England footballer Tyrone Mings got the attention of the whole nation when he called out the ‘hypocrisy’ of Home Secretary Priti Patel for condemning racist abuse while failing to back players taking the knee. 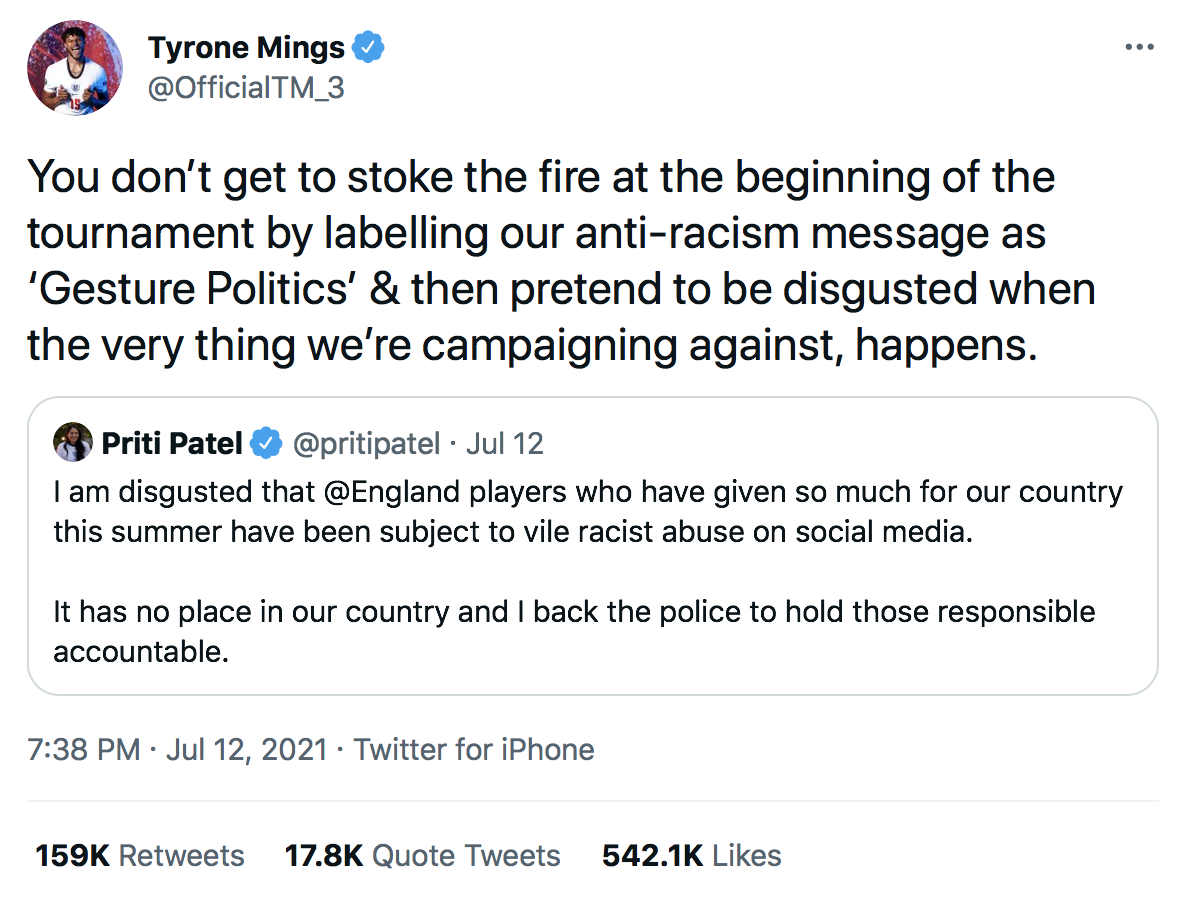 His comments spoke for many, many people and echoed criticism of Boris Johnson for doing the same thing (a Downing Street reception with the England team will now not happen).

And while one Conservative MP, Steve Baker, has said the party must change its attitude to taking the knee, others decided to go the opposite route.

Like Andrew Rosindell, the Tory MP for Romford, who took to Twitter – naturally – to tell Mings to ‘focus on football, not politics’. 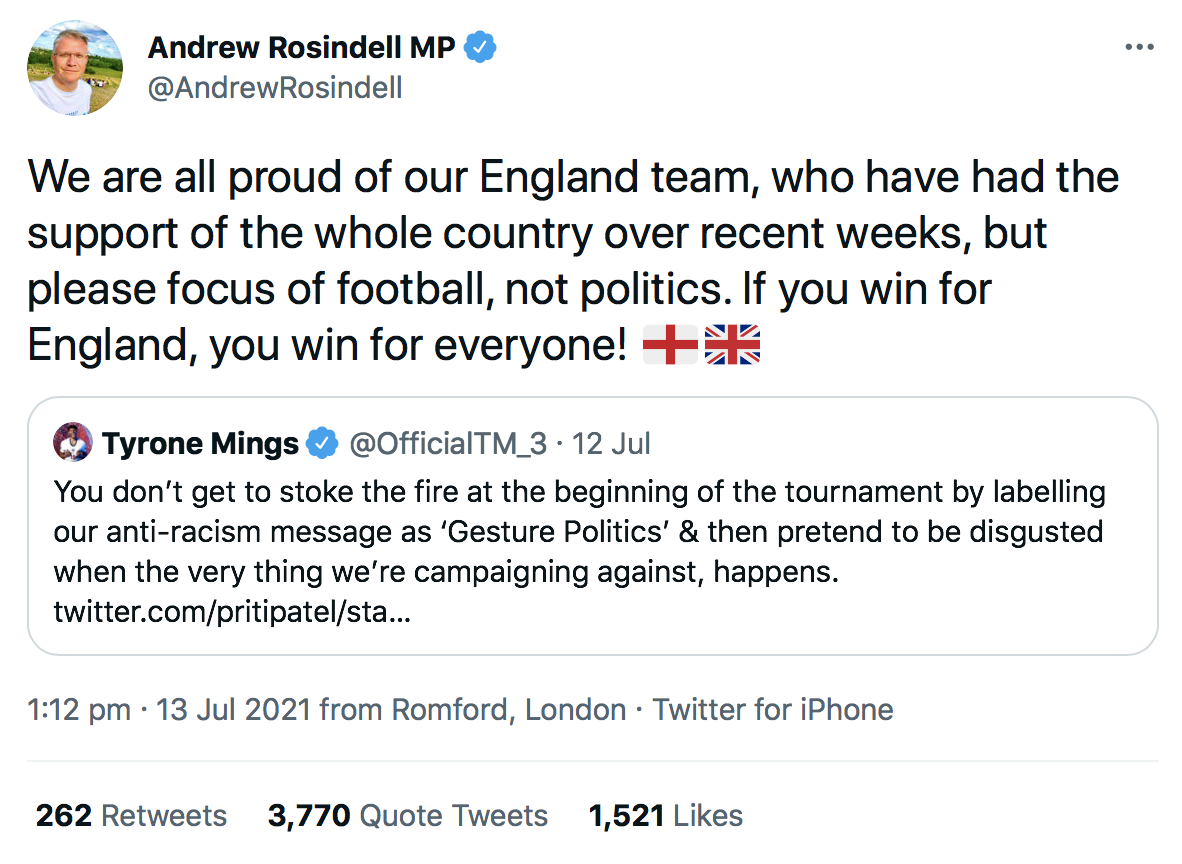 And it went viral, if not for the reasons he might have hoped, and these 13 takedowns were championship-winning material.

There seems to be a misunderstanding, Andrew. As a Member of Parliament, *you* work for *him*.

They can talk about whatever they damn well please mate.

What gives you the right to talk about football but they apparently can’t talk about politics? I wonder what it is about a group of young, eloquent, working class black men standing up against racism that you don’t like. https://t.co/dsp5XuZc3l

Just so were clear Andrew –

That isnt telling footballers to stay out of politics. Its telling black men what they are and arent allowed to say pic.twitter.com/JwSg9CgqsT

Tories:
“Stick to football, not politics*”

*unless you agree with us

“We believe in free speech*”

*as long as you agree with us. Don’t you dare protest or discuss our colonial past

“We don’t believe in gesture politics*”

PLEASE PLEASE PLEASE can MPs stop telling people not to get involved in politics. We live in a DEMOCRACY. Our elected representatives should be encouraging MORE participation, not less. You can’t tell people not to care about politics just because they don’t agree with you. https://t.co/Kkz3b9fzx1

Andrew, remember when you claimed £125,000 in second home expenses while saying you lived in a house 17 miles away? https://t.co/VY6hqeSawu

They can focus on whatever they like. It is absolutely not for MPs to police the political involvement of ordinary citizens. Oh the irony that yesterday they were claiming to be free speech warriors. https://t.co/VAPuM5kaM1

I cannot speak for more than just myself, but in the last 48 hours or so I have become more proud of this team’s off-field achievements than their amazing on-field achievements. The arrogance and privilege, here, is everything that’s wrong with those who govern us. https://t.co/qtE2ELKabY

MP tells voter not to focus on politics. You’re in the wrong job mate. Resign. https://t.co/V8x5Po6358

Conservative MPs actively telling *citizens* not to engage politically; what a democracy we live in. They are citizens not just footballers. Next they’ll be banning protests – oh wait..

2016: “The reason people don’t get involved in politics is because all the decisions are being made in Brussels. When we leave the EU, people will get their democracy back and start to become more involved.”

Not this ‘focus on football’ shite again. He did, pal. That’s why he plays for England. Why shouldn’t he question the way his country is run? Why shouldn’t he call out politicians who openly undermine what he and his team are trying to do? I love how much you’re all rattled by it

So politicians can talk about football (particularly when they think they might bag a vote or two), but footballers shouldn’t talk about politics. Freedom of speech for all…except for those pesky footballers who should know their place. https://t.co/PNek9qiesw