England and Aston Villa player, Tyrone Mings, had the ultimate response to the widely condemned Priti Patel tweet in which she condemned racial abuse of the team. 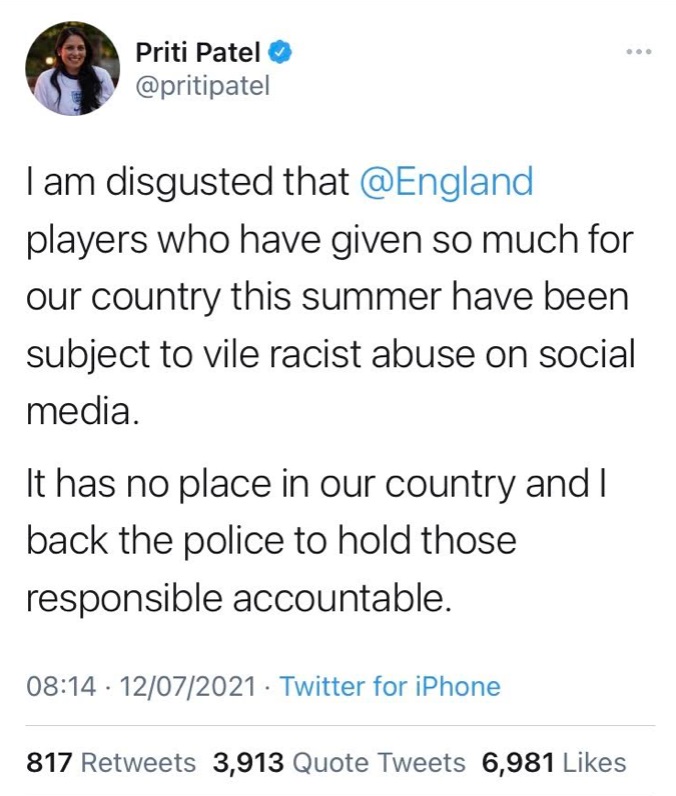 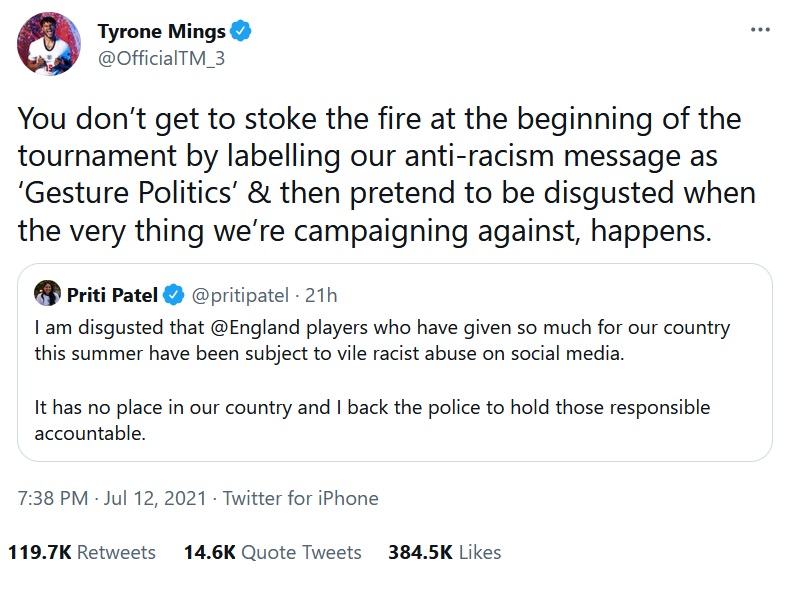 Despite the Home Secretary’s tweet having been panned for hypocrisy and lack of self-awareness, the words of someone so personally affected by her past comments carried extra weight.

Deputy Labour Leader, Angela Rayner, summed up the general feeling towards the team.

This. Leaders on and off the pitch. https://t.co/byf02I9nIb

These 11 reactions reinforce that.

Back of the net. https://t.co/v4IBUcnFwf

There isn't a chef's kiss big enough for this https://t.co/3TjHboYz3W

This is an England team to be endlessly proud of. The government has bitten off more than it can chew. https://t.co/925OyoZXgd

Tyrone Mings and Marcus Rashford to run the UK. Start the petition. pic.twitter.com/KwMjZcjdPO

It's time to form a defensive square around our belle of the border force, @pritipatel. https://t.co/qs0H7s0Etj

Tyrone Mings has tackled Patel there the way they used to in the seventies. WELCOME TO THE GAME SON.

I love this team. https://t.co/WorHPcsLl4

Perhaps this England team may not be going into commentary or management after their playing years.

We will be the first country to replace the cabinet with the football team. https://t.co/h0tuQLmAYo