You’ll probably have heard by now that extraordinary phone call in which Donald Trump appears to try to pressurise Georgia’s top election official to find the extra votes he needs to defeat Joe Biden in the state.

The Georgia secretary of state Brad Raffensperger’s staff had a press conference to refute Trump’s claims of electoral fraud, and just in case anyone was still in any doubt, they helpfully did this. 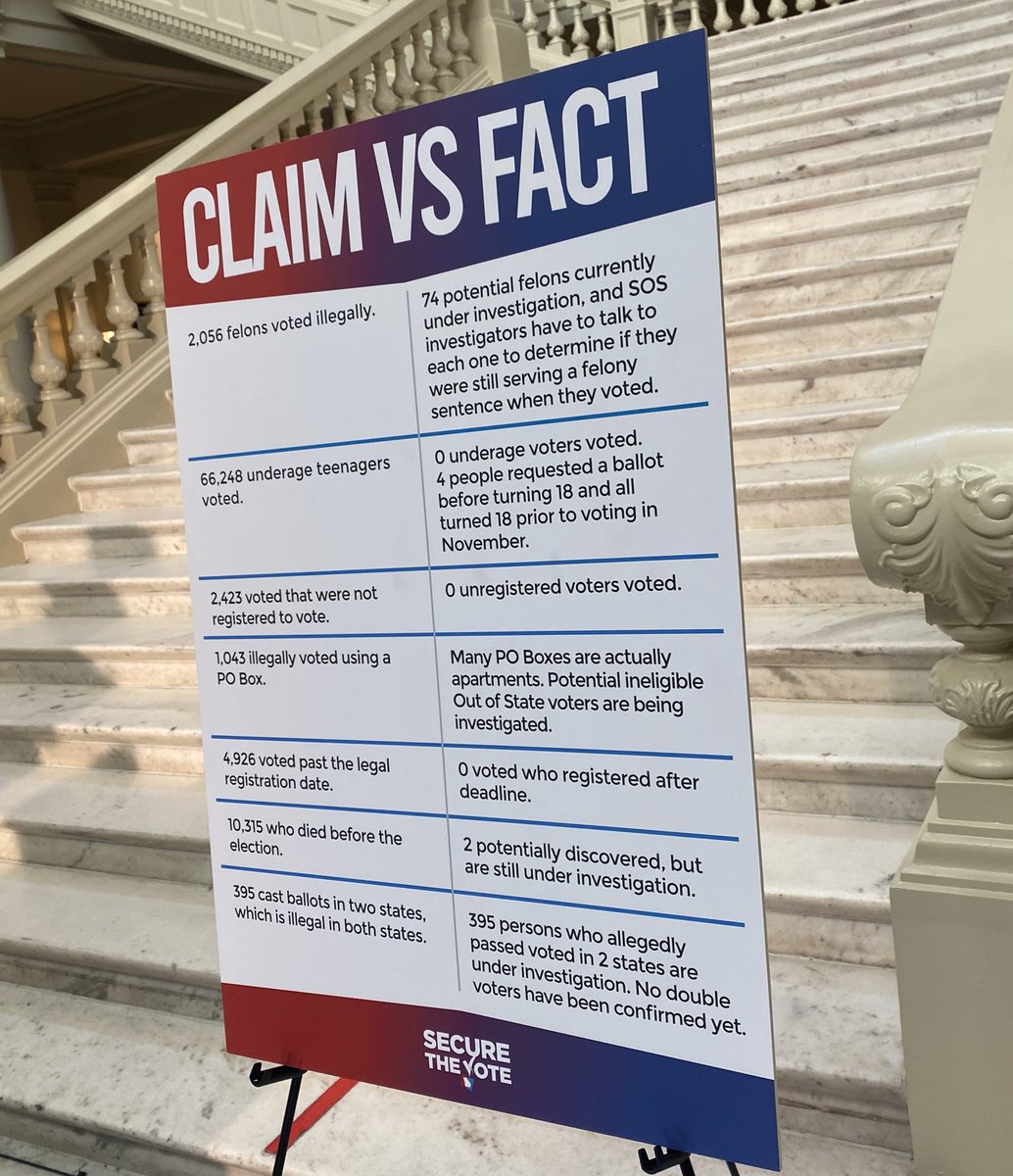 The board was shared on Twitter by journalist @JustinGrayWSB and also went viral on Reddit where it was posted by jcepiano.

I did a double-take when I saw this. Yes, other Republican occasionally distance themselves from Trump, demur or differ some, express a measure of disappointment or concern–but how many boldly and clearly and unapologetically refute his lies? What a breath of fresh air! https://t.co/CgreFlUs0U

One sign of a liar is if they give too much information or are too specific. Them’s some pretty specific numbers. To make those claims exactly seems they would have some very specific and auditable proof they could have showed in court.