A highly questionable complaint from 2020 has popped up again after being shared on Reddit’s r/facepalm forum.

It centered around an employee of The Chowder House restaurant in Alaska, Bryant Griffith, who wore this T-shirt, complete with a polite and important message. 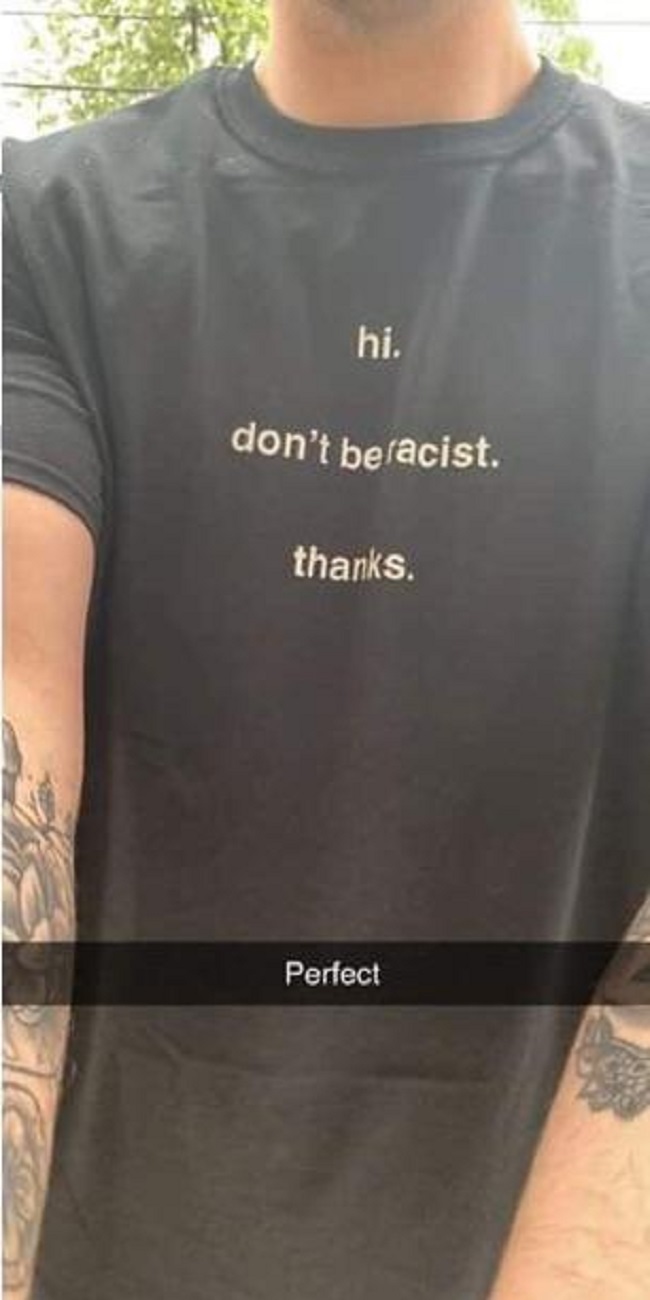 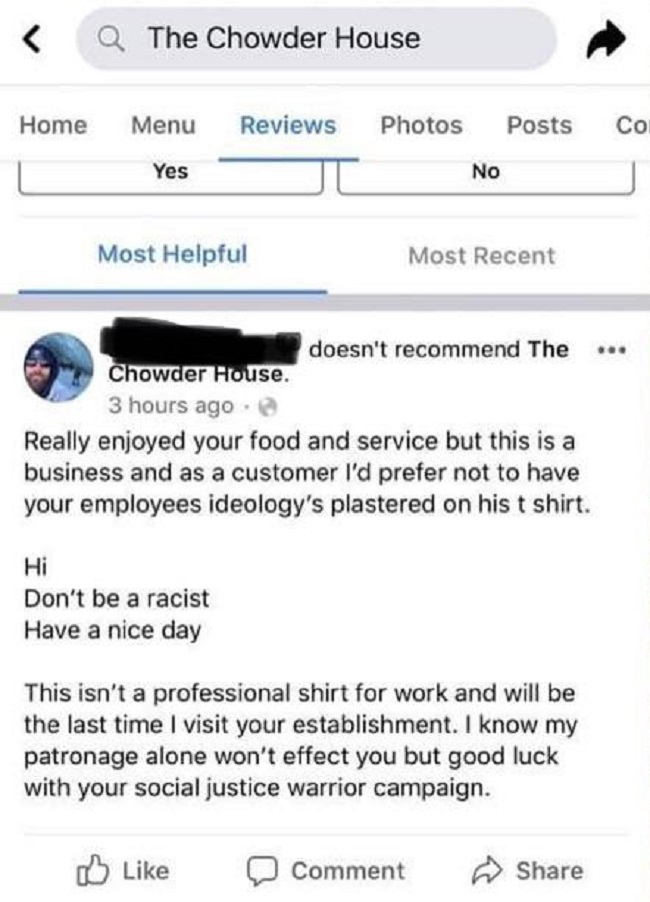 The Chowder House happily sided with their employee and his shirt’s message, and it seems other people did too, because their Facebook page received a lot of reviews like these.

Thanks for choosing to stand on the right side of history! it takes a very small, very racist person to be “triggered” by someone’s shirt that has a kind and much needed message! don’t let the racist back in your establishment! And give that kid a raise!
Cindy Wells

I have never eaten here before, don’t even live here but I WISH I COULD. The amazing response management had in regards to human rights and the ending of racism is spectacular! I’m so happy 💕
Sarah Santiago

A true gem in Fairbanks! Lovely ambiance, it has a very “we hate racists” vibe. The food is top-notch as well! With every bite, you can taste beautiful flavors swirling in a symphony of anti-racism.
If you’re a racist, it tastes like cardboard though, so maybe don’t eat here if you don’t like people based on the color of their skin.
Tom Pinney

Reddit users weren’t impressed by the weird complaint, either.

So not being a racist prick is ideology now. Interesting…
WhatevUsayStnCldStvA

These easily triggered snowflakes are so easily offended!!
funkymagee

Being against racism is as much of a discernible ideology as being against murdering your whole family or filling the ocean with gelatin are ideologies. They’re not really ideologies because they are the default, just like not being racist is not really an ideology.

“Don’t be a racist” is as much of an ideology as “don’t stab strangers in the head for no reason” is.
xentralesque

A Reddit user named u/Ourobius made this excellent point –

If a shirt that says “hi. don’t be racist. thanks.” makes you uncomfortable, then you are probably exactly who that shirt is for.

Hopefully the most petty, racist review you’ll see today – or ever