Time now for the latest in an occasional series, anti-vaxxer comeback of the week, which goes to this gem shared by Redditor beerbellybegone who said: ‘Same same, but different.’ 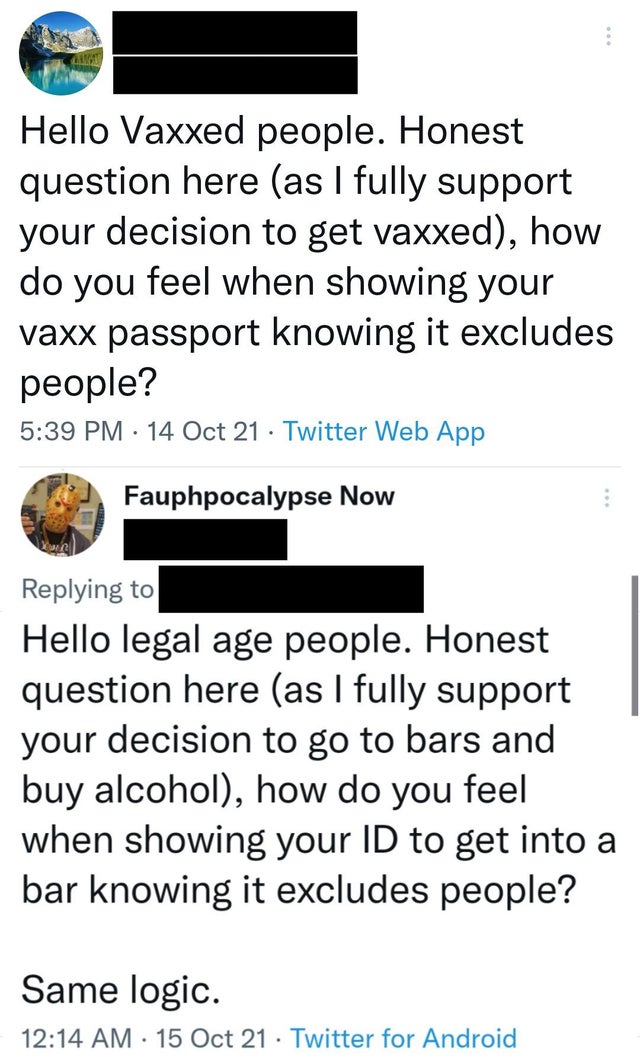 No more questions, your honour!

‘A better analogy would be a drivers license. You need to get one for public safety. It does exclude people, but for the common good.’
Jasper455

‘At least being under 21 years of age isn’t a choice. Being unvaccinated* is.

* Yes I know some people have legit medical reasons for not getting vaccinated, I’m not mad at them as they already go to great lengths to protect themselves.’
LostBoyBarney