This fabulous Cher takedown isn’t entirely new but it’s just gone viral all over again on Twitter and it hits every note. 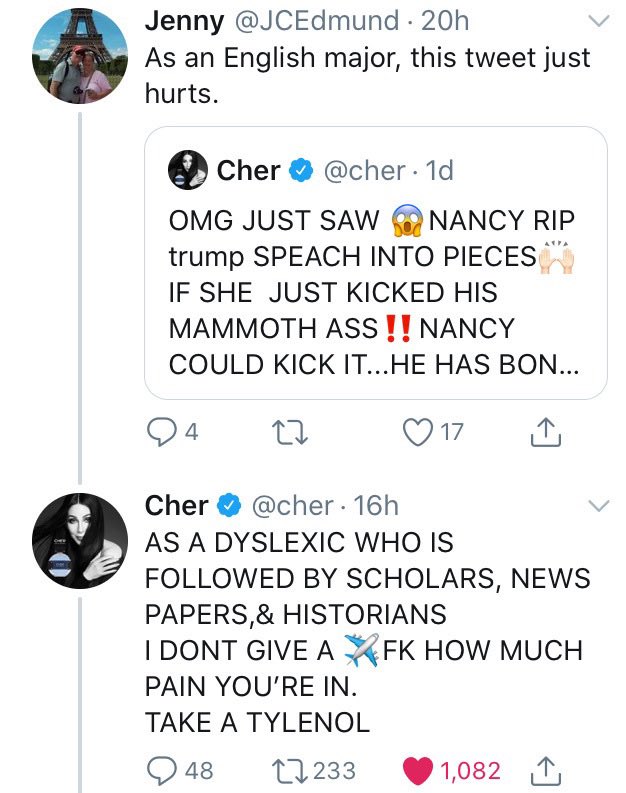 It was shared by @cherdoingthings over on Twitter and has since been liked more than 150,000 times.

As an English major, I agree with Cher.

As an English major, I'd like to point out that Jenny's tweet begins with a misplaced modifier.

You know misspellings and stuff bug me a little too. But I don't feel the need to try to make myself sound like a I'm a better person bc I make typos too and a lot of people have a hard time writing for neurodivergent reasons, like Cher

As an English major, I second this. 👍