14 glorious times Nadine Dorries owned herself into next week

There was no shortage of raised eyebrows at some of the appointments in Boris Johnson’s newly reshuffled cabinet, but it’s fair to say that none of them raised more eyebrows than Nadine Dorries as the new Secretary of State for Digital, Culture, Media, and Sport.

We only say this because of Dorries’ occasional penchant for making hilariously ill-informed claims, invariably (but not always) on Twitter.

We’ve rounded up 14 of her most memorable gaffes and self-owns (and you can read everyone else’s reaction to her appointment here).

1. When she took aim at Dominic Cummings and blew her own foot off 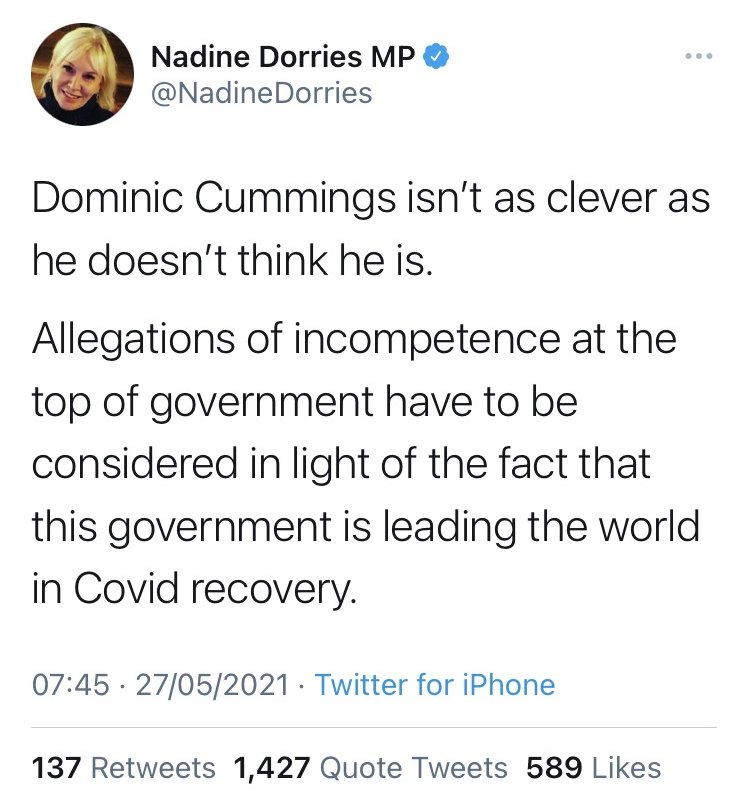 2. When she claimed the Tories created twice as many jobs in Hartlepool as there are people 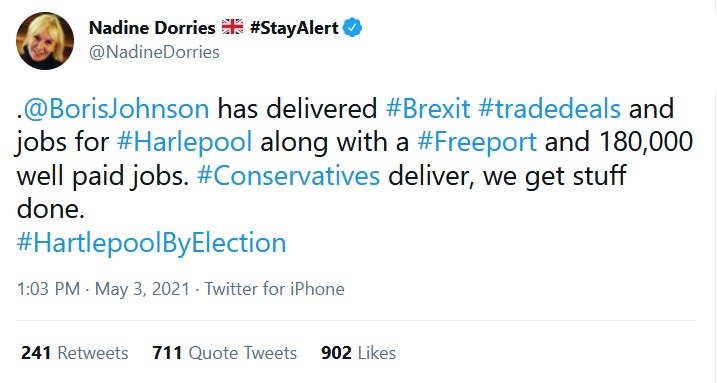 Is Nadine Dorries the thickest person ever to have walked the halls of power in the U.K.?#HartlepoolByElection #NeverVoteConservative pic.twitter.com/wrEjhKcrjx

3. When she said drones were scared of dogs

That’s the same Liz Truss who thinks that drones are scared of dogs. pic.twitter.com/Ki8pGfHrrk 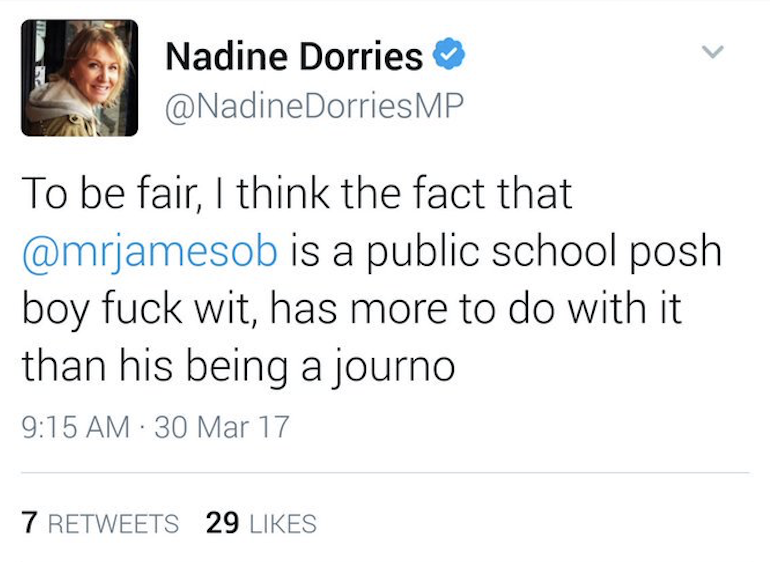 This woman is an MP. I went to Ampleforth College. So did her daughter. https://t.co/nxKcvvIXFM

5. When she said ‘left wing snowflakes’ were ‘dumbing down panto’ 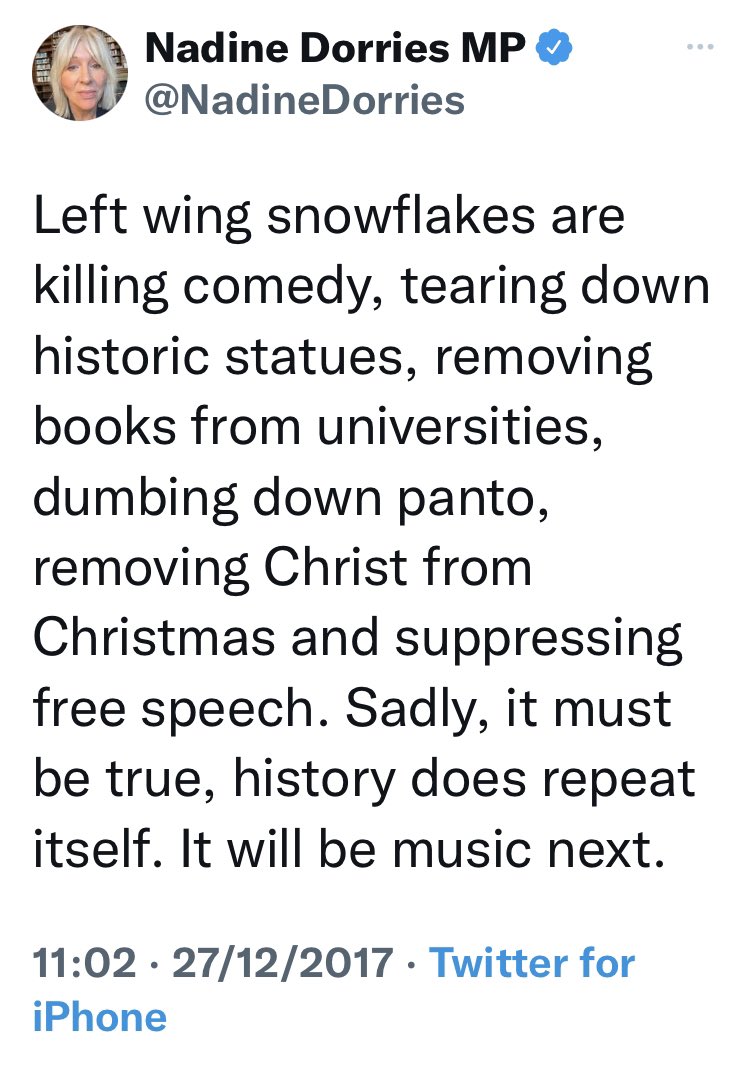 6. When she complained that we won’t have any MEPs after Brexit

Anyway here’s brexiter Nadine Dorries complaining that we won’t have any MEPs after Brexit pic.twitter.com/GmueMTK2b9

Nadine Dorries seriously just complained that the Brexit deal gives us “no MEPs, no commissioner, no votes”. 🤦‍♂️🤦‍♂️🤦‍♂️ #skynews

7. When she said no-one predicted Covid would be over by Christmas 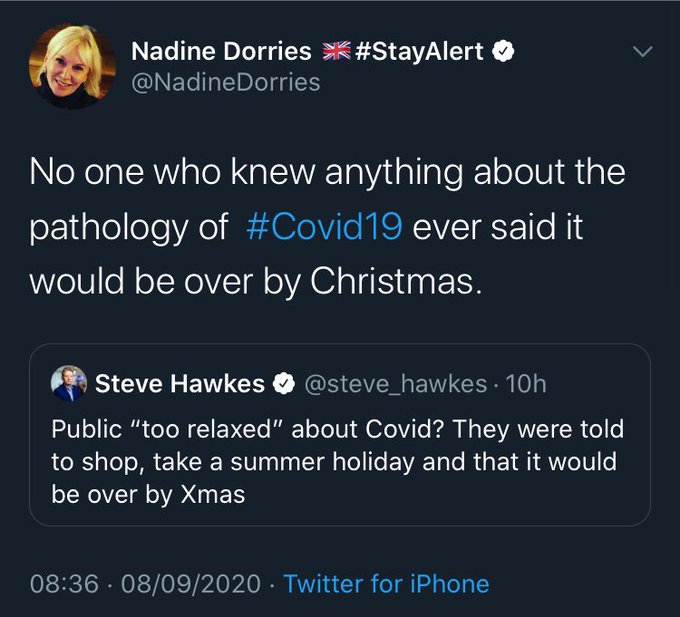 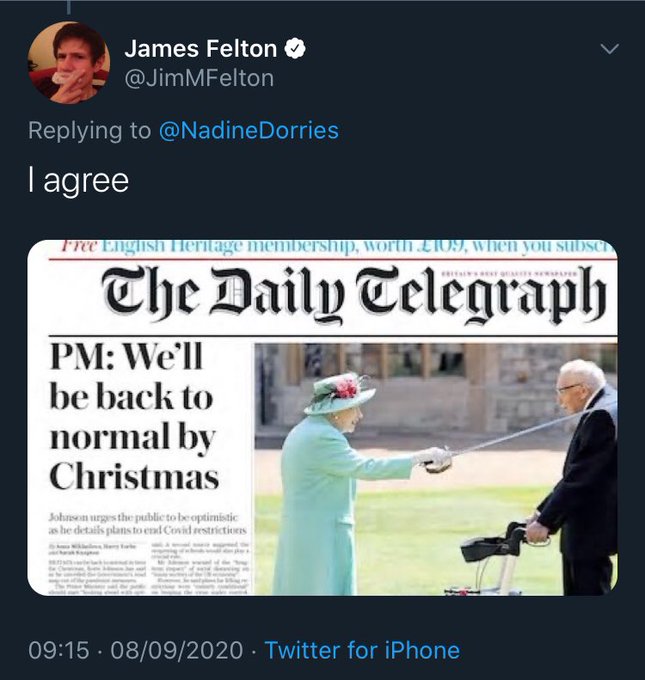