We’ve all had the experience of ordering something that doesn’t quite match expectations when it turns up. But so long as it’s not too far off then it’s probably not worth kicking up a fuss.

But this cake topper ordered for a one-year-old’s birthday party didn’t just not meet expectations. It wasn’t even in the same dimension.

‘My son turned 1 yesterday. This was the topper to his space themed cake. Left is what we ordered, right is what we got,’ said Drewlyn over on Reddit.

And it went wildly viral because, well, look. 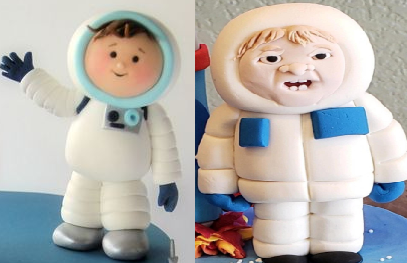 ‘Right is left in 60 years.’
Guacanagariz

‘Right has seen some shit.’
GandgreyTheElf

‘This is a straight up don’t do Meth ad.’
Rivster79

Just in case, like this person, you’re wondering how they could possibly look so different.

‘They wanted it to look like their son, and handed in a reference photo.’
yeahidkeither

‘Aaaaah, that makes a lot more sense. The original is waaaaay easier to do, making realistic faces is a very different skill.’
Kaysmira

‘Wut the f is on the right?’
SalamanderCharming37

‘That’s my son. Don’t talk to me or him ever again.’
Drewlyn

Drewlyn later shared a picture of the topper on the cake.

‘A few people asked for a picture of my son’s birthday cake after seeing its horrifying topper. Here it is.’ 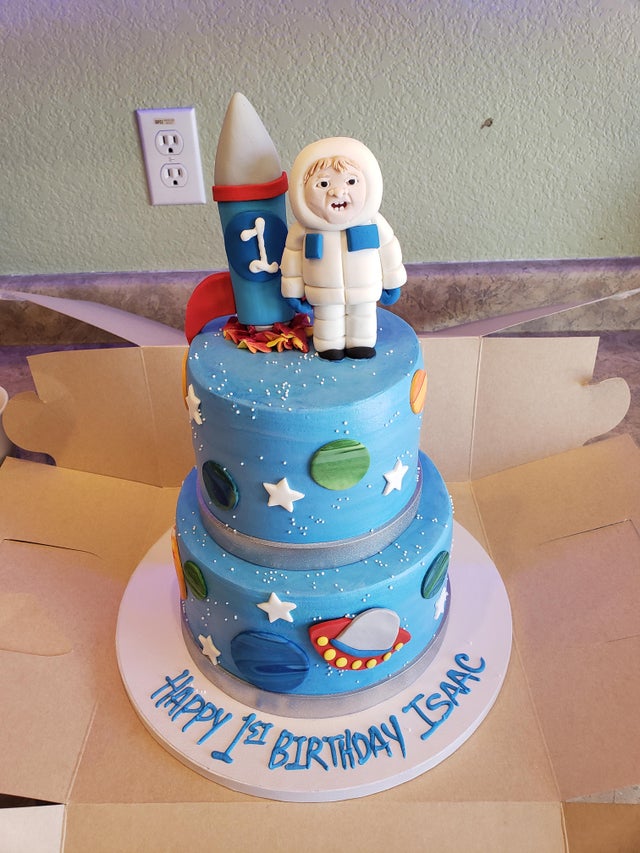