Peter Crouch has just gone viral all over again for this all-time great Twitter comeback.

It began when a guy called Darren Goulding took the time to tell the former England footballer turned author and broadcaster how much he was enjoying his podcast.

It prompted the snarkiest of replies from someone called Bryony, who Crouch then owned into next week. 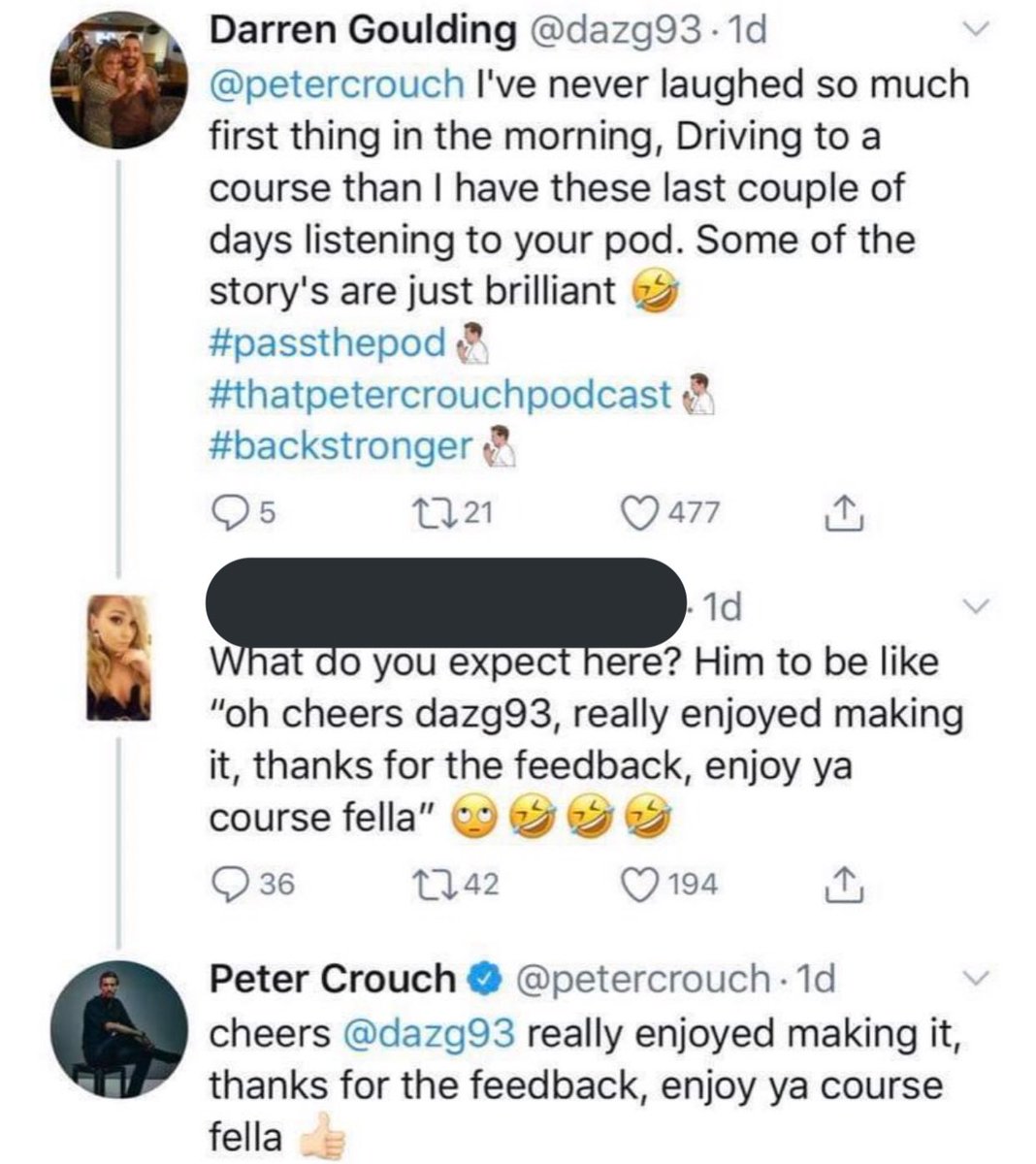 Simply perfect, and it went viral again after it was shared by @DudespostingWs on Twitter.

What a king, scoring goals even after retirement

And it reminded us of another Crouch exchange from back in the day on Twitter which was both awful and awfully funny. 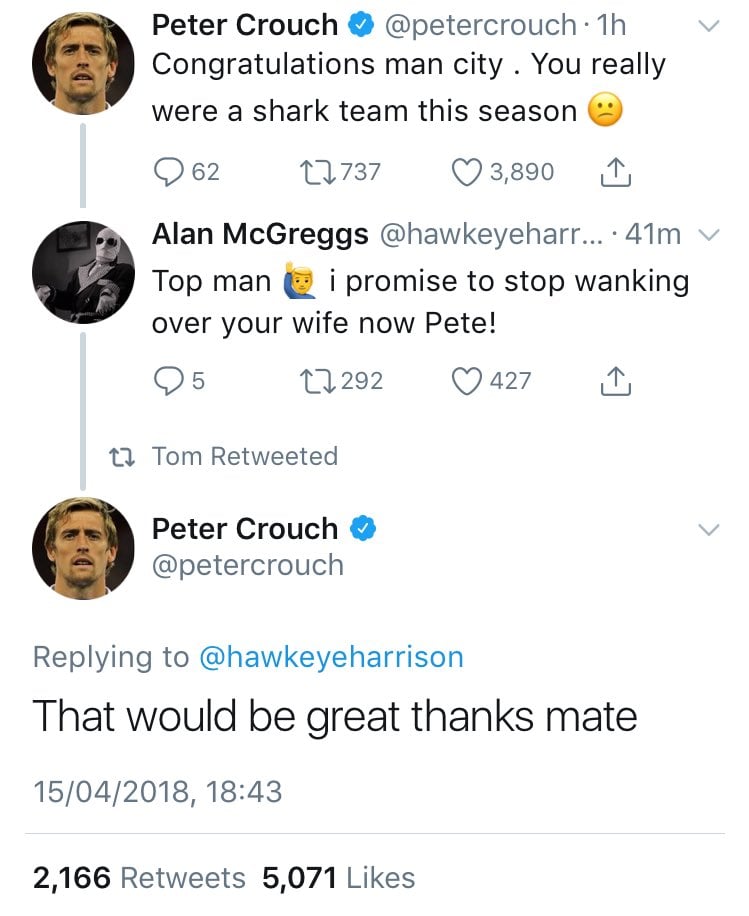 ‘If over-30s were on Love Island’ is hilariously relatable