The latest in an occasional series, ‘bridezilla of the week’ goes to this bride-to-be who wanted something extra special to give out to her guests at her wedding.

Specifically, she wanted some 3-D printed bespoke miniature wheelbarrows from this 3-D printing expert who later shared the exchange on Reddit.

And it went viral because it’s a proper jawdropper. 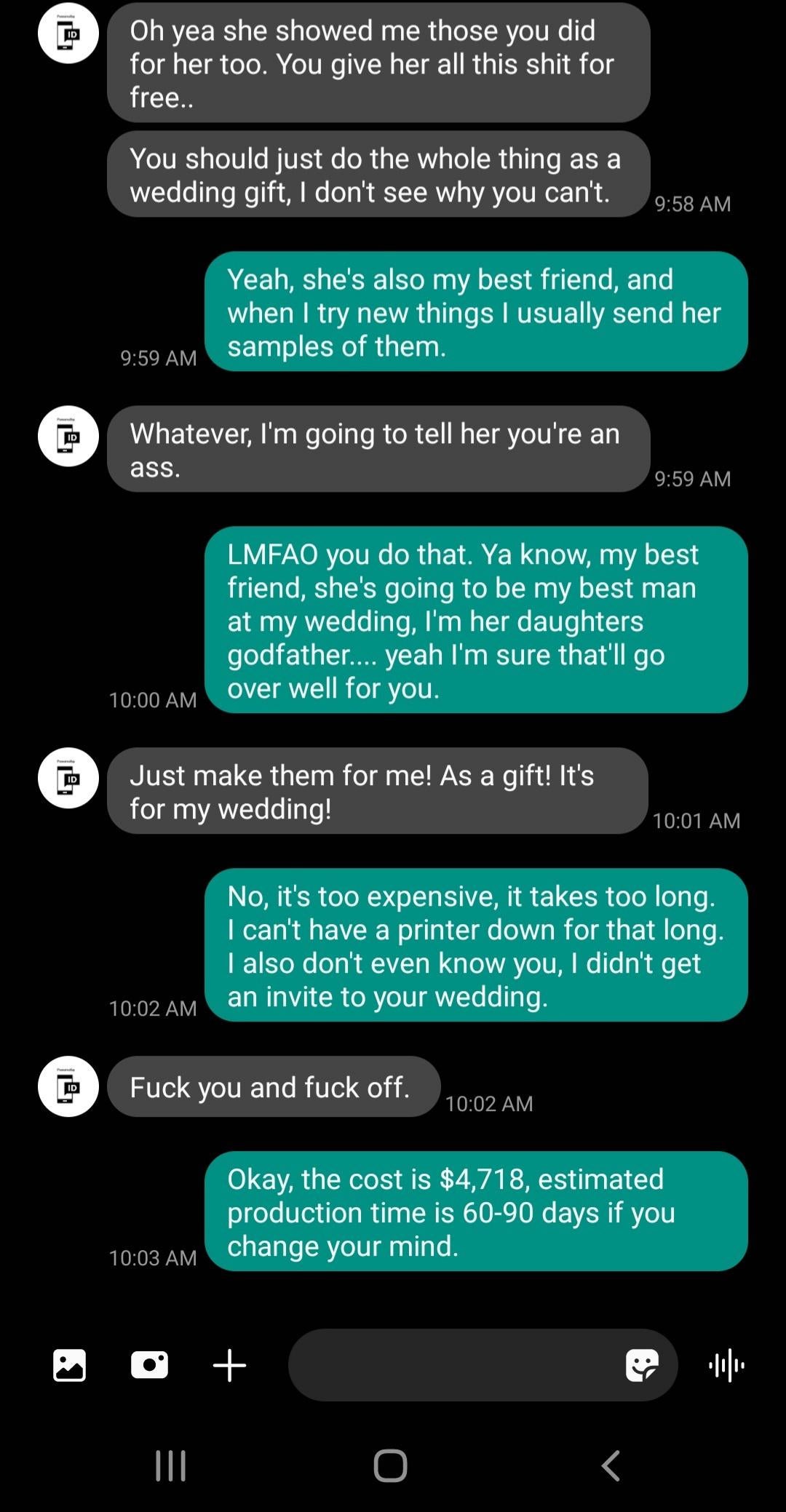 ‘Where do people get the idea that they deserve free shit from everyone just because they decide to get married?’
MooshuCat

‘I dont know how you engaged with them so long. After the first time they said it was a scam I would have sent them a picture of my asshole.’
The123123

‘A 3D model of your asshole with their initials.’
believemoore

‘You broke it down perfectly. She was getting like a 55% discount, and she still wants it as a freaking wedding gift from someone she’s never met.’
notsas

‘I want to personally say you have the patience of a saint lol like wow, it is insane you managed to stay so calm and collected during that. Best OC I have seen on here in awhile, nice job dude.’
peachysupreme

‘You should have your friend give one of the wheelbarrows as a wedding gift, with an inscription saying “fuck you.”
csmjazz