The always popular subReddit ‘murdered by words’ describes itself as a place for ‘well-constructed put-downs, comebacks, and counter-arguments’.

And this exchange which has just gone viral is a classic of the genre, a restaurant which was criticised by a customer for the wording of its sign encouraging people to give tips.

‘How NOT to Run Your Social Media 101,’ said mialunalight who shared the exchange over on Reddit. 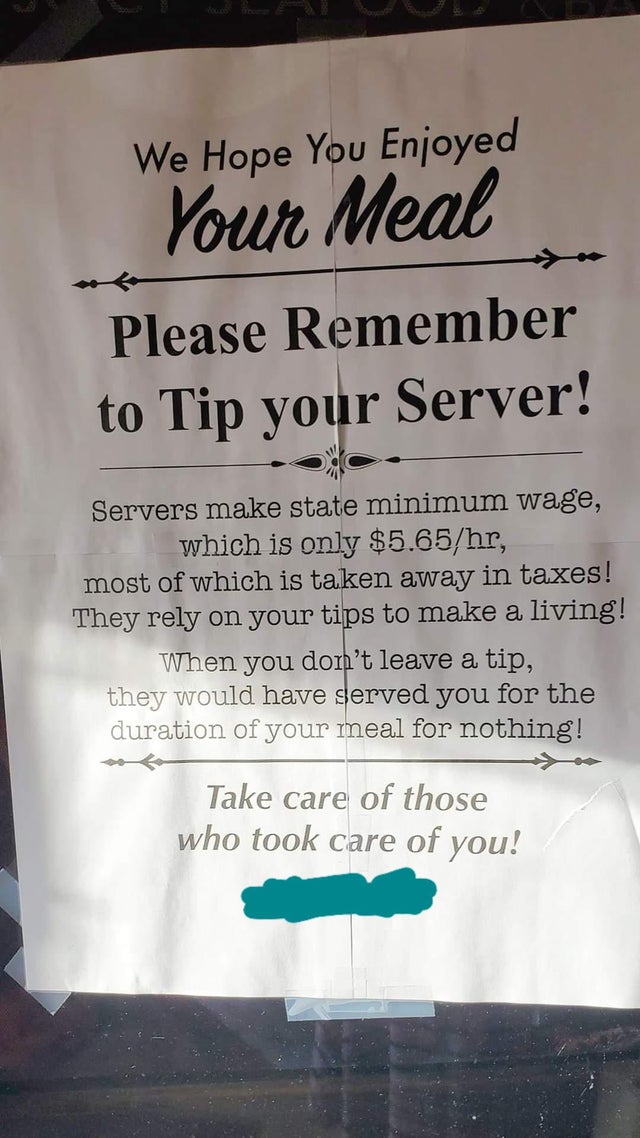 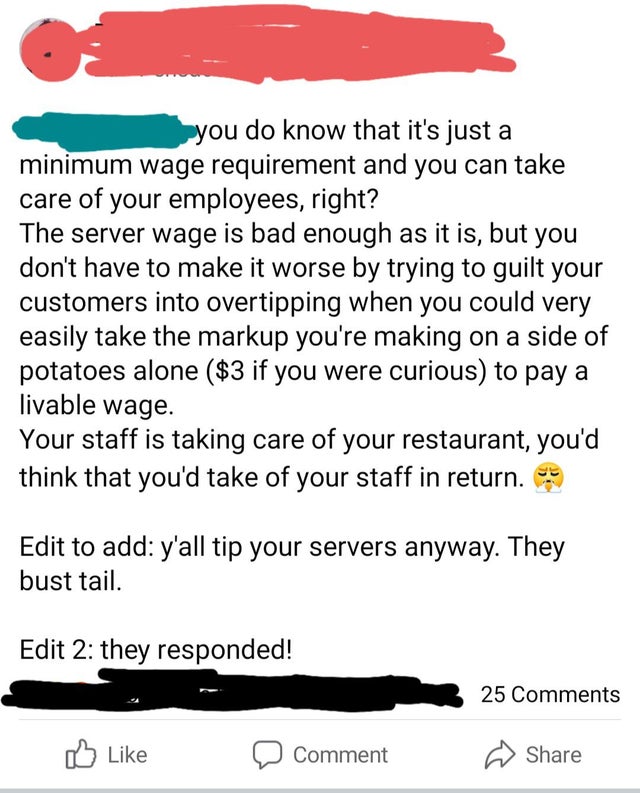 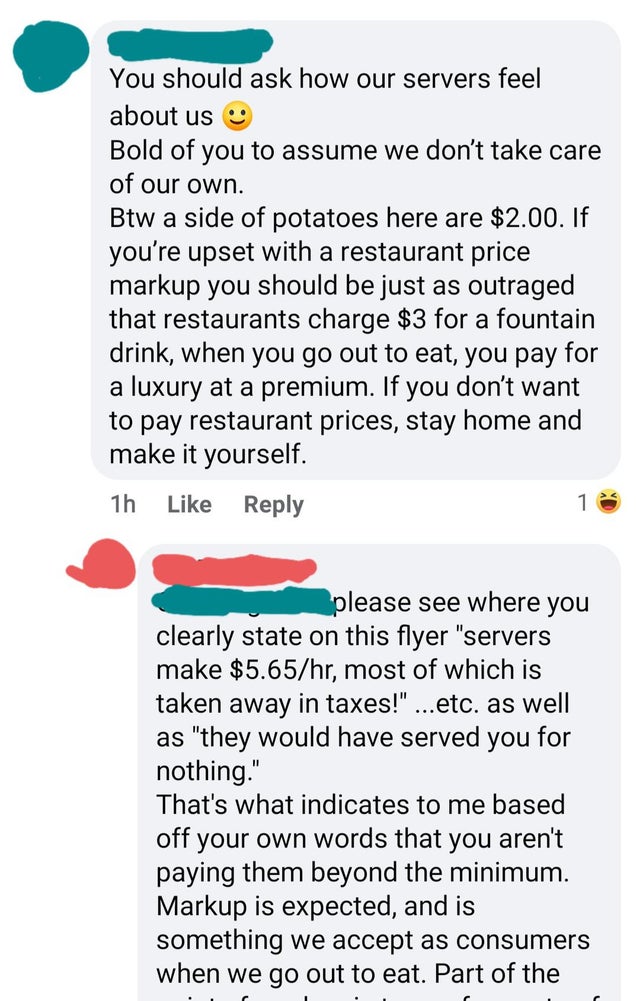 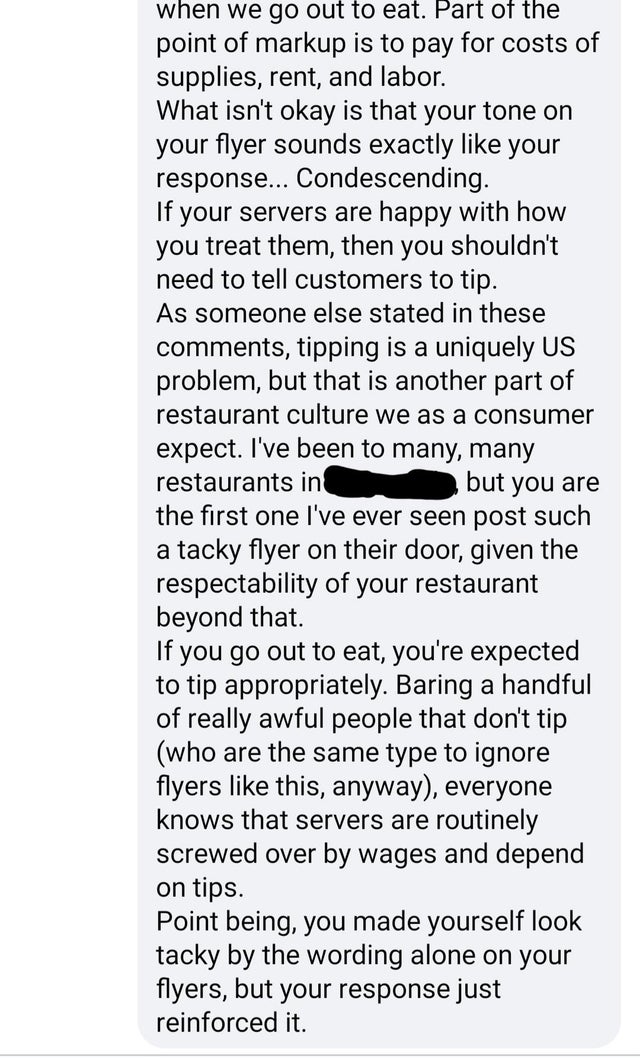 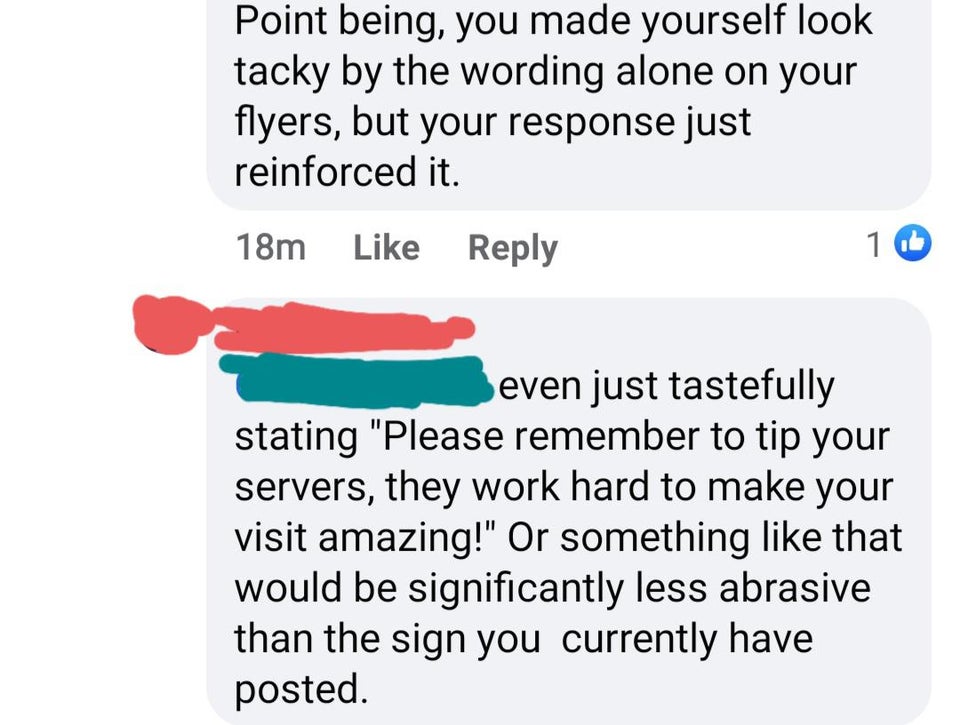 Got their just deserts.

And just three of the many things people said about it.

‘I love business owners who think openly being aggressive, and dismissive on their social media paints them in a good light.
CrashFenderWasntMe

“I am an owner of a restaurant with a number of employees but I expect my customers to subsidize me not paying them a living wage.”
NoBSforGma

‘If only there was someone that had the power to change their wages. Someone that could maybe choose to pay above minimum wage and take away tipping? Ah well, crazy talk.’
Gullflyinghigh

Bench plaque of the week