The Friends reunion – you might have heard about it, it got a bit of media coverage – prompted this old magazine feature to go viral on Reddit.

It’s Star magazine back in 2004 with its prediction what the show’s six stars would look like in 20 years time. So they’ve still got three years to get it right but, well, look at the state of this. 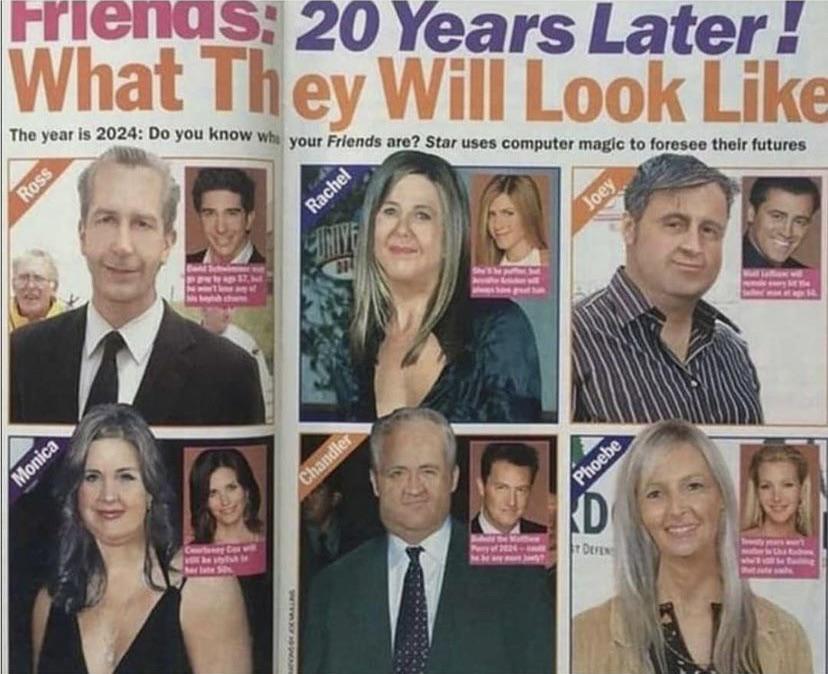 That might be more entertaining than the reunion show itself.

But as some people pointed out, they did get one thing right.

‘That is literally the same shirt that Matt Leblanc is wearing in the reunion.’
furyus111 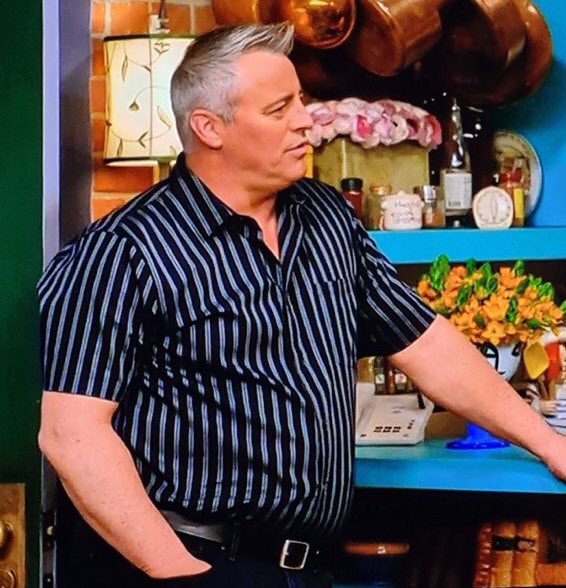 Now it’s got us wondering if he did it deliberately. Surely not.

Everything else, though, wasn’t quite so on the money. Here are our favourite comments after it was shared by RollerGirlB on Reddit.

‘The cast was in their mid 30’s in 2004 when the show ended. So this magazine tried to age them to their mid 50’s and came up with THAT?’
staybig

‘2004 prediction: In the year 2021 the entire cast of Friends will contract mumps.’
bluecoastblue

‘Do…do they not know money helps you age gracefully??’
hellothere42069

‘This is more a representation of how bad 2004 photoshop skills were than anything else.’
FuzzeWuzze

‘My 2004 Photoshop skills were better than this haha.’
last_rights