This anti-vaxxer cartoon from the 1930s went viral all over again because it’s as grimly relevant today as it was back then.

Comic made in the 1930s. History repeats over and over pic.twitter.com/7Hug8nFuuj

Here it is again in full. 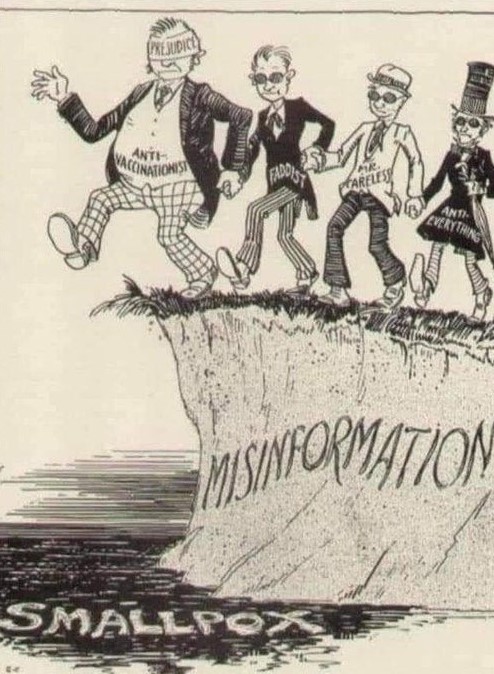 And just in case that’s tricky to read written on them is ‘anti-vaccinationist’, ‘faddist’, ‘Mr Careless’ and ‘anti-everthing’ walking over a cliff of ‘misinformation’ which just about sums it up.

The illustration is from a 1930 cartoon booklet called ‘Health in Pictures,’ according to the good people of the HuffPost.

It was shared by @Padraic_Judge on Twitter who said: ‘Comic made in the 1930s. History repeats over and over’ and prompted @Stay2mApart to share this one which is similar but different. 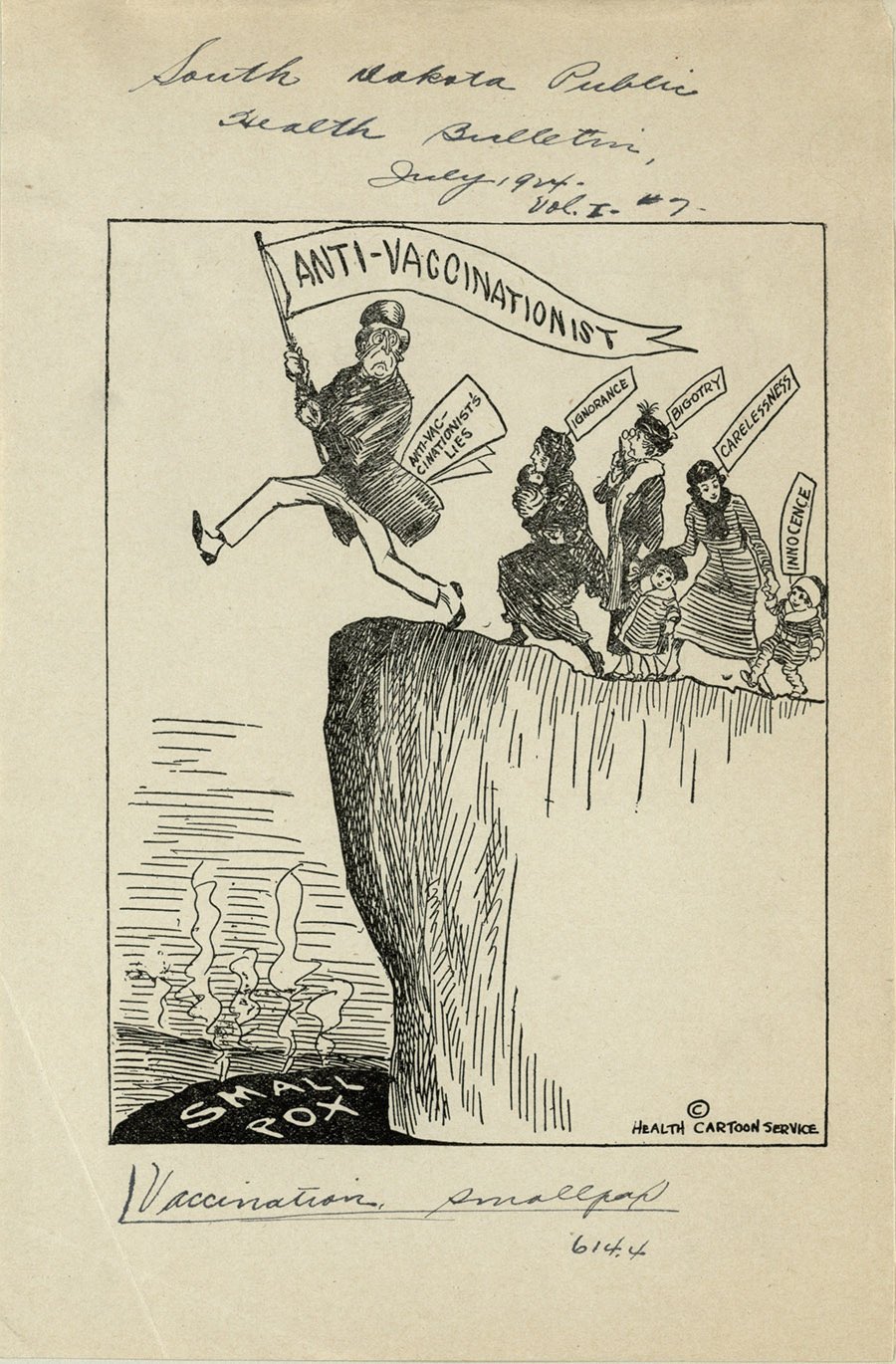 Here are just three of the responses it prompted after it went viral on Reddit.

‘It’s almost like if we don’t learn from the past we’re doomed to repeat it.’ FailureToSociety

‘Smallpox vaccination is very old, from the 18th century possibly older. In the 30s and especially the 50s their were major eradication efforts. Smallpox is by far the most deadly disease in human history, it killed an estimated 300 million just in the 20th century alone.’ MR___SLAVE