This is simply a fabulous tale of petty revenge which went viral because it’s funny and so well done.

It was shared on Reddit by winmdoze on the subReddit ‘Am I The Asshole?’ who asked if they were in the wrong by publicly shaming the people who nicked plants and other stuff from their mum’s front garden. 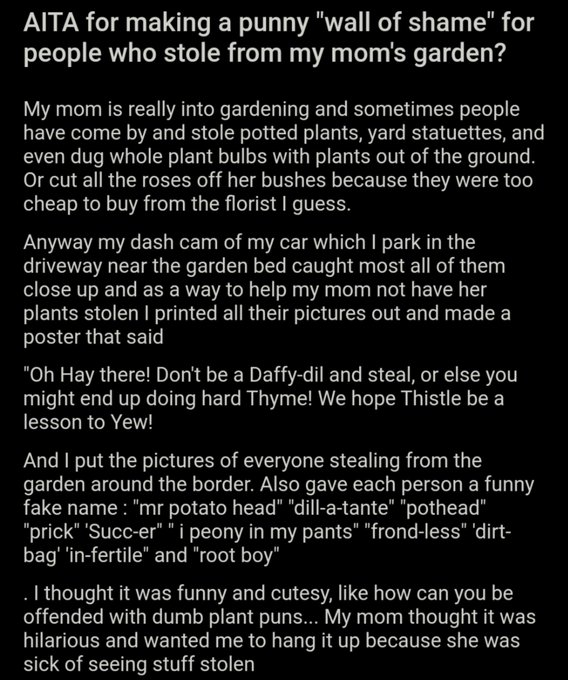 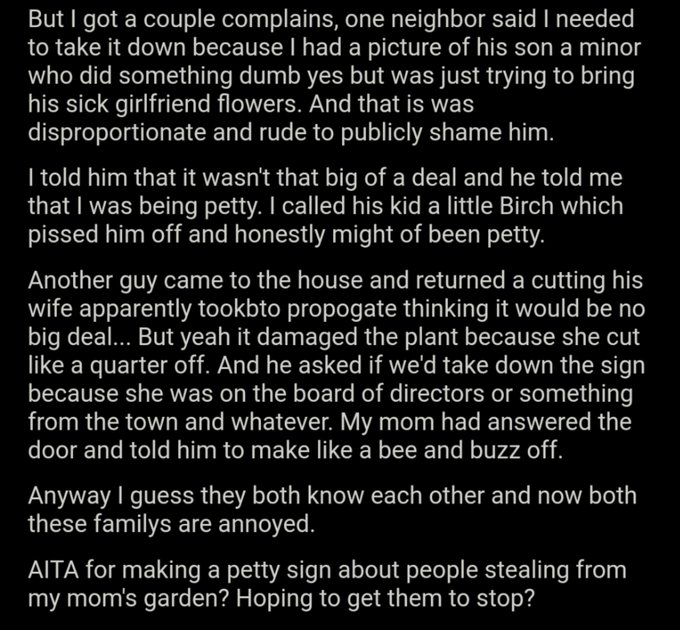 And you won’t be surprised to learn that the answer to their question was a resounding no, they are not the asshole.

‘NTA. These people STOLE. That’s a CRIME. And instead of pressing charges or whatever you have created something TRULY DELIGHTFUL. (I wish I were half as clever as you because I’d come up with a pun of my own.) Not only are you not an asshole, you’re also my hero.’ the_spacemambo

‘NTA. If they don’t like it, they can get clover it.’ HeyAnnieAreYouOK

‘NTA. Don’t do the crime if you can’t do the thyme!’ athshe2

And you can find lots more people asking the same question – Am I The Asshole? – at @AITA_reddit over on Twitter.

17 hilariously petty ways people took revenge on their loved one

AITA for making a punny "wall of shame" for people who stole from my mom's garden? https://t.co/w5Gutrh9Dk pic.twitter.com/ZonPRRd4hI

Simply 25 great tweets from the past week