The adoption advert for this ‘demonic man-hating Chihuahua’ went wildly viral on Twitter and people just adore him despite (or maybe because of) everything it says about him.

The Facebook post was shared by @HLMongoose who said: ‘This is the best thing I’ve read in awhile.’

And really, you’ve probably not read anything quite like it.

This is the best thing I’ve read in awhile. pic.twitter.com/rdn3X6GeWH

Here’s the ad in full, in close-up. 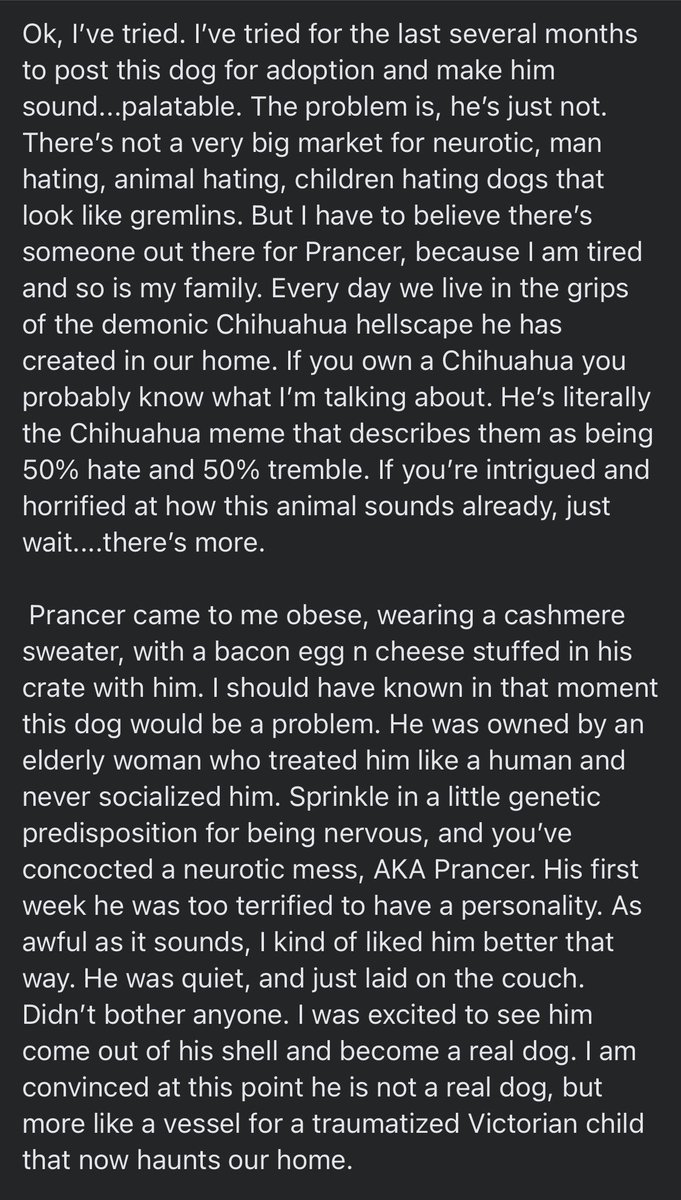 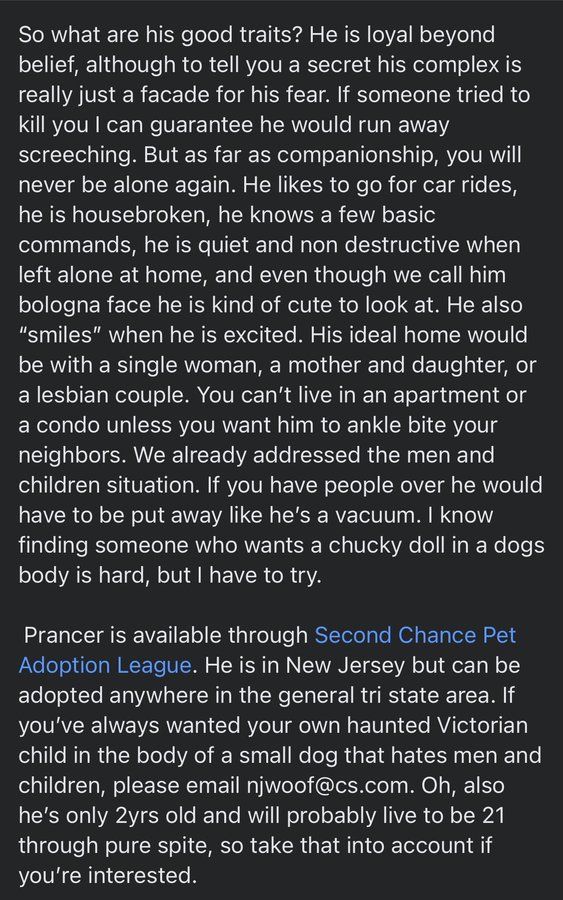 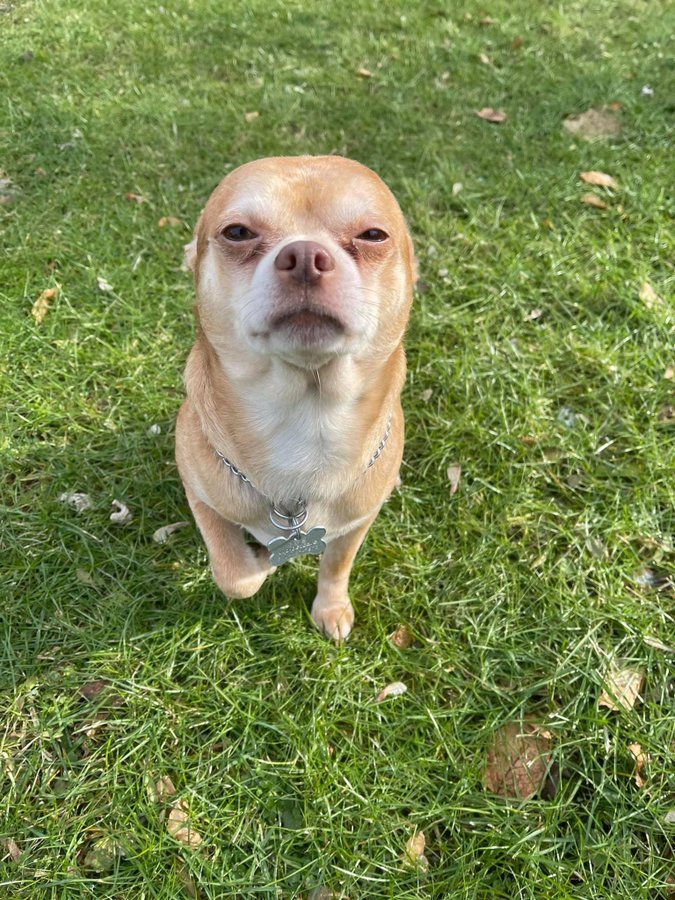 And here are just a few of the many, many things people were saying about Prancer (and the ad).

Love the line…”when people come over he needs to be put away like the vacuum.”

He looks adorable and I had considered it but I already live with a chihuahua that’s essentially Prancer only tinier.

What a magnificent little jerk ♥️♥️♥️

I want this person to write my obituary. Truth be told, she would just have to cross out “Prancer” and put in “Primrose Lane.”

sounds like most Chihuahuas
I would bet a prior Chihuahua owner would take him. They know how they are.
I reached my hand into a box of weeks old puppy chihuahuas to get them out for a vet exam and it was like sticking your hand in a bowl of piranhas. 😁

“I bet she wrote some mean shit didn’t she? It’s aight I’m going to piss in her shoes later and then shake about it.”