It’s a few years – 20, apparently – since Winona Ryder told this tale of how she took revenge on a school bully and it’s just gone viral all over again.

It was shared on Reddit by Str33twise84 who said: ‘Winona Ryder suffers no fools.’ 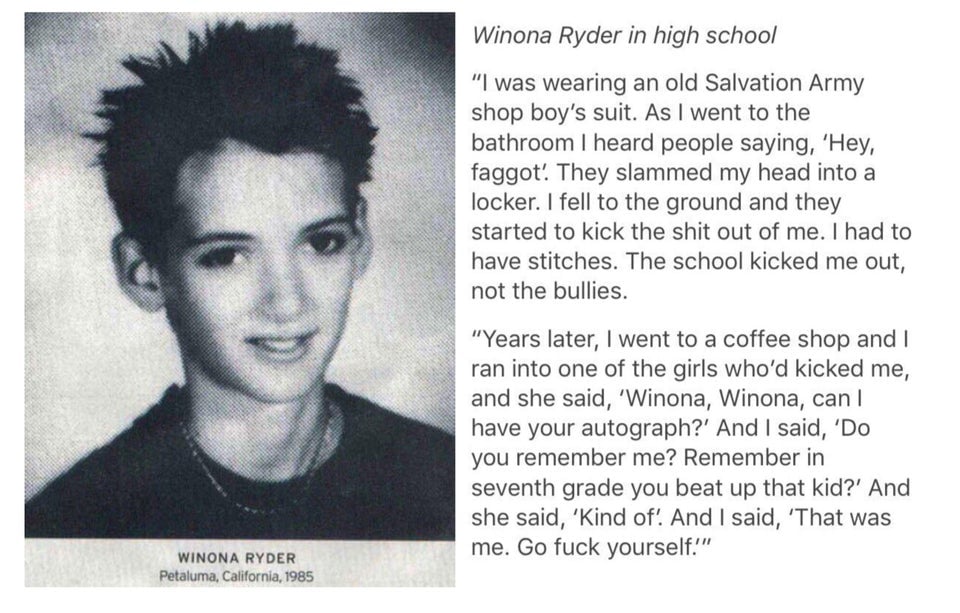 She told the bullying story to journalist Henry Alford in the August 2000 issue of Harper’s Bazaar,’ according to Str33twise84.

‘Hmmm kid getting bullied well let’s kick them out they won’t get bullied anymore.’ bluetortoise54

‘Happens to victims all the time. Not just for bullying, but rape, racism etc. Always easier to blame the perceived “weak” party than address the issue. Frankly, I intend to teach my kid how to punch and instill the idea that you never start a fight, but you damned well finish it.’ Certain-Title

‘I wonder if the school hit her up for a donation once she got famous.’ LocalInactivist