Donald Trump, but in Lego, and no wonder it went so viral because it’s … perfect. 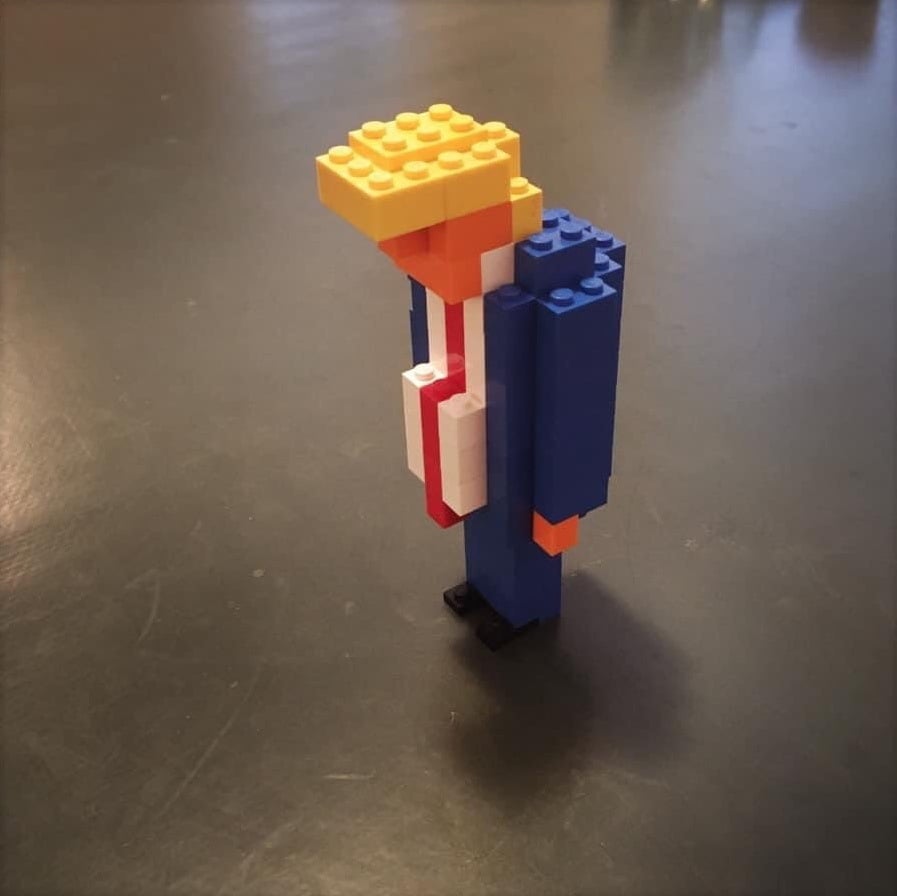 And just in case you wanted to make one yourself, @djfood had the instructions for you over on Twitter.

Here they are in close up. 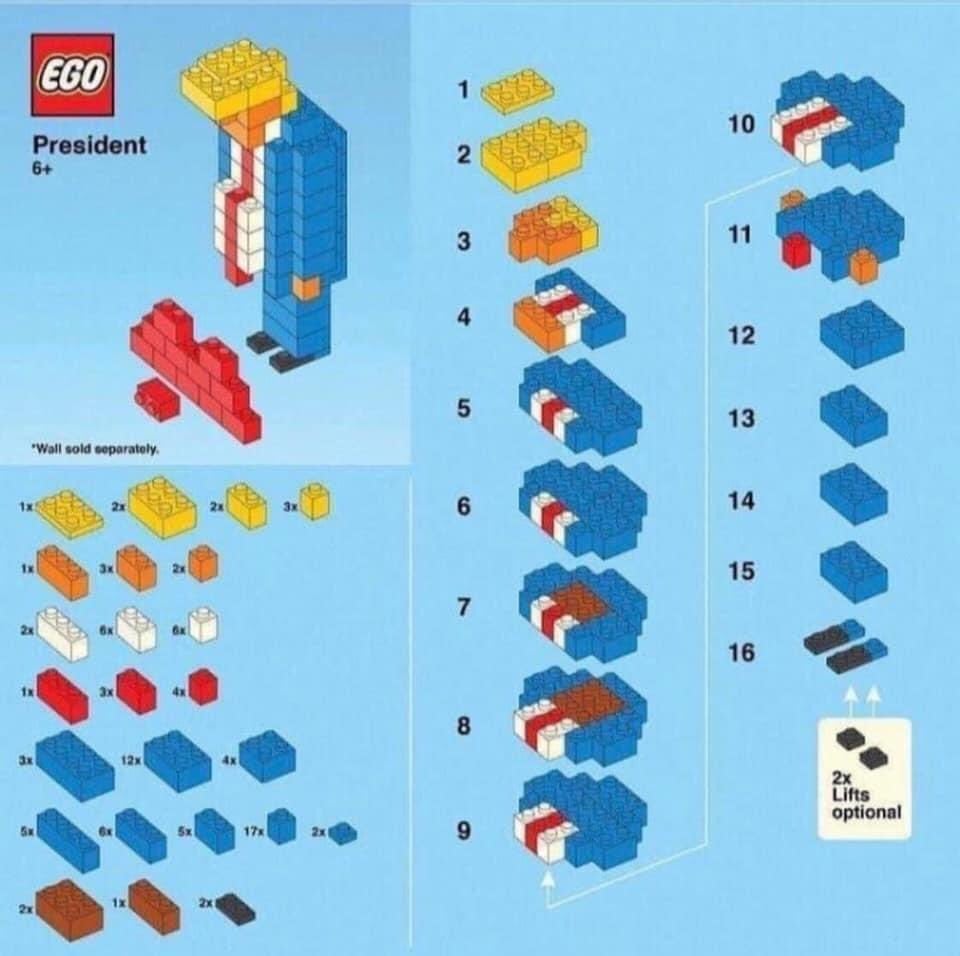 And just a few of the many comments it prompted after it was shared by The_driver_of_Honda on Reddit.

‘This is a masterpiece.’ Butwinsky

‘Ego’ is just the cherry on the top. Brilliant.

next story
Breaking News: This Grandma served her Thanksgiving coronavirus advice with a side of savage burn