This Telegraph reader’s fury at inaccuracies in The Crown is so perfect it can’t be real … can it?

To the Telegraph, where a reader (and ardent royalist, naturally) is so angry at inaccuracies in Netflix’s The Crown that he was moved to put pen to paper.

The fourth series of the drama is now streaming, as you can’t possibly have failed to have noticed, and it’s all about Diana and Thatcher and, well, Dominic Witherow from Woking is frankly unimpressed.

Just not necessarily for the reasons you’re expecting. 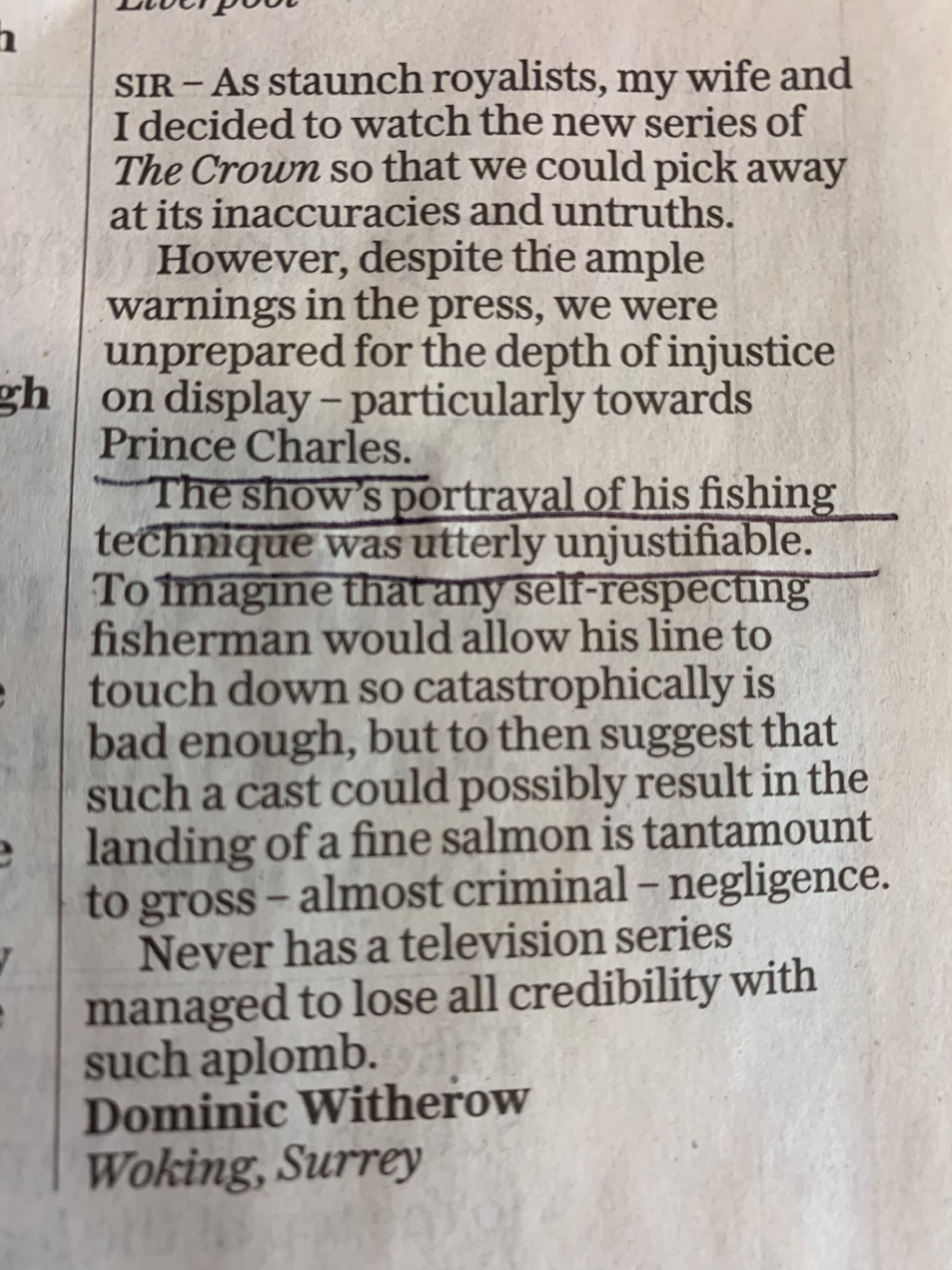 The letter went viral on Twitter on Monday and here are just a few of the things people said about it.

Did you think about that, or just make it up on the fly ?

I knew Charles would get into trouble for his errant rod-work: https://t.co/Yp7sugmUcd

One of the reasons why I love this country beyond reason. https://t.co/mqpzUXDiRE

There’s probably a group that keeps an eye on fishing related injustices.
My brother discovered there’s a group that spots “the wrong bus” when the company he worked for made a promotional video. It included a bus from the wrong Scottish island. Anathema!

Are you sure you’re not reading Viz?