In a now-deleted Facebook post, one anti-masker in the US shared how she and another woman had made a stand against her home state’s mask laws. 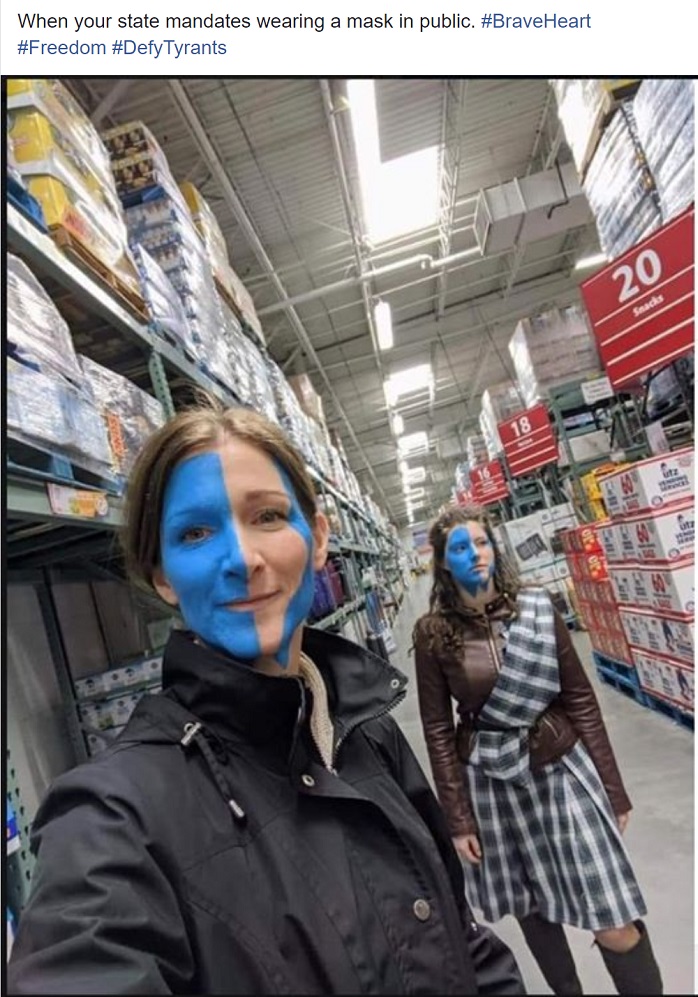 In case their innovative look has left you baffled, it’s a nod to Mel Gibson‘s film ‘Braveheart’, in which a curiously accented Gibson takes on the might of the English, with this rallying cry:

Unfortunately for her, an actual Scot had the perfect takedown.

Someone with the very relatable user name beerbellybegone shared a screengrab on Reddit, where people added their own thoughts.

These were our favourites.

u/randyspotboiler got their Scottish films a bit tangled, but we thought this was a fair point well made.