Comeback of the week

Comeback of the week goes to @nandky10 who shared this exchange on Twitter.

It started when he spotted some people making racist comments on Leicester police’s Facebook page and rather escalated from there.

One of them took exception and decided to have a rummage around on @nandky10’s Facebook page. Except it wasn’t quite the devastating blow he presumably imagined it to be. 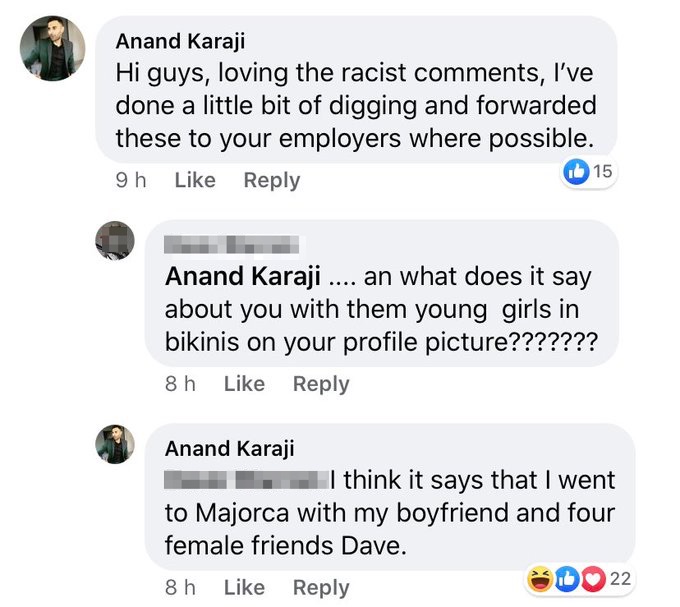 And that wasn’t even the end of it. 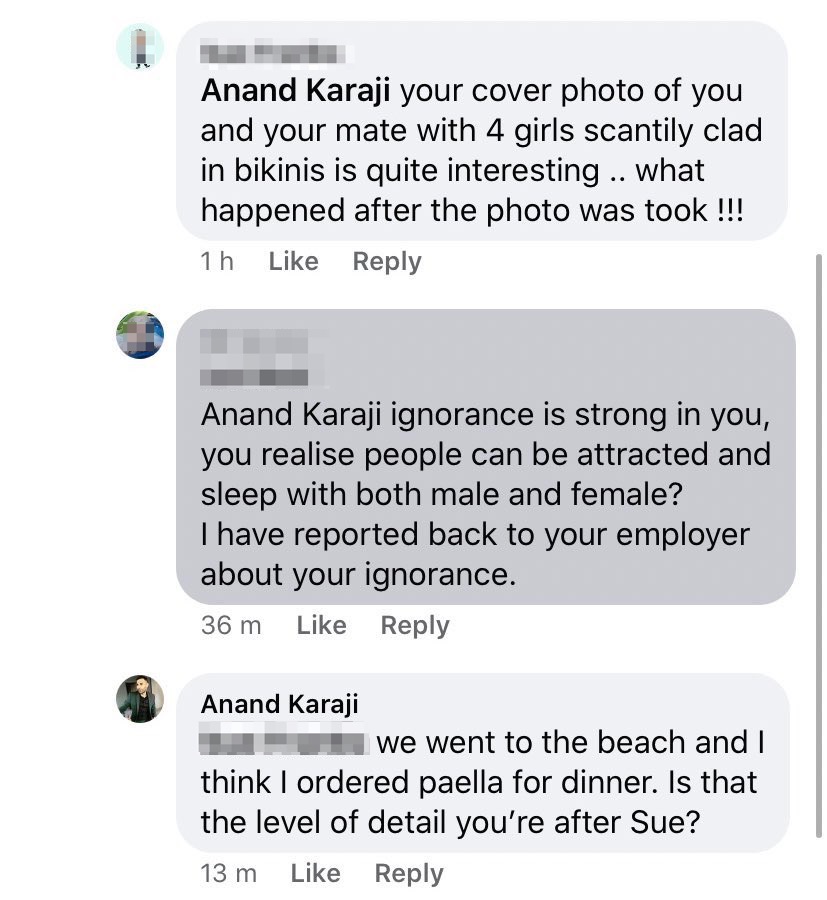 Here are a few of the things people said after it went viral – wildly viral – on Twitter.

It’s amazing logic. Faced with the accusation of being a racist, they accuse you of… knowing women?

Dave will have an aneurysm now he knows you’re not just not white, but gay and surrounded by more good looking women than he could ever hope to know. Beautiful mic drop 😂🤣😁

Not everyone agreed with how he went about it …

Not sure getting people sacked from their jobs is the way forward. I agree its bang out of order. But increasing the unemployment percentage isn’t the solution.
Education is.

I have to disagree Andrew. As an employee of a large corporate entity, even off duty I would still inadvertently represent the company I work for and should behave in public as I should in private. It’s called Integrity.