Author Julie Bindel started quite the debate on Twitter when she called out people who call people ‘Karen’. Specifically, she said this.

Does anyone else think the ‘Karen’ slur is woman hating and based on class prejudice?

And it prompted lots and lots of responses, including plenty from people who agreed with her, including the Guardian’s Hadley Freeman.

Yes – it’s sexist, classist and ageist, in that order

But it’s fair to say the majority of people really didn’t.

Here’s the dictionary.com definition, just in case you were wondering.

‘Karen is a mocking slang term for an entitled, obnoxious, middle-aged white woman. Especially as featured in memes, Karen is generally stereotyped as having a blonde bob haircut, asking to speak to retail and restaurant managers to voice complaints or make demands, and being a nagging, often divorced mother from Generation X.’

And if 5 responses ever summed up how most people felt about Bindel’s tweet, then it’s probably these 5.

If I wrote a book on how white women weaponise their femininity in addition to their class and racial privilege in order to victimise themselves and cry misogyny when faced with any small amount of critique titled The Karen Slur would you read it? It’s lockdown I have time. https://t.co/AWlE1NHNXg

If ‘Karen’ were the same as the N-word you’d call it the K-word.

Oh, and also this. 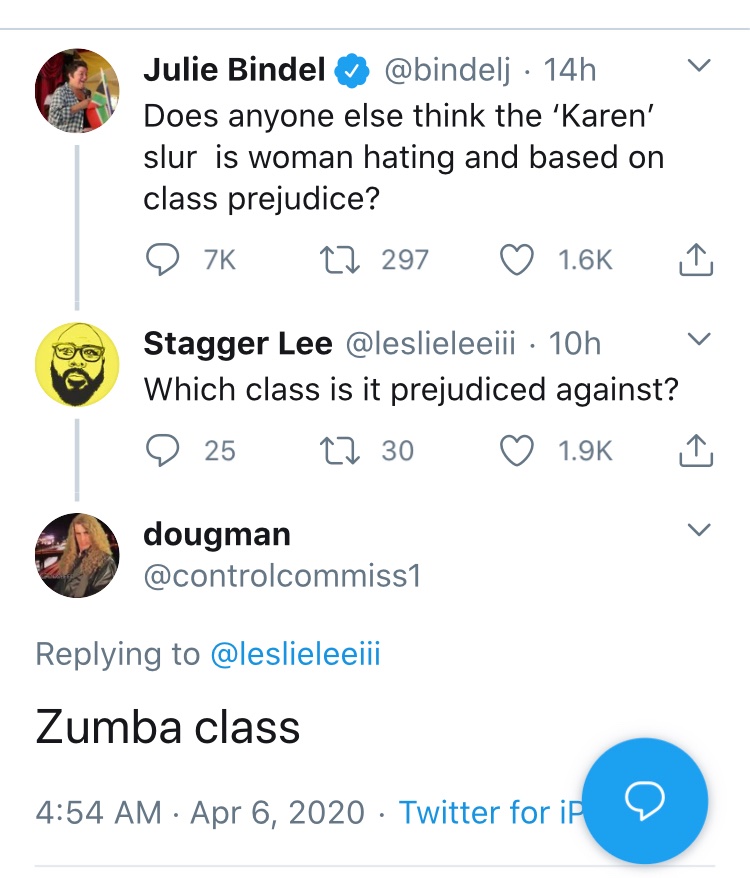 Trying to claim that ‘Karen’ is a slur is the whitest white woman thing I’ve seen yet.

Whether Tommy Lee wrote it or not, this NSFW takedown of Donald Trump is glorious

11 suggestions for conspiracy theories – because there aren’t enough already

How all birthday parties will go during lockdown