Whether Tommy Lee wrote it or not, this NSFW takedown of Donald Trump is glorious

Tommy Lee just went viral with this brilliantly sweary takedown of Donald Trump and his abject failure over coronavirus.

The letter was published on the Mötley Crüe drummer’s Facebook page and whether he wrote it or not – and by all accounts he didn’t – it’s still a glorious read because it nails the so-called president 100%. 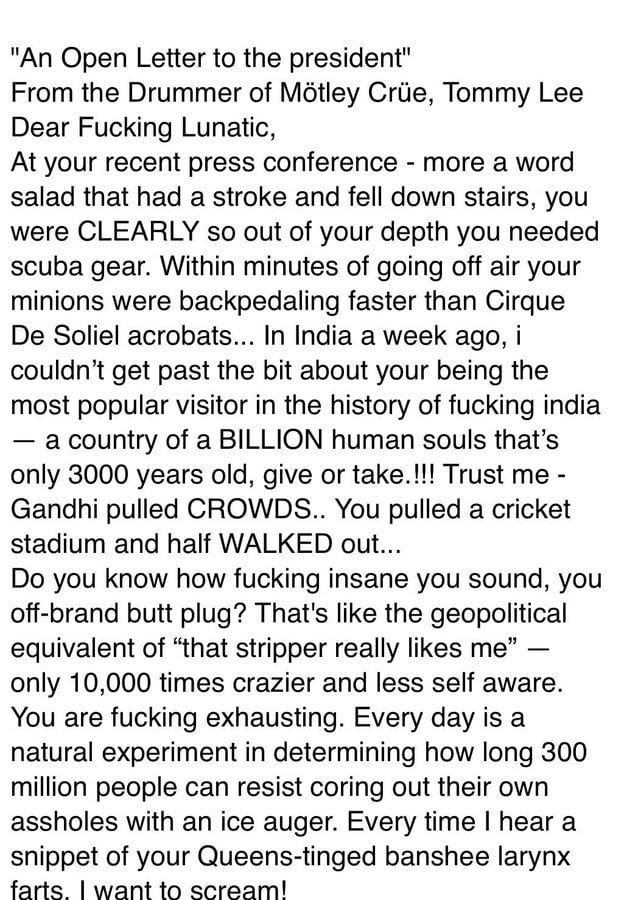 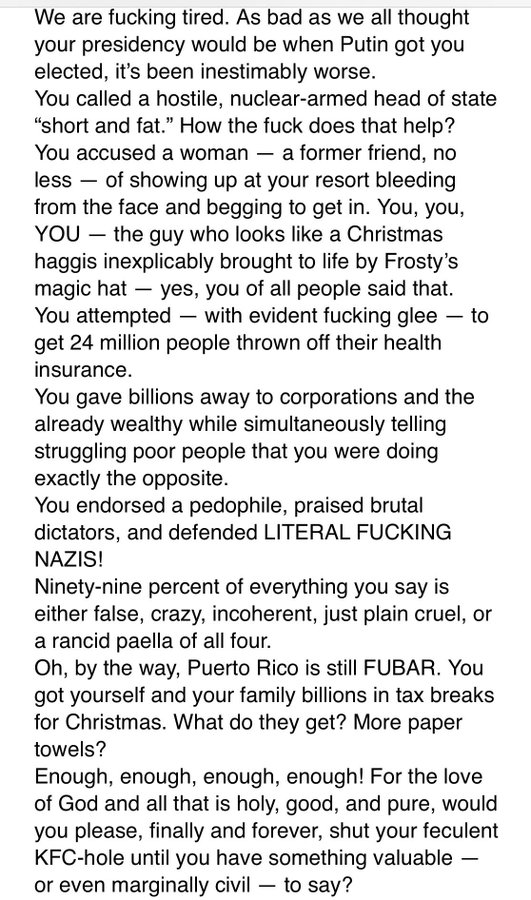 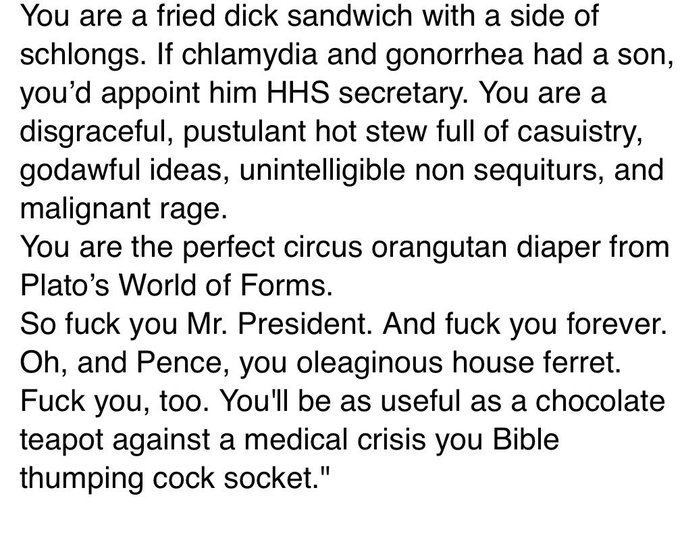 It went viral on Twitter after it was shared by @Sky_Lee_1 (and lots of other people as well) and here were just some of the things people were saying about it.

That really is a thing of beauty

I would say you pretty well nailed it.

What many of you don't know is that Tommy Lee was the original Swearing Consultant on The Thick of It. https://t.co/CYTNGKY6GN

I don't care who wrote it. This ROCKS!

We will look back at Tommy Lee’s open letter to the president as one of the greatest short stories of the 21st century. pic.twitter.com/FJr7flg77v

I have a question about this. And that question is "How do we ask Michael Shannon or Samuel L. Jackson to read it?"

Here’s who really wrote it, by all accounts.

We are all Tommy Lee today. https://t.co/Gf2hmvwOtY

Homemade Anti-coronavirus Mask of the Week