Over in America, Republican politician Rand Paul’s got climate change all sorted.

Despite all of the evidence to the contrary, Paul – son of former Republican senator and one-time presidential hopeful Ron Paul – says humanity is set fair for, oh, a few hundred million years yet.

We only mention it because the subsequent takedown went viral because, well, enjoy it for yourself. 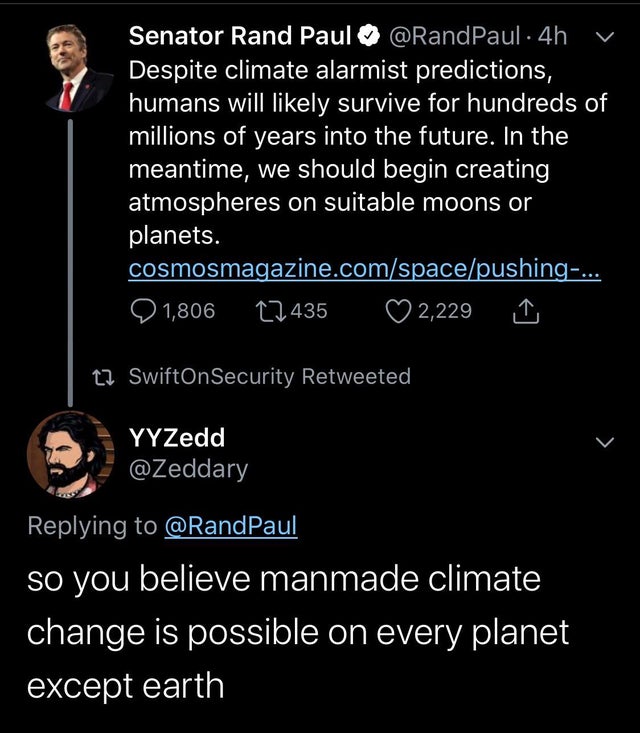 And just a few of our favourite comments it generated.

“Our planet’s atmosphere is sub-optimal by a few parts per million of one common gas.”

“This is impossible to fix. Think of how much it would cost.”

“This distant rock has almost no atmosphere at all, no magnetosphere, and the strength of its gravity is whack.”

‘Does he understand how long a hundred million years is?’ Ienjoyduckscompany

‘Mars for the rich, Earth for the poor.’
JouleS88