Relationship dilemma of the day comes courtesy of the rather marvellous Twitter feed, @redditships.

It’s from a 33 y/o woman, a physicist, who says her 35 y/o husband’s career in academic philosophy is ruining their marriage. Here’s what she had to tell Reddit and it’s a very funny, occasionally brutal, read. 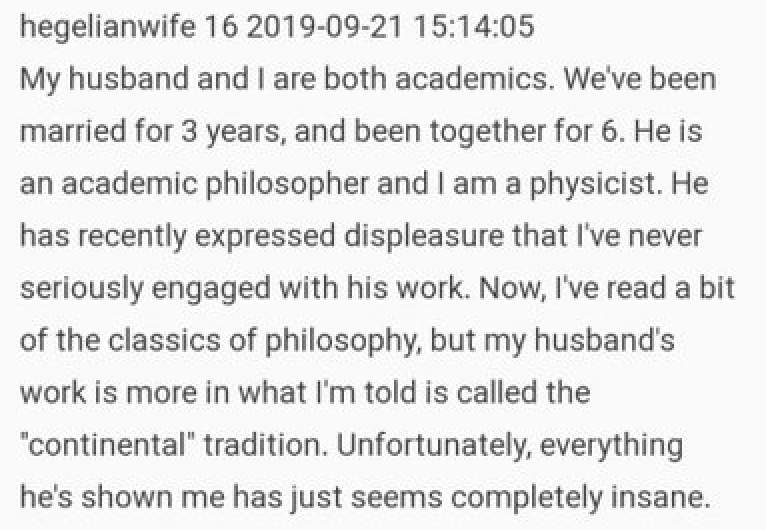 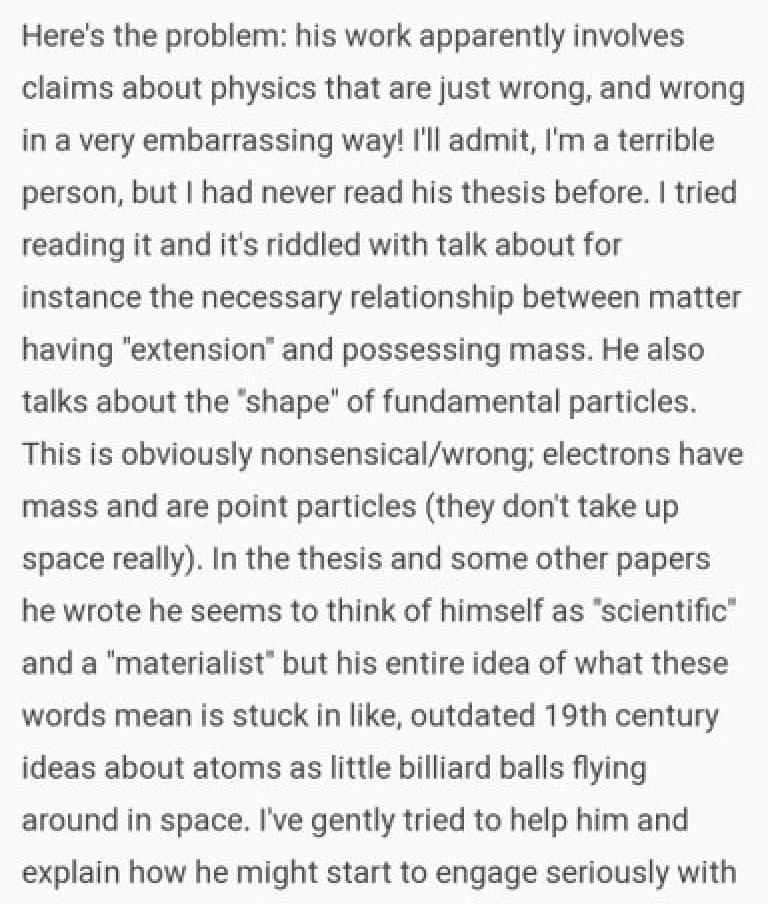 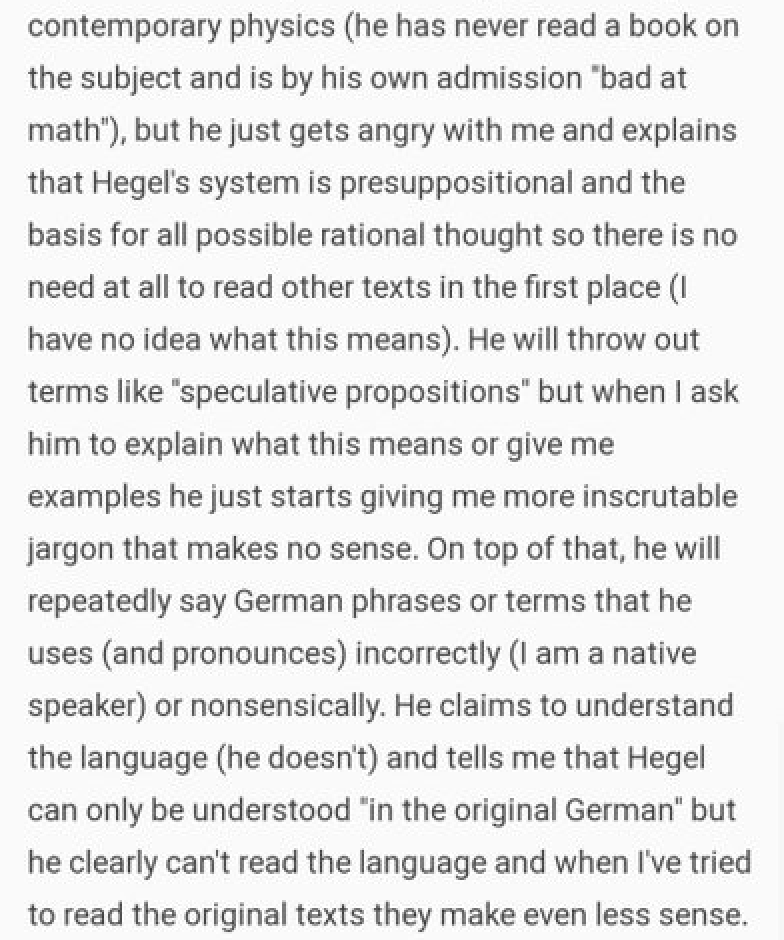 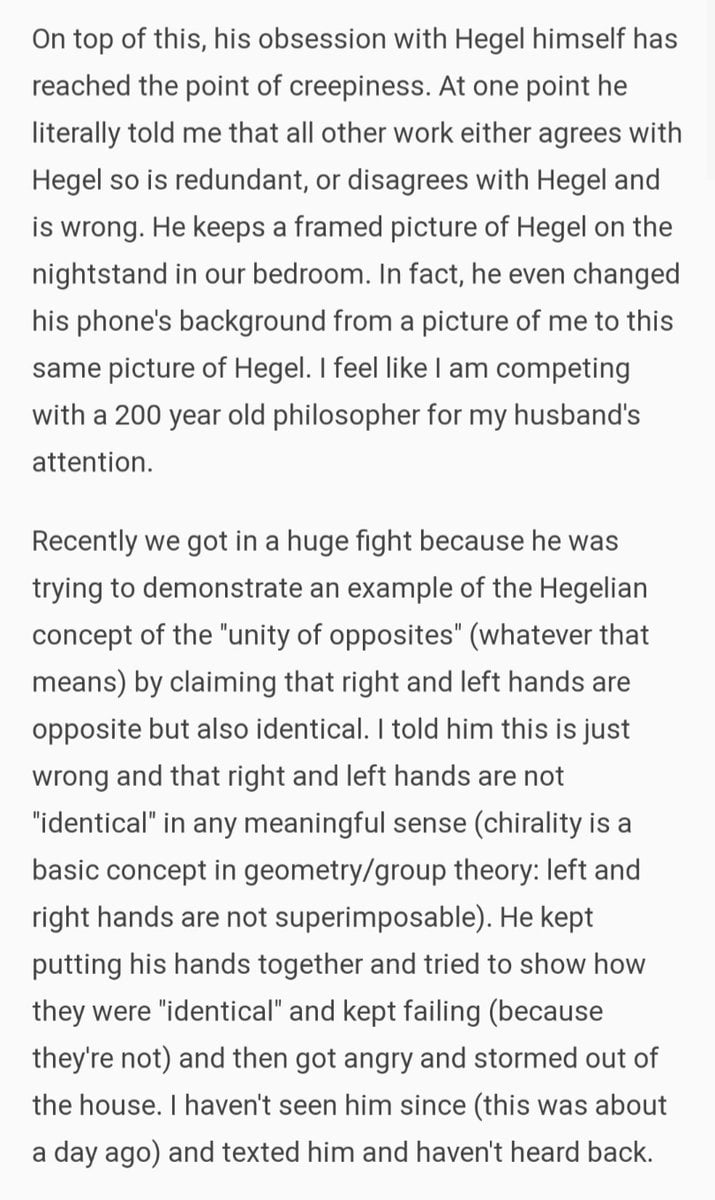 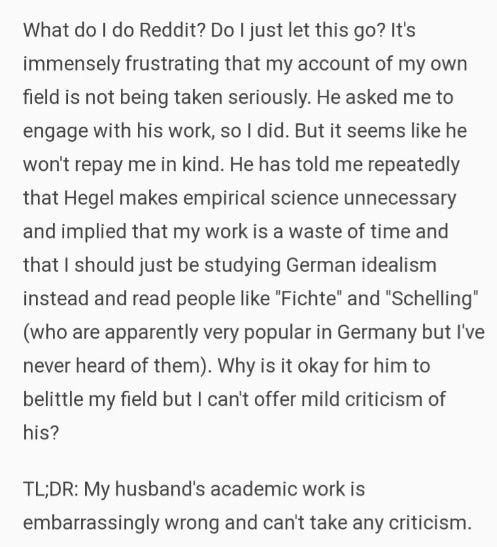 It’s the ‘hands’ but we like best, partly because it’s one of the few bits we understand. Here are a bunch of our favourite comments it prompted on Twitter after it went wildly viral.

"And here's another reason why you're wrong and Hegel is right…" pic.twitter.com/PErJJGHiCm

everyone is saying this is fake but they clearly haven't married a philosophy major. I did and we've had entire fights about whether or not someone would look for something they don't believe exists and if the death penalty would be accepted in a Hobbesian society.

Anyone who says this is fake because of how obsessed and weird he is about a long dead philosopher has NEVER interacted with academic philosophy students/professors.

Everyone: "Pfah, framed picture of Hegel on the nightstand? Obviously fake!"
Me, who went to grad school for philosophy and knew at least five people who did that: "This is completely accurate."

I love how most (not all but most) folks thinking this is fake are men.

As a woman who has argued for physics against dumbass philosophy based on completely incorrect ideas* from a man insisting I'm mistaken, trust me, it rings pretty dang true.

* Seriously, more than once.

if you think about it, according to hegel having a wife and having no wife is basically the same thing