A woman called Zoe Scholefield went viral when she shared the 12 rules her boyfriend used to lay down for a night out.

Well, ex-boyfriend, to be entirely accurate, after Zoe said she caught him cheating on her. Which makes these 12 rules even more infuriating.

‘Funny how my ex sent me stuff like this then has the audacity to cheat on me😍😍’ said @ScholefieldZoe. 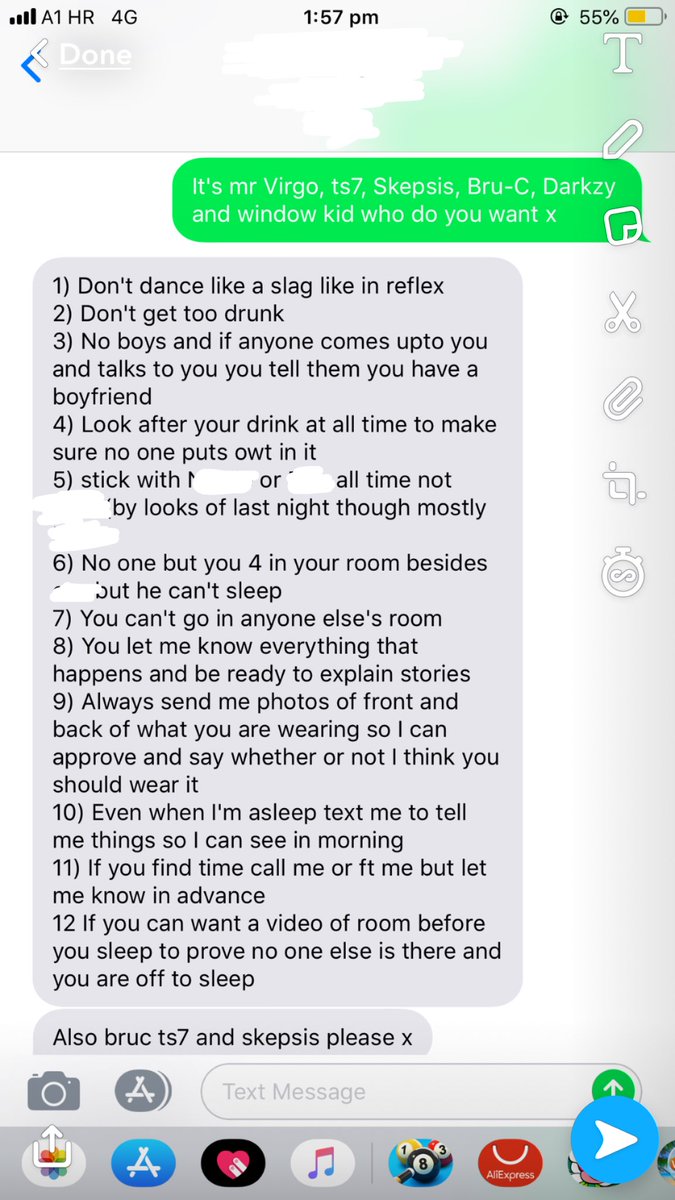 And these 5 replies are pretty much all you need.

He should have been your ex from this message alone…..

Don’t know who needs to hear this but if your partner lists even one of those things then you should show them the door. Control isn’t affection or love

Domestic violence bab, you had a lucky escape x

I just say "have fun" when my girlfriend goes out.

Don't let your partner be giving you fuck off lists telling you what you can and can't do.

They're Clown folk and you shouldn't have to tip toe around their bs insecurities https://t.co/OCi8v6uBk3