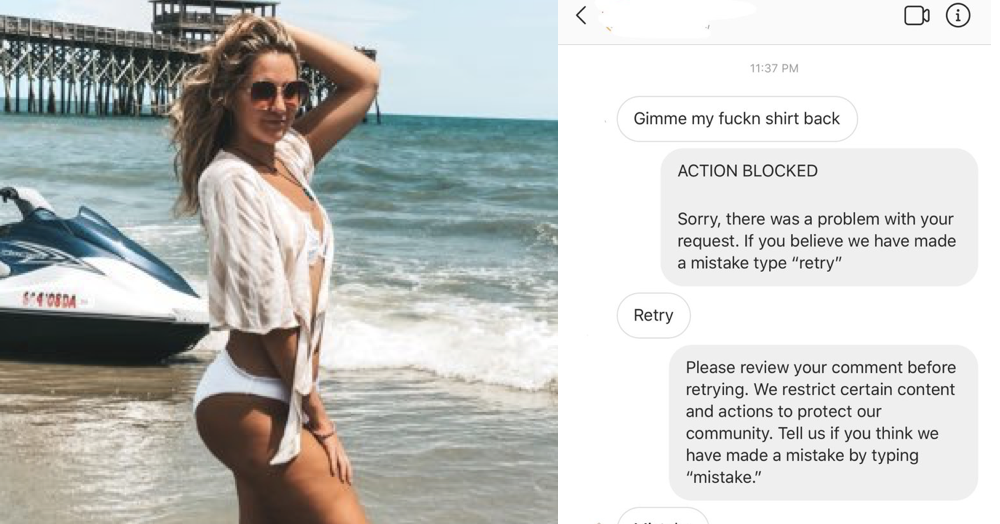 This woman called Lyss posted a picture of herself on Instagram wearing a shirt belonging to her ex-boyfriend.

And if she was hoping to irritate the heck out of him then she wasn’t disappointed. Except, it wasn’t just the act of donning his shirt that wound him up so much, it was what happened next.

“I posted a picture on my insta in my ex’s shirt and let’s just say he probably won’t ask for it back again anytime soon,” said @alyssanikaye11. 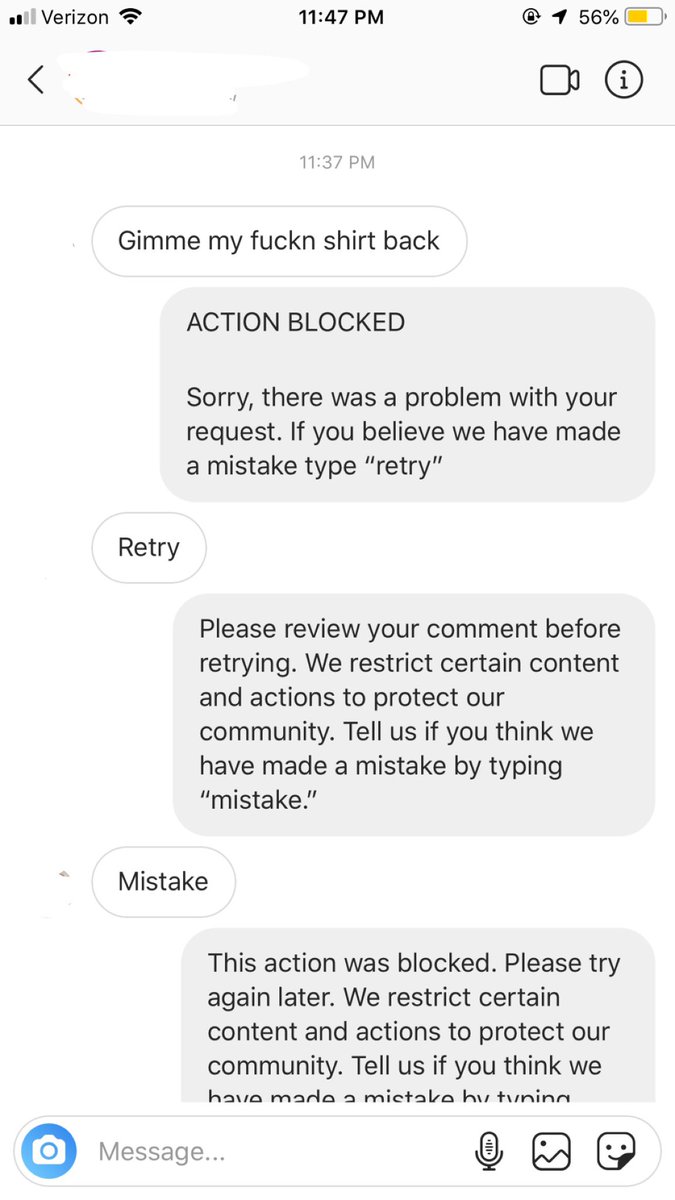 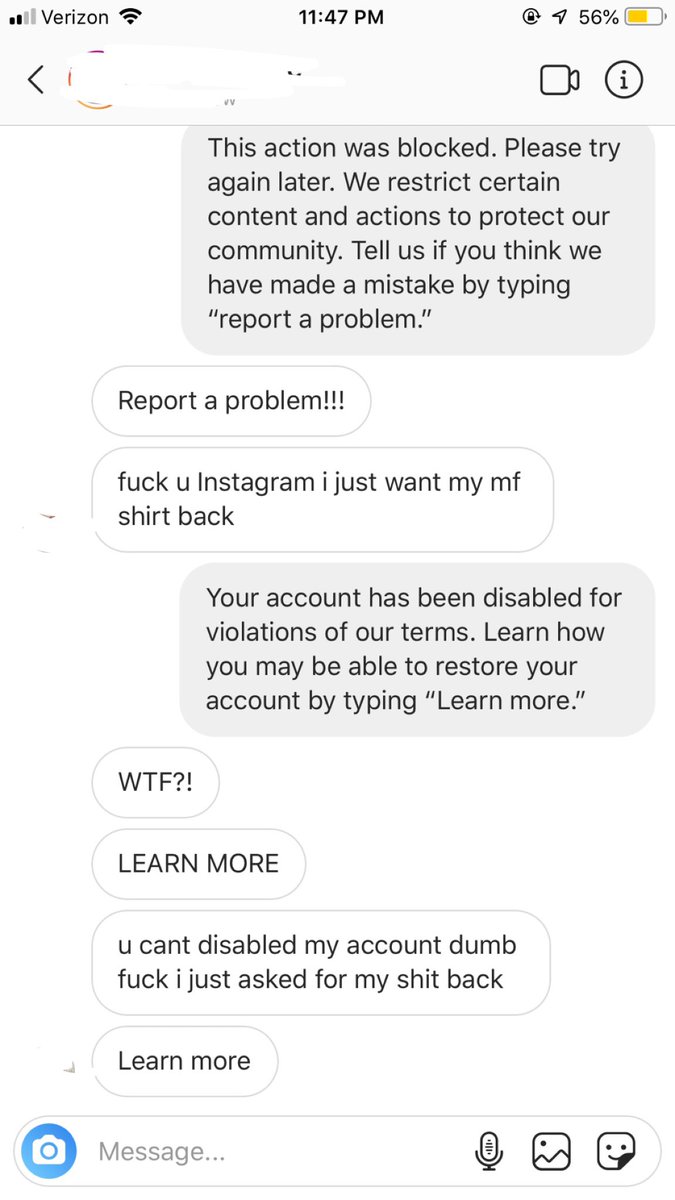 And there was a little bit more to the story after it went wildly – and we mean, wildly – viral.

Women are the epitome of petty sometimes 😂

Just in case you were wondering. He already has his shirt back. He’s just to dumb to realize i gave it back MONTHS ago.

But you posted a picture in it? I don’t understand. 🤦‍♂️

Naturally some people – quite a lot of people – had their suspicions.

And she had the perfect response.

Relationship dilemma of the week 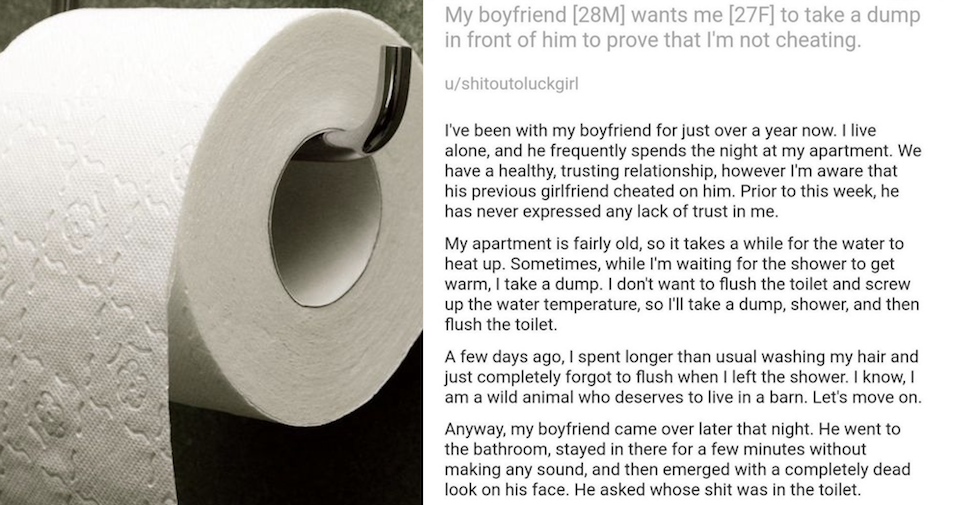