With no sense of irony whatsoever, the Brexit Party has got itself a bus to spread their message, which seems to be “Pay us lots of money.”, despite the Leave campaign bus having become synonymous with false claims. When BBC Wales weather presenter Sue Charles spotted a Brexit bus in the wild, there seemed to be something a little mysterious about the circumstances.

Driving through the Brecon Beacons tonight. Was expecting a few by-election posters, but surprised to see what looked like a Brexit Party bus, crashed into a hedge. Got out to check all was ok. No one around, just an abandoned bus, doors open, side-on, blocking a lay-by… pic.twitter.com/8VwvEeZjlO 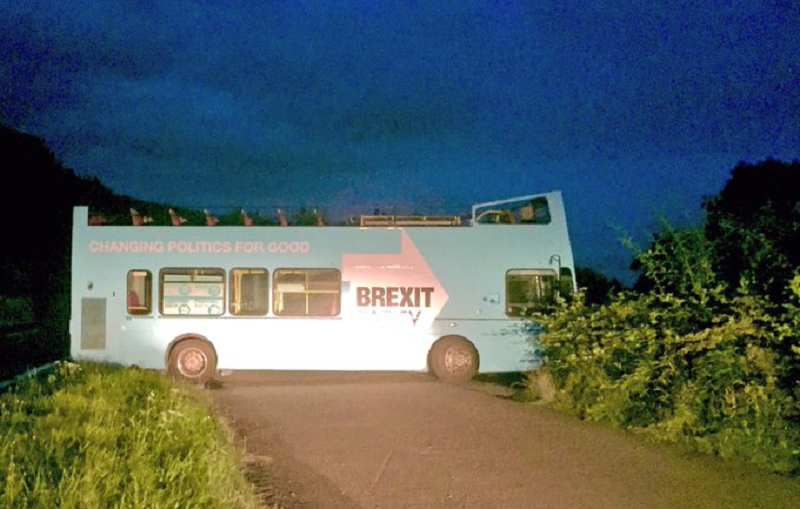 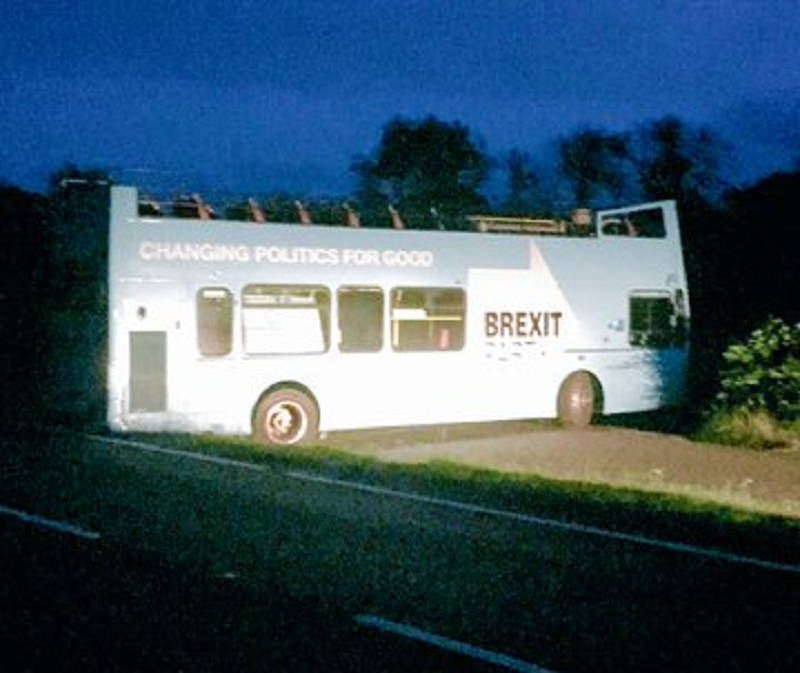 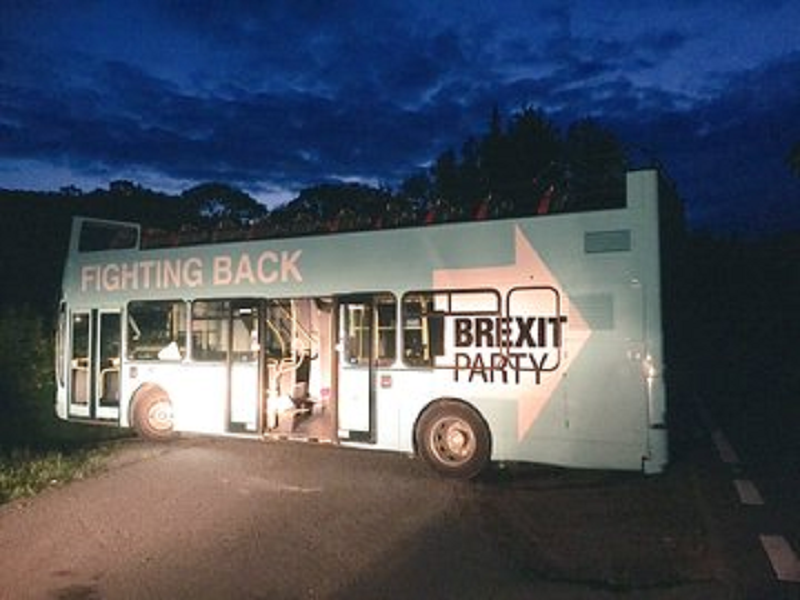 Naturally, Sue did the responsible thing.

Incidentally, I phoned 101 and Dyfed Powys police had already been made aware of it.

Unlike whoever abandoned the vehicle. With the Brexit bus crashed or driven into a hedge and abandoned, the jokes started rolling in.

So you’re saying they got into a car crash then fled the scene leaving someone else to deal with the mess? https://t.co/tWgFJxQJqR

Today's gift from the Gods of Unsubtle metaphor: A Brexit Party bus, abandoned after crashing into a hedge, and therefore blocking the way forward. https://t.co/hdwXTRZFWT

further proof we're living through a cheap horror novel from the 1970s https://t.co/afQBgRoYpR

The metaphors are writing themselves again. https://t.co/3h2uvl4gzc

"Officer, I'd like to report a metaphor occurring in the Brecon Beacons…" https://t.co/g5cd85Aait

It's the perfect analogy for #BrexitBritain. Stuck in a lay-by, not going anywhere.

Finally, someone named Kevin M had a credible theory about what might have led to the incident.

I bet one of them thought "you don't need any bus driving experience, all you need is to 'just believe'" as he got behind the wheel.