We all know the internet is full of nonsense – some of it dangerous nonsense, like anti-vax propaganda, some of it harmless nonsense, like cats photoshopped into Jurassic Park. This particular exchange showed how some of the nonsense is generated by people who don’t know what they’re talking about, but decide to hold forth anyway.

This is the viral post, shared by historian, Katrina Gulliver.

Still laughing at this. pic.twitter.com/Ubypf13AWh 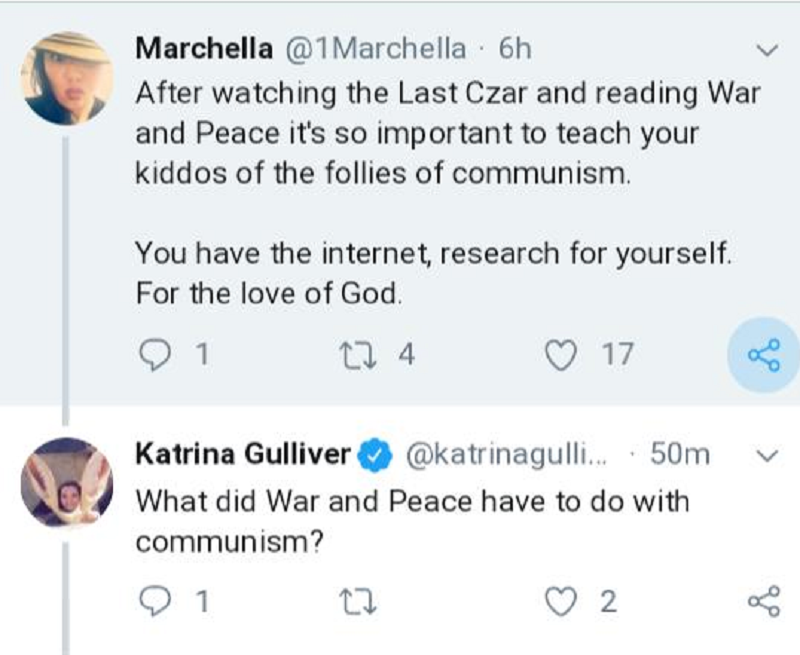 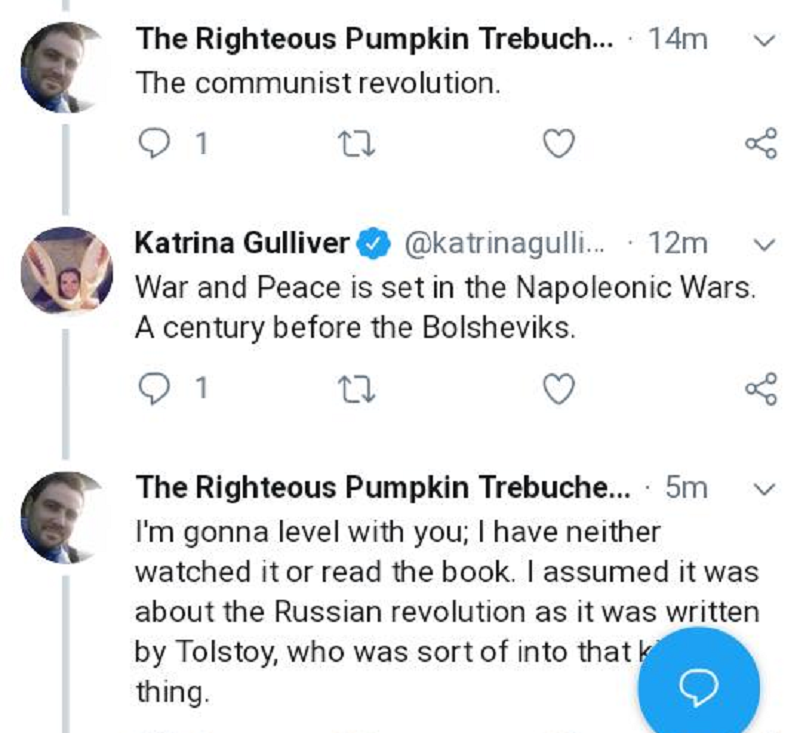 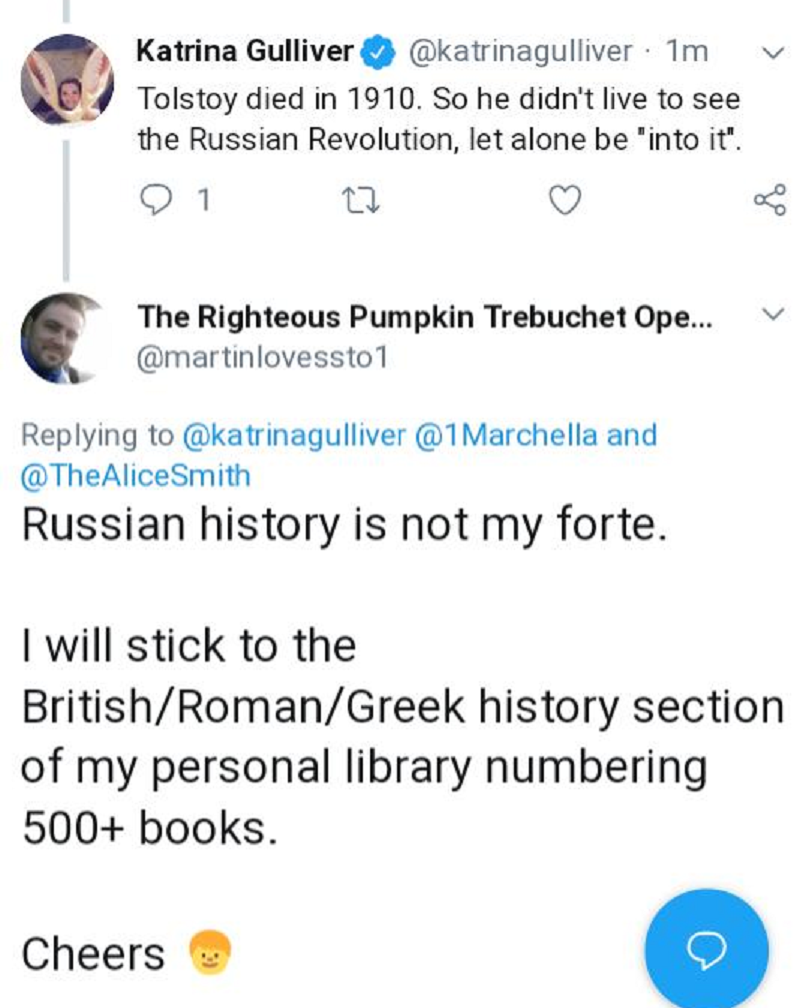 Let’s consider the usual internet know-it-all rules, shall we:

Brags about something even though they’ve made a tit of themselves? Check!

The post has close to 115,000 likes and more than 18,000 retweets, with these responses being among the best we saw, out of a couple of thousand.

I HAVE OVER 500 BOOKS pic.twitter.com/yupgnfHS2p

"I may be a liar and a charlatan in one period of history madam, but LOOK AT THE BOOKS I have about another one" [Exit stage left, huffing with suppressed dignity]

Entire internet summed up in this exchange. https://t.co/zoidGPyxWk

I wouldn't know for sure but I suspect that when women advise one another to "Have the self-confidence of a mediocre white man" they are talking about this guy… https://t.co/78gPzOi052

this is every person who responded to the "what's your hottest literary take?" tweet https://t.co/9sjVmKoJOe

Tom Nichols, an actual expert on Russia had this to say.

Well, quite! Mr 500 Books ticked another box relating to idiotic men on the internet. 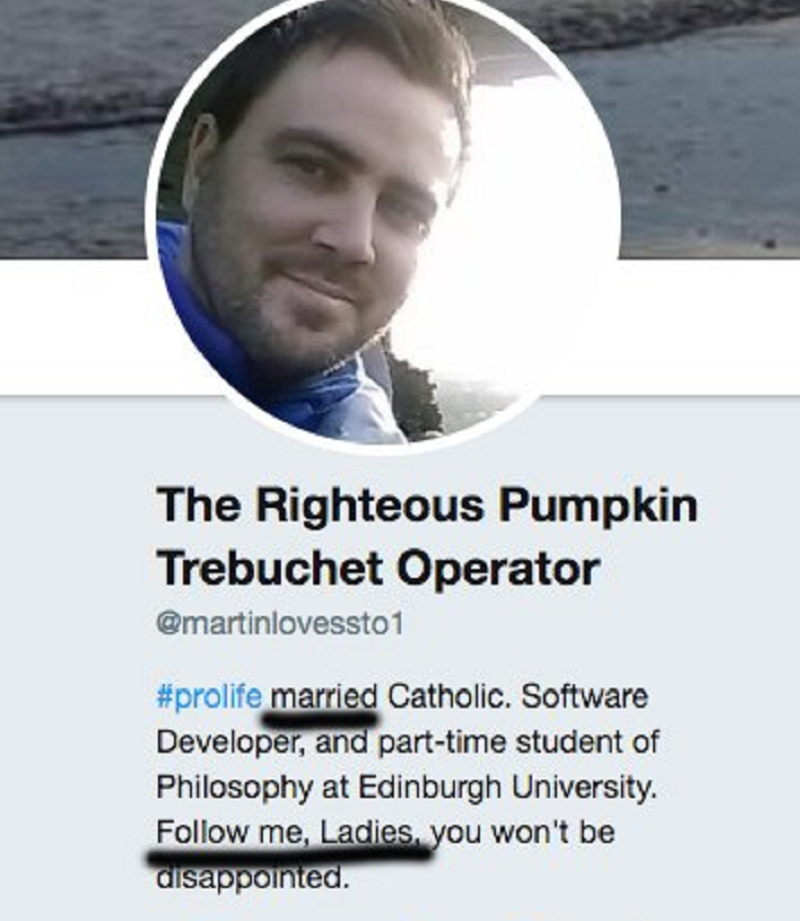 Try not to all rush over there at once.