Latest in an occasional series, celebrity exchange of the week is surely this, after mum @DanielleKGrier shared this image of her Woody Harrelson ‘lookalike’ daughter.

Ok but how does our daughter look like Woody Harreslon pic.twitter.com/v3oZbXDrQM

And the tweet went wildly viral. So viral, in fact, that it was spotted by the great man himself who took the time to reply on Instagram and it was fabulous. 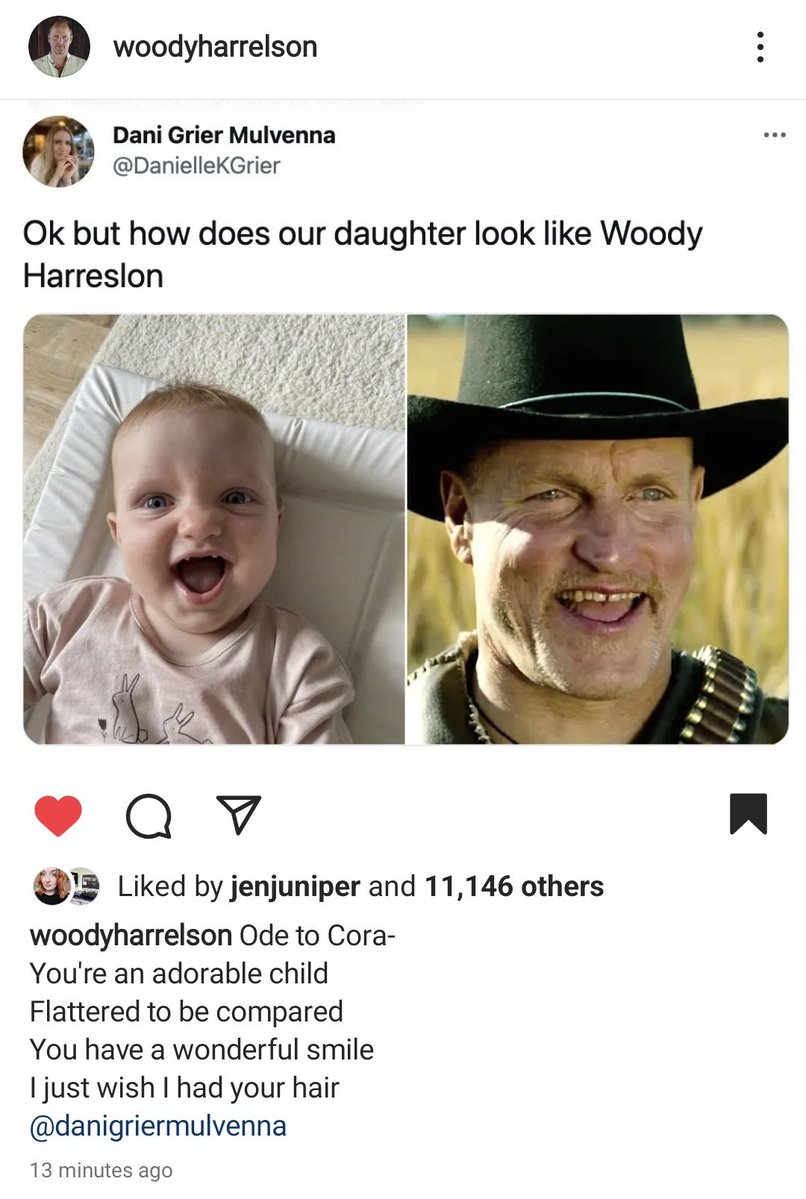 It's not every day Woody Harreslon writes your daughter a poem pic.twitter.com/H9loQQ9gqZ

this is actually mental!! this will be Cora’s fun fact at school

Everyone was hoping he'd respond, but this is better than anyone could have expected.

Sometimes the internet is a beautiful place