You might already have seen that the BBC is bringing down the curtain on Mock The Week for the last time after 17 years and 21 series.

We mention it because Andrew Neil went on Twitter to say the show deserved to be cancelled.

Specifically, he shared a Spectator article which said it wasn’t funny as it used to be, partly because it was no longer allowed all-male line-ups (we know, we know). 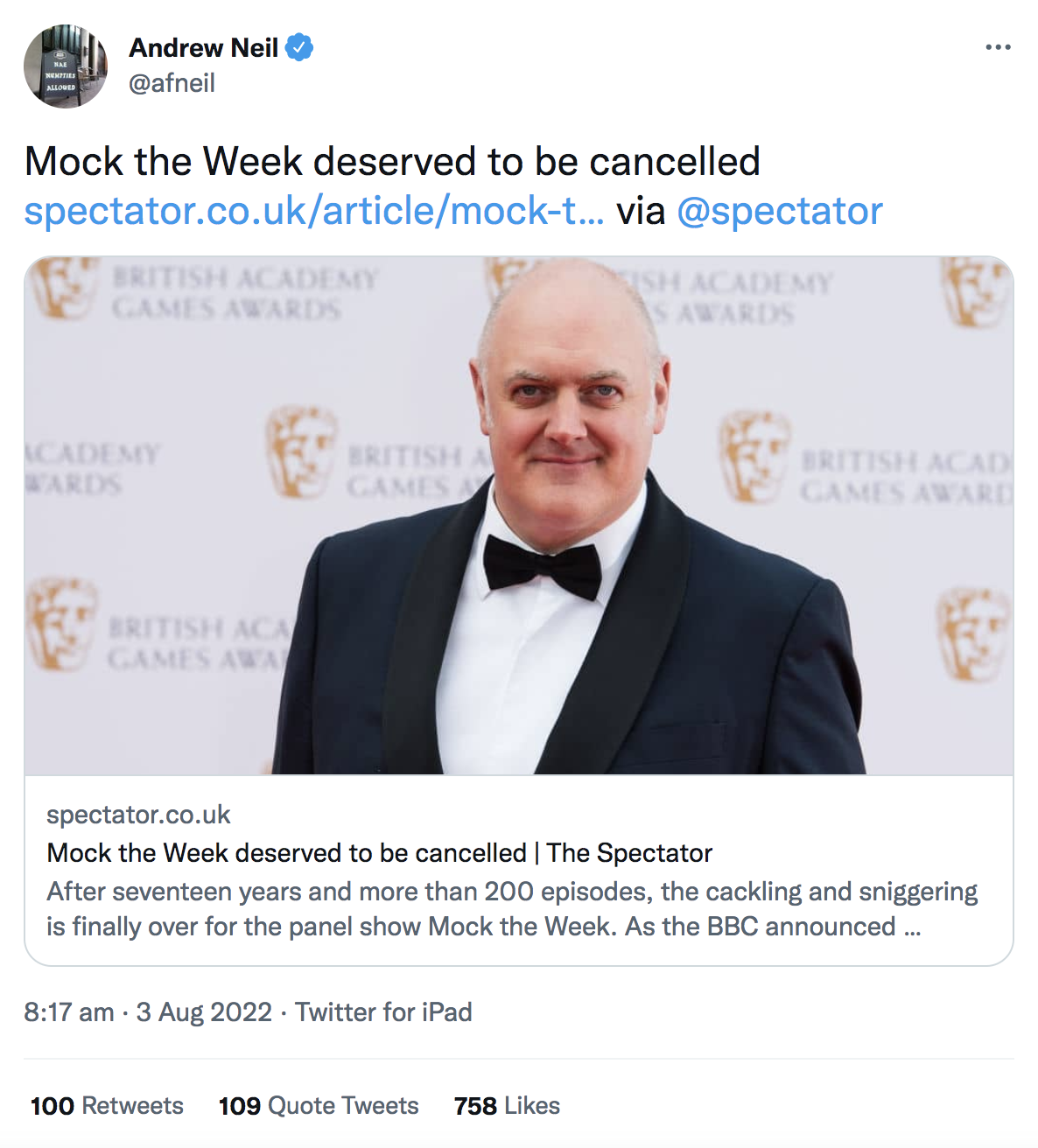 And Ó Briain’s comeback was magnificent. 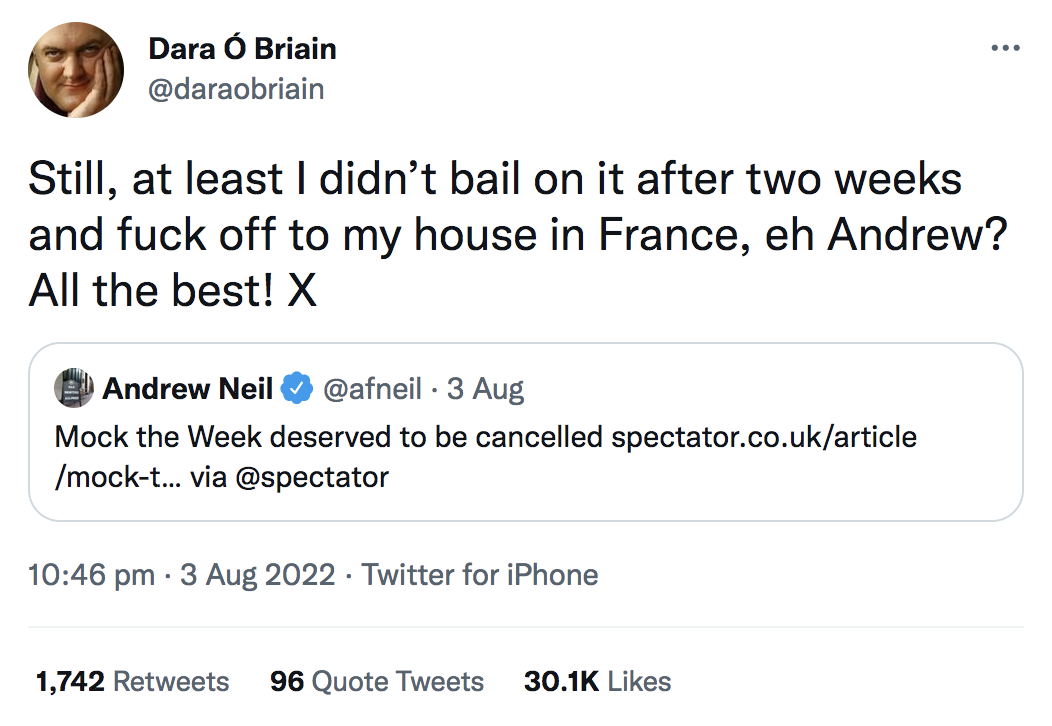 He’s all for cancel culture now is Andrew