Latest in an occasional series, sign of the week goes to London Zoo for this display, shared by Moonbeam Hillgoth over on Twitter.

London zoo not pissing around pic.twitter.com/C9cxoDCba2 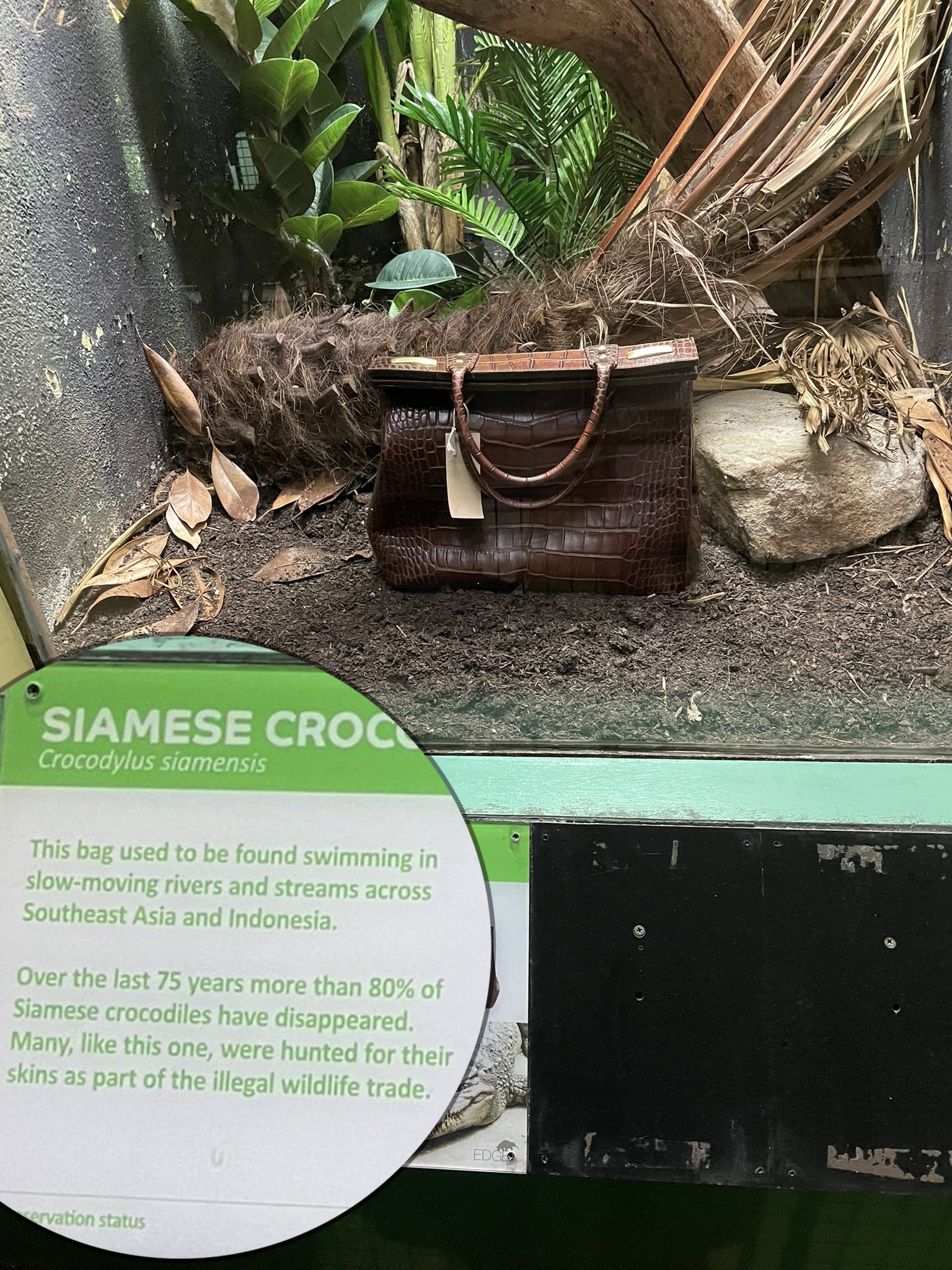 This bag used to be found swimming in slow-moving rivers and streams across Southeast Asia and Indonesia.

Over the last 75 years more than 80% of Siamese crocodiles have disappeared. Many, like this one, were hunted for their skins as part of the illegal wildlife trade.

The zoo, part of the London Zoological Society (ZSL) told HuffPost that the sign had been in place for several years, but has only just found fame on Twitter.

This is art. We need more unexpected activism from “normal” places like this. Even though usually the zoo has some sort of conservation connection, this level of “shock” is 👩‍🍳🤌

I’m here for it. We need to know how accountable we are for our actions. https://t.co/fYOcdafDPA

This one at the Bronx zoo comes to mind pic.twitter.com/sDwxY0TpFm

Brilliant use of the zoo. https://t.co/xiPBn7RIep

I have a picture of that empty terracotta pot too, it spurs me on when I think everything is lost. Keep standing up for our environment. pic.twitter.com/lsjTx6msG0