Flat earther of the week

First in an occasional series, flat earther of the week goes to this exchange shared by Redditor crithit9 who said: ‘Me talking to flat earther.’ 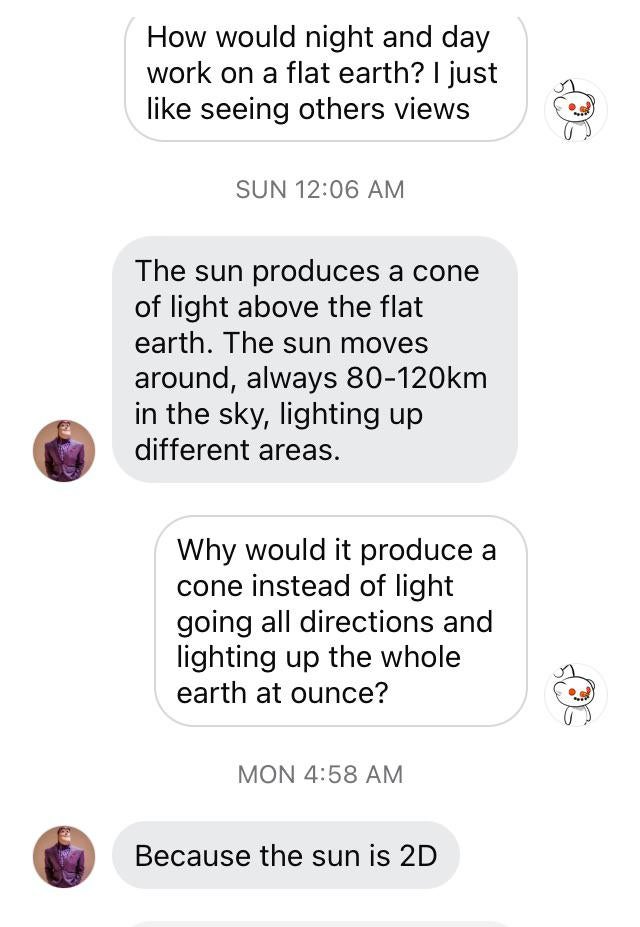 Our expectations of them were low, but they still managed to go lower.

And here’s what fellow Redditors had to say about it.

‘That’s not how light works.’
burzaj

‘If they’re not gonna believe science about the shape of the world, they won’t believe them about how light works.’
manubour

‘I’m having a full conversation I’ll post updates every couple of days they take a while to respond.’
crithit9

‘Here’s a question I’d like to hear answered; if the sun is 2D, then why does it never appear to have the perspective shifts you would expect to see when looking at a disk. That’s is to say: why does it never look like an oval when you look at it in any direction that’s slightly from the side?’
MischiefMandble

‘Flat earthers don’t possess the brain power to answer that. They would probably spout some bs like “the human eye is a fish-eye lens that merely warps your perspective to make you think that”.
Dimensionalanxiety