Sad news today that the great Bernard Cribbins has died aged 93. And while the term ‘national treasure’ is doubtless overused these days, in this case it is absolutely, totally, 100% appropriate.

We’ve rounded up just a few of the many, many tributes being paid to the actor, comedian and singer today.

But this one touched us more than any other, from Doctor Who showrunner (and much else besides) Russell T Davies.

Cribbins was a Doctor Who stalwart, of course – appearing alongside Peter Cushing in the 1964 film Daleks’ Invasion Earth 2150 before returning in 2007 as a different character, Wilfred Mott.

He not long ago filmed scenes for the show’s 60th anniversary special which is due to air on BBC1 next year. 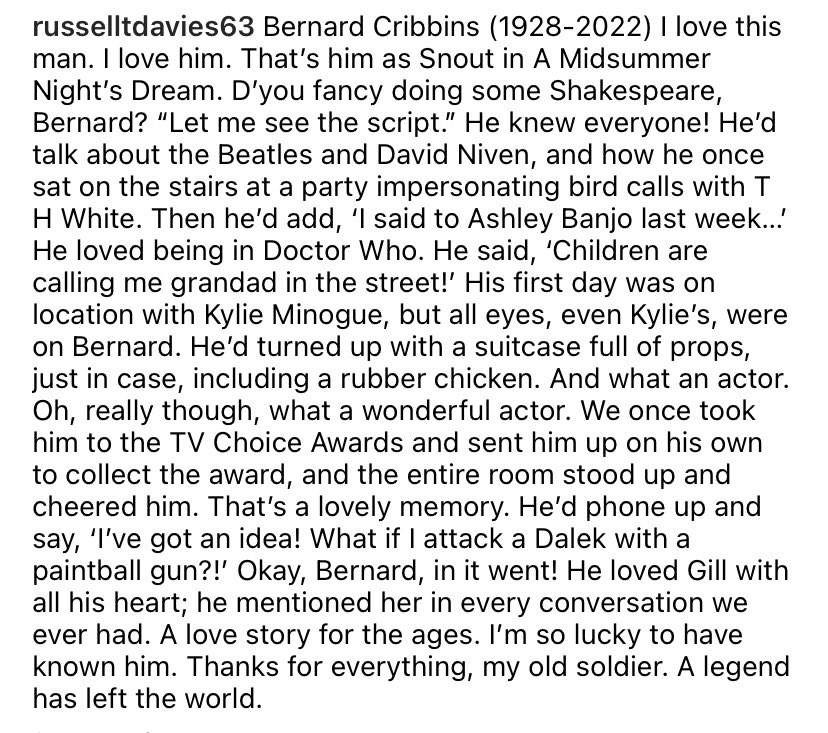 No one puts it better than Russell T Davies. 💔 #bernardcribbins pic.twitter.com/9trDUCF5XU

Heartbroken to hear the passing of Bernard Cribbins 💔

What an amazing person loved by so many.

Will be forever missed 💙💙 pic.twitter.com/IFlWjUebTf

Fun fact: Bernard Cribbins asked Russell T Davies if he could write someone fighting off a Dalek with a paintball gun, so RTD put in this scene for Wilf: pic.twitter.com/9gExyMzVUQ

And it was spotted by his Doctor Who co-star John Simm who said this. 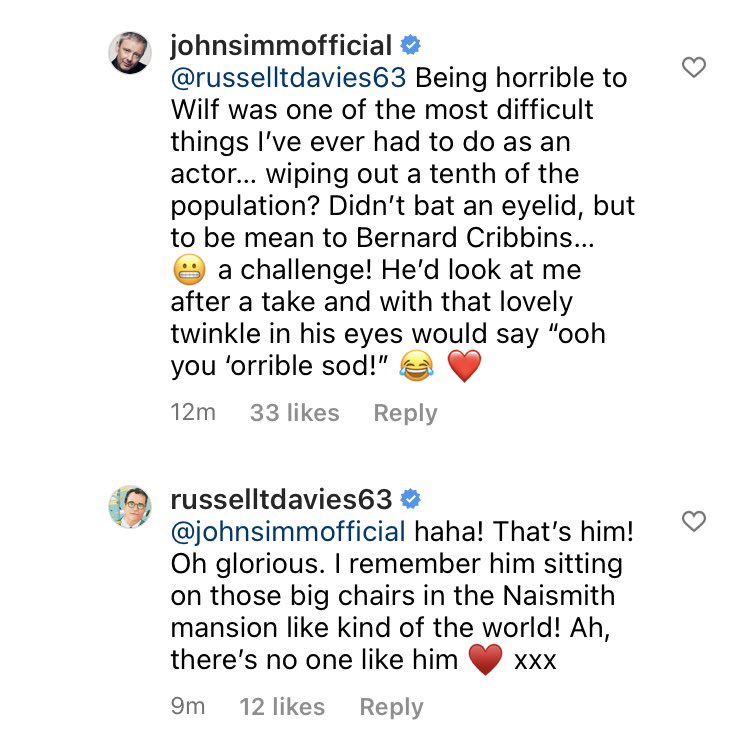 “Being horrible to Wilf” pic.twitter.com/NdyPEEbOHr

There’s obviously only one way to end this.

When I think of Bernard Cribbins I think of this scene pic.twitter.com/xxlXpYQ08q