Can you tell what Liz Truss is thinking? – 15 of the funniest guesses

The Foreign Office – to give it it’s casual name – has a vested interest in getting Liz Truss over the finishing line to become prime minister, since that would give them a chance to get someone else in for their top job. 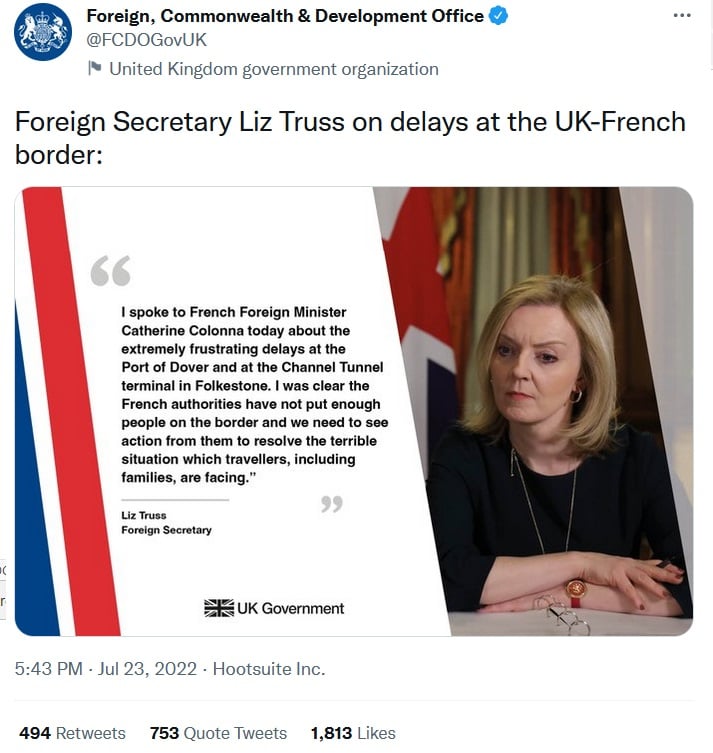 The tweet was almost a gilt-edged invitation to criticism – or even mockery.

She's incapable of doing anything without attaching a "dog shown a magic trick" photo to it.

Did Colonna remind her that we recently rejected a deal to put more booths in place?

Also this statement is literally just "I made a phone call". No outcome. https://t.co/omrbZSQWLM

Using a senior ministerial office for campaign purposes would not be allowed under normal election rules. But this is pseudo-presidential election with only Tory members as the electorate, so …

It's allowed by the constitution but that doesn't mean it is a good arrangement. https://t.co/QngclqPD7c

Some people tried to imagine what might be going through her mind.

"After removing the wheels from my car I was very frustrated to find that it will no longer move. I have written to my local greengrocers and made it clear that I think this is unacceptable; in fact: It. Is. A. Dis. Grace" https://t.co/DtilRpQDBh

“But Bruce Wayne has a completely different voice.” pic.twitter.com/hGg0dMjAhY

When you've only got one more go on today's Wordle…. pic.twitter.com/6qrURIGlTN

Liz Truss’s attempt at looking authoritative is more like someone’s explaining autumn to her pic.twitter.com/kbgiiTWuXl