The brutal demolition of this climate change sceptic is scalding hot

You don’t have to know who Matt Walsh is to enjoy this, but for the uninitiated he is a conservative political commentator and self-described ‘theocratic fascist’.

We mention him here because Walsh – who also said he likes to spend his time ‘locking the Left’s Assault on Life, Marriage, and Gender’ – has turned his attention to climate change.

Except, if it was an effort to pour cold water on concerns generated by the unprecedented extreme heat we’re witnessing right now, it wasn’t the slam-dunk he thought it was.

It prompted no end of responses but this one surely said it best. 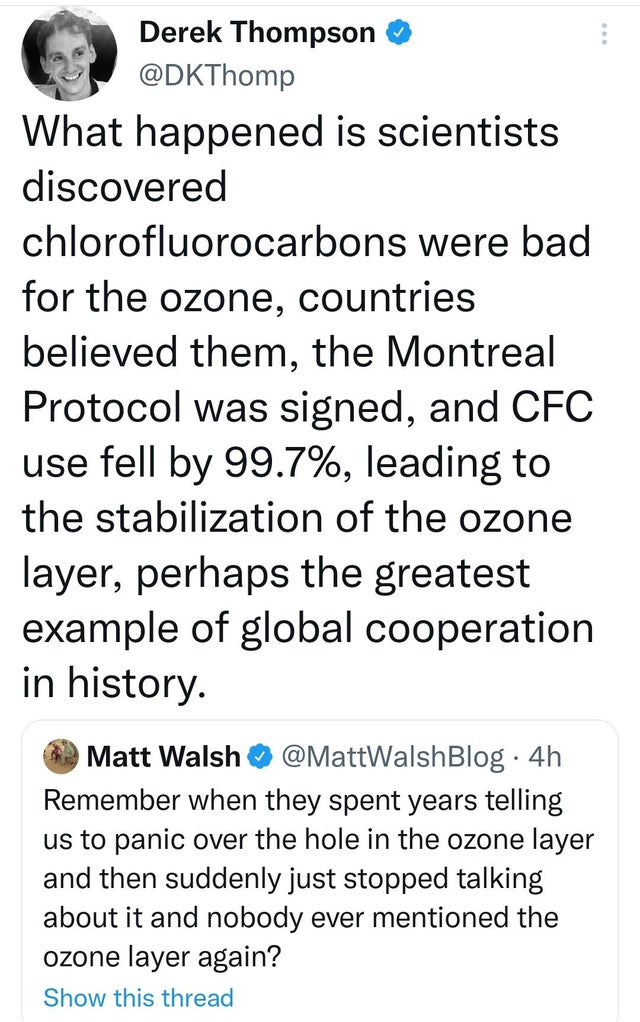 It makes you wonder if Walsh could possibly have been being serious, of course, although he’s also previously said this.

I hate adults who foist this climate change panic on kids. I mean even if it were true that the world was coming to an end, you’d still be a scumbag for telling kids. What can they do with the information? But it’s not true. And you know it. And that makes it even more sinister.

And here are just a few of the things people said about it after this latest exchange went viral on Reddit.

‘That whole issue proved we could influence global climate, and still people deny humans have an effect on the environment.’
MercyCriesHavoc

“Remember that one big issue that got fixed and no one talked about it anymore? Curious isn’t it?”

‘Sooner or later they’re gunna have to run out of bullshit, right? Surely there’s only so much stupid shit they can generate.

“WHY DOESNT ANYONE TALK ABOUT THE BLACK DEATH ANYMORE? CURIOUS HOW IT JUST WENT AWAY. EXPLAIN THAT, LIBS?”

“WEIRD HOW POLIO STOPPED BEING TALKED ABOUT AFTER THE VACCINE. DID IT CAUSE MEMORY LOSS?”
get-bread-not-head

‘I fucking hate the paradox where fixing a problem makes people think you didn’t need to fix the problem because it never got bad enough to affect them. Successful prevention makes it seem, to the uninformed, that it was never needed.’
SenorBeef

‘Thus is the life of working in IT.’
Al_E_Borland