As no-one anywhere needs reminding right now, it’s going to be hot this week. Very hot. How hot? This hot. 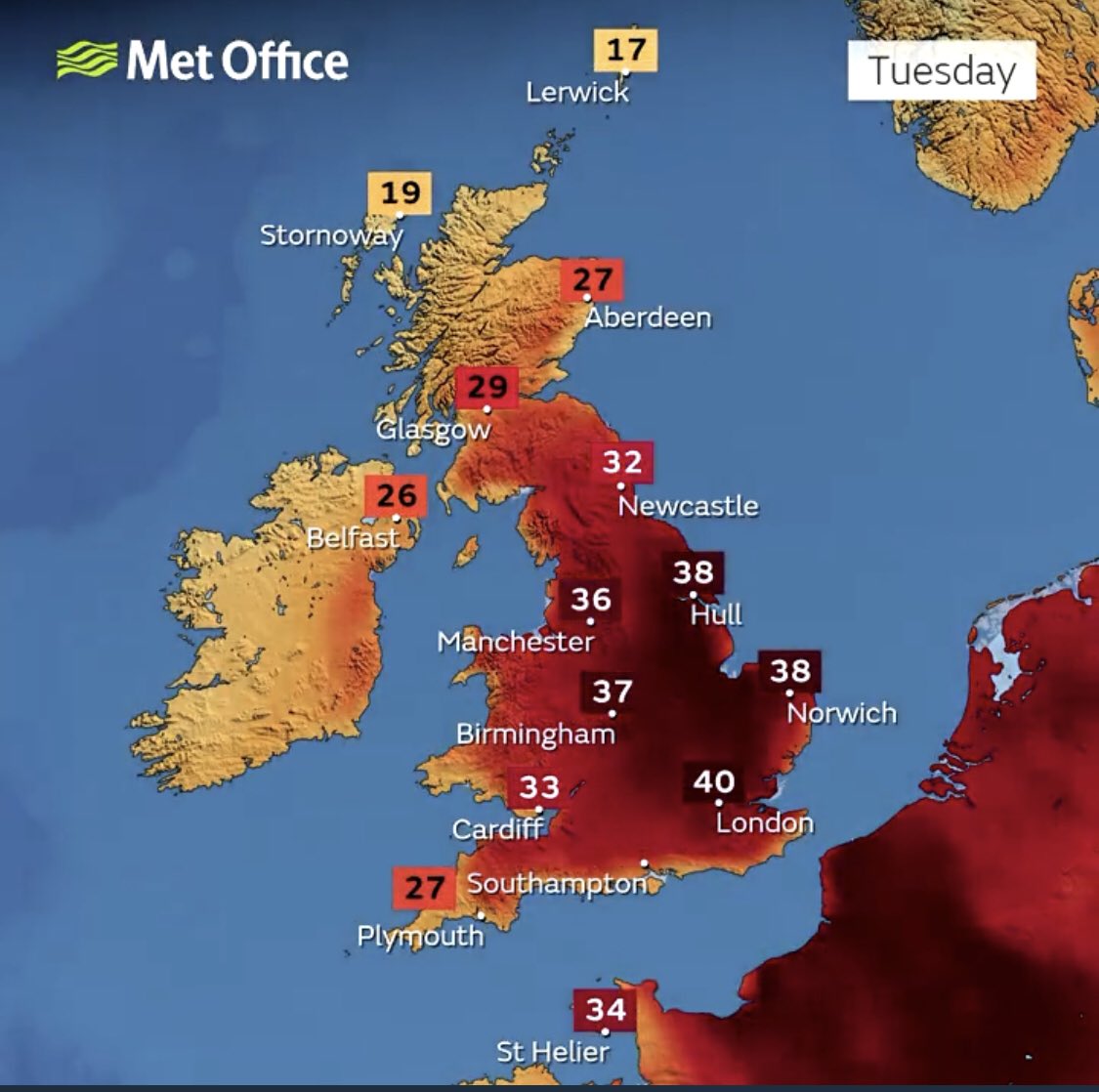 And it really isn’t normal. Don’t just take our word for it, take this person’s.

‘Are we overreacting?’
The Met Office has issued a red warning for heat with some parts of the UK hitting a record temperature of up to 41C.
Climate Scientist Prof Richard Betts spoke to #BBCBreakfasthttps://t.co/48mbLfNGo0 pic.twitter.com/WsgD63p2W5

The Met Office has issued its first ever red extreme warning for large parts of the UK but some people still reckon it’s all just a giant over reaction.

And it was of course entirely appropriate that he should end up burned after @drphiliplee1 replied like this. 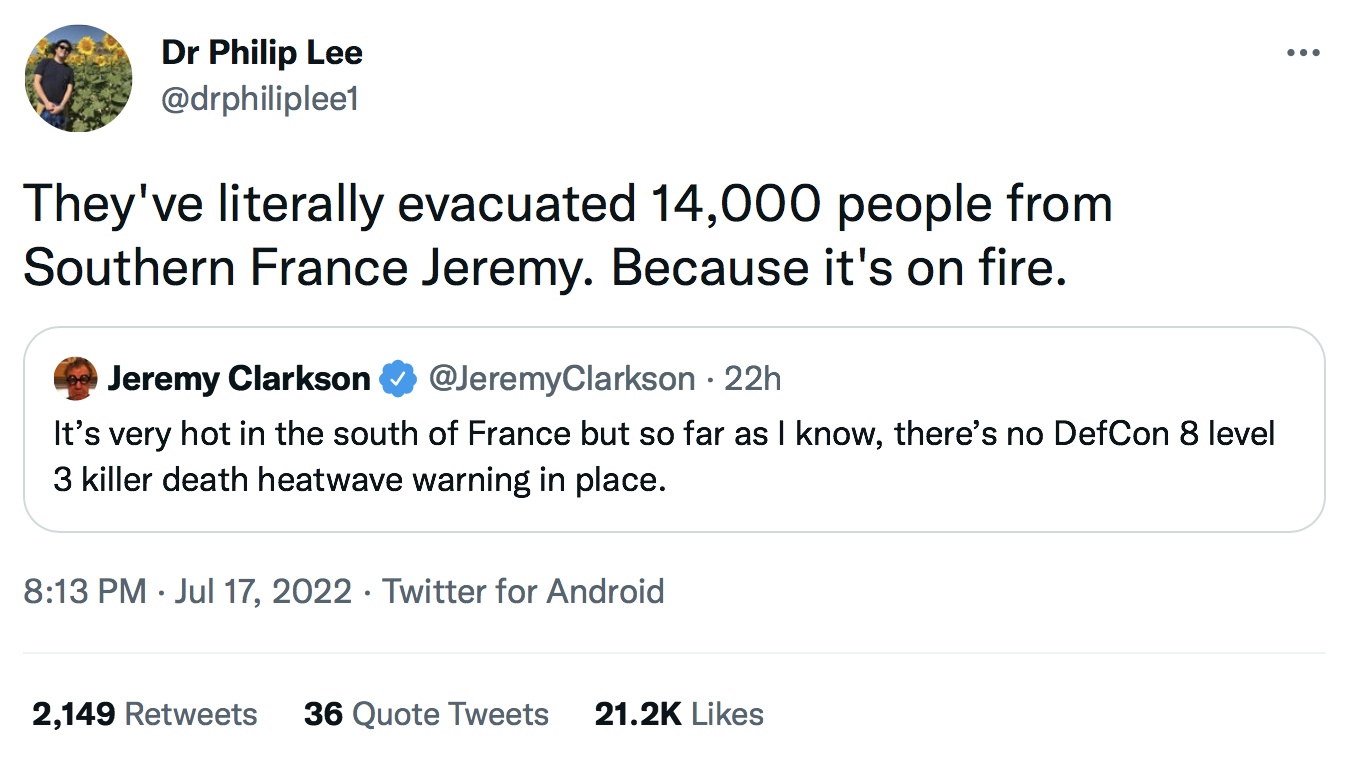 It prompted no end of appreciation, but this was surely the funniest response.

Utterly impossible not to read this in Mark Corrigan’s voice. pic.twitter.com/ELSuKzCNXl

Just in case Clarkson still needed convincing, there were plenty of other people on hand to help out …

Nothing to see here, all perfectly normal!🙄🤬😭 https://t.co/Pi8udbnJn6

“France under the heat wave: 15 departments on red alert, "a heat apocalypse" scheduled for Monday”

I expect they also know that DefCon 1 is the highest level of readiness. https://t.co/dHkcjQDLza pic.twitter.com/Na5LRwknFd

He also doesn’t know how the DEFCON numbers work, the lower the number the greater the threat.

it’s almost like the south of France is more used to hot weather than the UK and has the infrastructure in place to better deal with it. anyway, apropos of absolutely nothing, I hope you enjoy a jog later https://t.co/D5QyCaerVD

I live in France. Last month our dept had a red heat warning when we had 40°. My kids schools were open only for childcare if needed. All outdoor activities were cancelled including a big outdoor concert by the river.

Currently we’re in orange but there are 16 depts in red rn.

It’s quite hot in Ecuador all year round too. It just doesn’t happen to be on the same latitude as Moscow https://t.co/Vq0WtQRUBx

They’ve probably made the schoolboy error of putting out all their disaster warnings in French, entirely failing to prioritise the needs of the all-important expat community.

You could, indeed you have, filled several books with all the stuff you don’t know.https://t.co/HQJC0b8tue