The UEFA women’s Euros are turning into a huge success both on and off the pitch after the Lionesses completed an astonishing 8-0 win over Norway on Monday night to take them into the quarter-finals.

Spare a thought though for Alan Sugar, whose enjoyment of the tournament has been spoiled by a perceived lack of men in the BBC’s coverage so far. 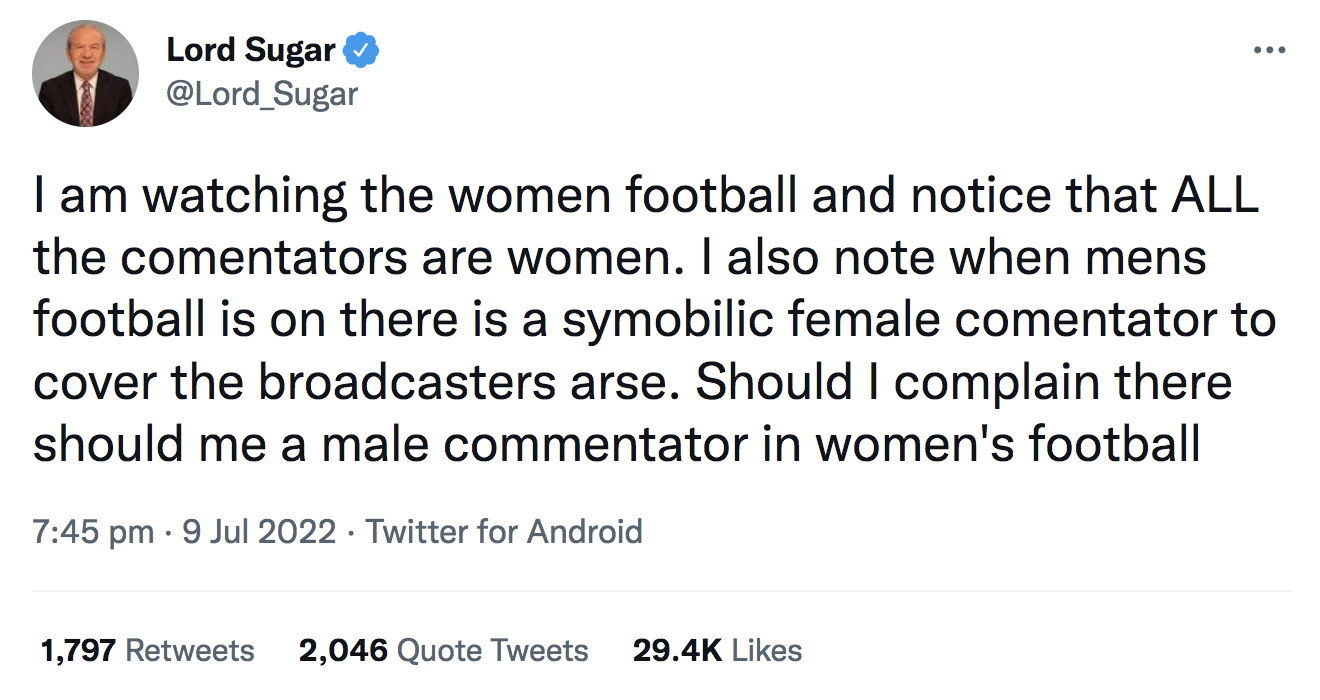 There was no shortage of people happy to put him right, as we’ve written about here, but he was at it again during last night’s incredible game. 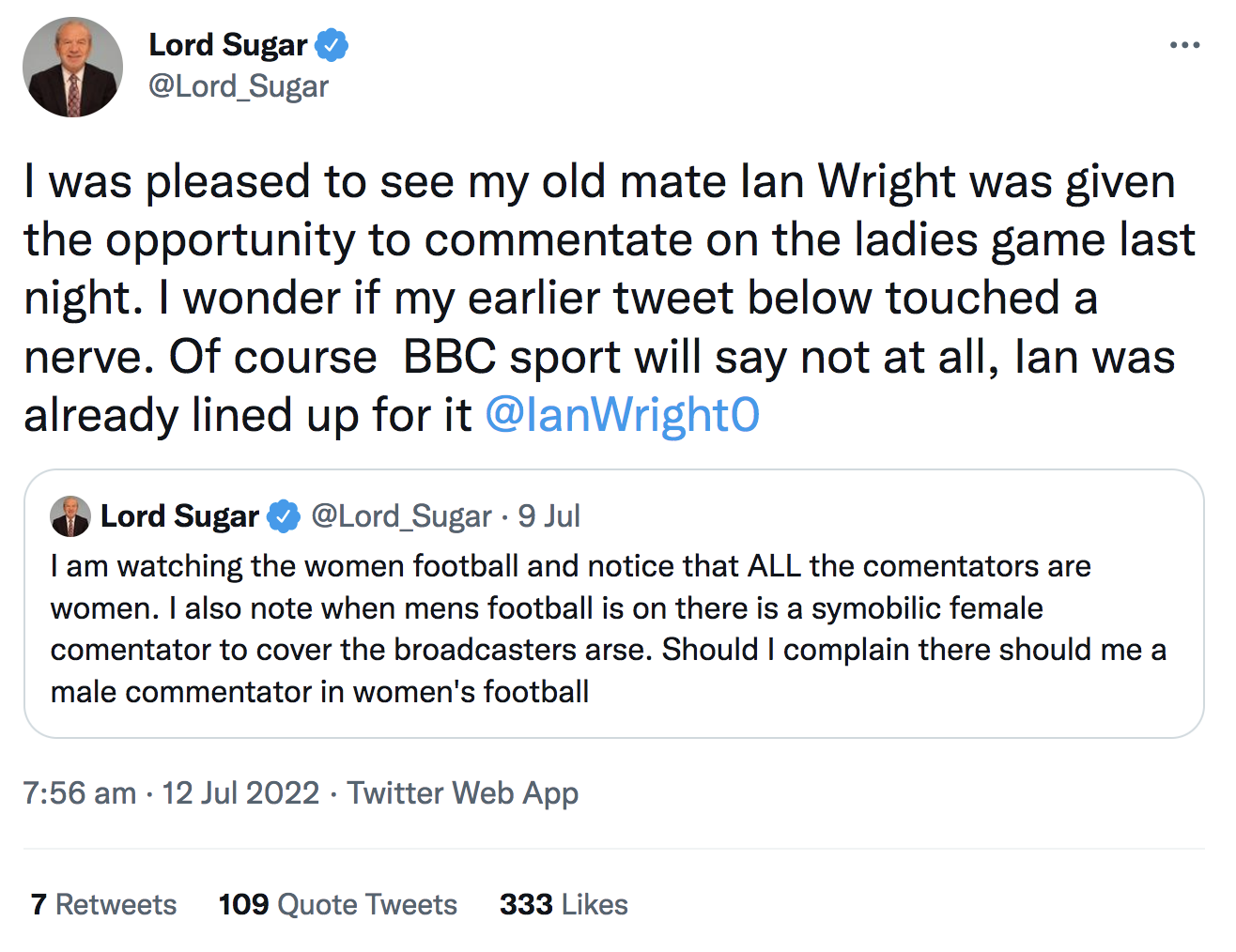 The idea that Wright was only hired because the BBC read Sugar’s tweet was given magnificently short thrift by … Ian Wright.

And his response is worth listening to in full because just when you think it can’t get any better, it does.

Here’s what Wrighty had to say, and it’s properly match-winning stuff.

“I was taking my daughter to singing lessons and the tweet’s just … it’s blowing up. It’s just doing my head in.

“Alan, the thing is, my friend, rather than just say I got it wrong – lots of men are working at all levels at a tournament – you doubled down on some complete f-ing foolishness.

“So in your mind, you actually thought, after you sent that tweet, that the BBC phoned me up? Never mind the fact that we’ve been ready to do this for a year.

“I’ve been booked for a year. You genuinely think that they called up and said, ‘Ian, you’ve got to get back from Germany ASAP. Alan Sugar’s tweeted and we can’t upset him. We need to get you on’.

“You genuinely believe that happened? Because I need to know. Because that says to me, my God, your ego is totally out of control.

“Where’s the people around you to hug you bro? You need some hugs, man. Look, you’re coming on here, coming on Twitter for attention like this, it’s laughable. Stop doing it to yourself.

“But I’ve got to say thank you, thank you, man, for that tweet. Because if it wasn’t for you, I missed one of the greatest ever England games that’s ever been played.

“The thing is, all seriousness, I’m glad you’re watching. And the only thing that you can find fault with doesn’t even exist.

“I sit in rooms, I sit in these rooms with ex-players, belittling the women’s game all the time. I’m so glad that it annoys you and all of them.

“Can I just say, I hope you enjoy the rest of the tournament. Can you please tweet again so I can work Friday? Please? God bless.”

And here’s just a flavour of the love people were feeling for the former Arsenal and England forward.

I don’t care if he’s Arsenal, Ian Wright is the boss https://t.co/gljRJQaIDI

This is up there with ET, Citizen Kane and It’s a Wonderful Life as one of the greatest films ever made. Bravo Ian, bravo. https://t.co/ovKRLpIKhd