To the Sun – no, stick with us please – where its front page went viral today after it suggested the UK had gone back to the ’70s. 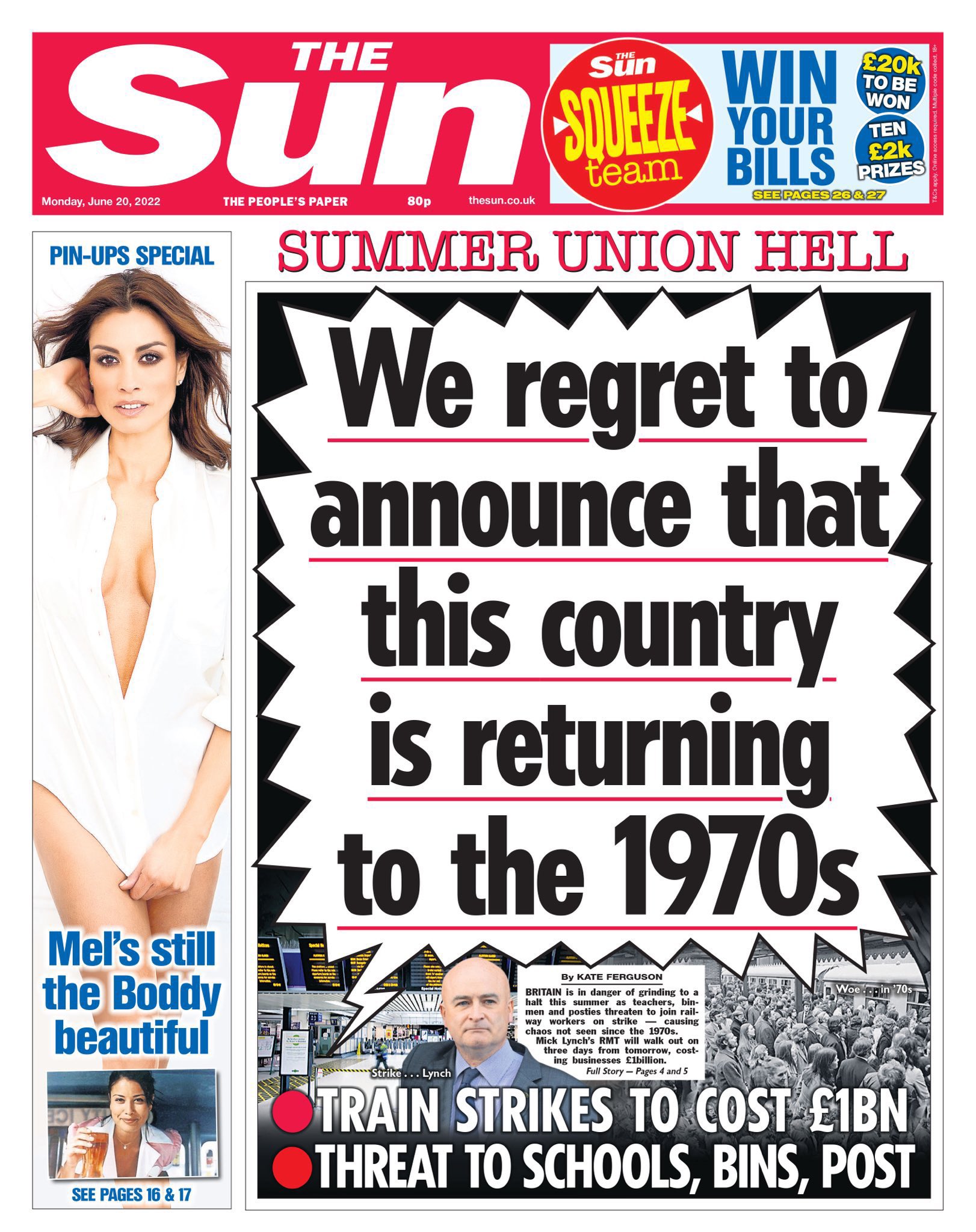 Here’s a little bit of what it had to say ahead of this week’s rail strikes, the biggest for 30 years.

‘BRITAIN is in danger of grinding to a halt this summer as teachers, binmen and posties threaten to join railway workers on strike — causing chaos not seen since the 1970s.’

And it prompted no end of comment as you might imagine. And these 13 responses surely said it best.

If you mean we're outside the EU with low growth, high inflation and a government that wants to bring back imperial measurements and grammar schools, then yes. pic.twitter.com/GoO5UDbaAI

Well, you were warned! The Tories warned you this is what would happen when Jeremy Corbyn was Prime Minister! But you didn't listen did you, you refused to listen and now look, he's taken us back to the 70s just as was prophesied. DAMN YOU, JOMMERY CROOPIIIIINNNNNN!!!! pic.twitter.com/4Tx88dU4Mn

In a few years they will tell you to vote Tory to avoid the things that are happening under the Tories pic.twitter.com/XD9P37kinM

Both governments in the 1970s who had excessive union trouble fell because of it, so I’m really not sure this is the winning line they think it is. pic.twitter.com/D7djr06DMt

Imagine our shock at Britain returning to the 1970s. pic.twitter.com/1Wi2d8DlTa

The Sun said the UK would return to the 1970s under Jeremy Corbyn. Corbyn lost and Boris Johnson is our Prime Minister; helped in a large part by The Sun. Clowns. pic.twitter.com/uhQl0tE1TC

Housing for all, a working NHS, etc…. pic.twitter.com/Rp6WYuVjb5

1. Didn't you say the opposition would return the country to the 70s if it gained power?
2. Your reactionary disinformation has been a contributing factor in the regression.
3. *You're* announcing? Seriously? I set up a website and wrote two books warning about it (& you). pic.twitter.com/yzWXqWnQLm

Exactly as you predicted but with one subtle difference!!!! #JohnsonOutNow pic.twitter.com/2bVTxGvqbv