Sunday Telegraph editor Allister Heath must have shares in a wool company, judging by the amount of it he’s trying to pull over everyone’s eyes with this political think piece. 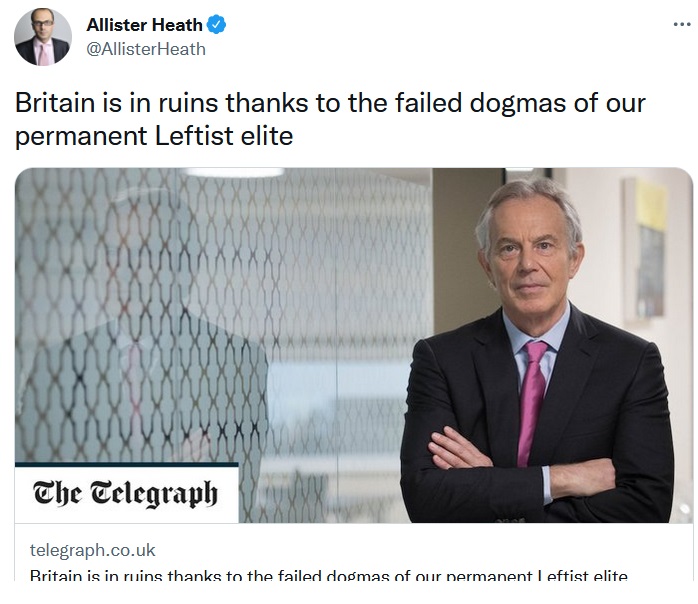 He might not have spotted the flaw in his argument, but everybody else did.

These six responses were savage, factual – and very funny.

YOU'VE BEEN RUNNING THE FUCKING COUNTRY FOR TWELVE YEARS. https://t.co/5CYCZEYvUd

Telling my boss my project is shitty because of the guy I replaced 12 years ago https://t.co/hVw9MxDudB

Is the permanent leftist elite in the room with us now https://t.co/5FJ2d1MFJZ

Leftist elite 😂😂😂😂 The Oxbridge chancers are trying to sell you a story where they are not the elite. It’s always Opposite Day for them https://t.co/583x0oZ1cw

I would have more patience for Heath's "elite managerial class" denunciations if there was literally any problem conservatives didn't think could be solved by handing leadership of it to a 56 year old former hedge fund manager or columnist they bullied poor kids with at Oxford.

It’s practically a form of entertainment – a summer pantomime.

Whenever you start wondering what mind-bending bilge bollock-brained, Brexit-supporting Boris Johnson fans could possibly come up with next, up they pop to tell you. It's almost a public service. https://t.co/N1XoaFgYwI