The Star Wars universe joined many other brands in celebrating Pride Month with some apt covers created by LGBTQIA+ artists for their comics.

The official account tweeted a picture of one of them.

The scene showing the lesbian couple T’onga and Losha Tarkon was very well received by a lot of LGBTQIA+ people and allies, picking up responses like these.

My gay ass plotting to buy a million copies pic.twitter.com/iCbRM0VTlo

Gay characters in star wars is TOO FAR! Star Wars has always been a proponent of family-friendly, wholesome romance, like when Luke Skywalker unknowingly made out with his sister in the second movie https://t.co/uipPJeaNkA

Thank you for this!: https://t.co/wEGUV0qQGA

Unfortunately and – sadly – unsurprisingly, there were also a lot of negative and bigoted comments. 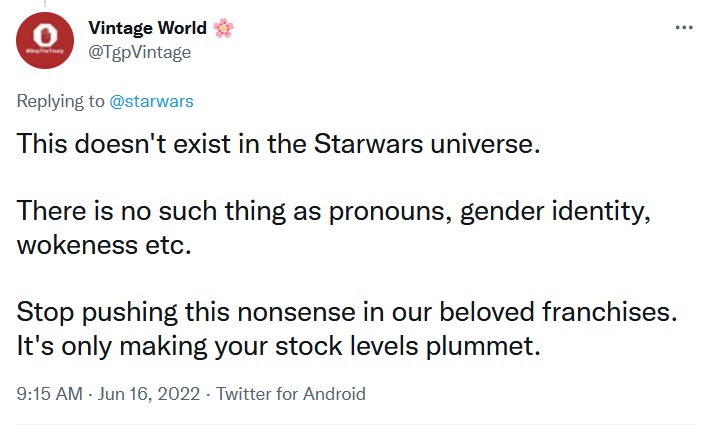 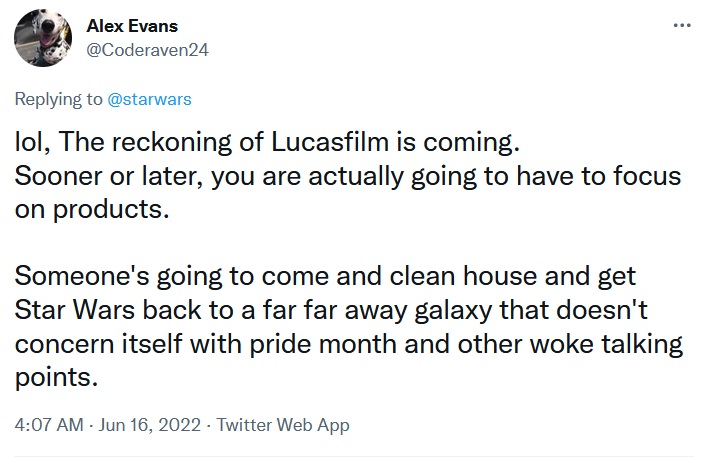 One tweeter had a specific accusation.

Inspired by this tweet, I decided to see how quickly Star Wars gets political. The answer is 26 seconds.

Neckbeards: "Why are you getting political?" https://t.co/PO3kb32FXh

Star Wars “fans” can accept a little brother-sister action but don’t you DARE put two women on a cover with some rainbow lighting https://t.co/U6WsnwBb13

Please keep politics out of it, kthx. https://t.co/qr7euHxgsp

The people making this “political” are the ones freaking out over it. Why are they so obsessed over LGBT issues that one tweet sets them off? https://t.co/yse6bdAq6M

Whoever was in charge of the official account had the definitive clapback.

2. Star WARS is literally in our name

Give the Star Wars Twitter intern a raise! pic.twitter.com/0RzUEroETE

WE LOVE TO SEE IT https://t.co/HoSY6UM1MB

*bangs gavel* this conversation is now CLOSED. the last word on it has been spoken and is canon https://t.co/cg26W04Lou