We have to confess we didn’t know a lot (anything) about right wing US ‘influencer’, anti-vaxxer and much else besides Candace Owens before now.

A quick search reveals she once suggested the US invade Australia in order to free its people ‘suffering under a totalitarian regime’ and was praised by Donald Trump as a ‘very smart thinker’.

Possibly this is all we need to know.

We only mention her after she went on Twitter to troll people worried about the monkey pox, which has seen an unusual rise in a number of cases in multiple countries around the world.

I will laugh in the face of any person who lines up to get the monkey pox vaccine.

Because stupid is funny. 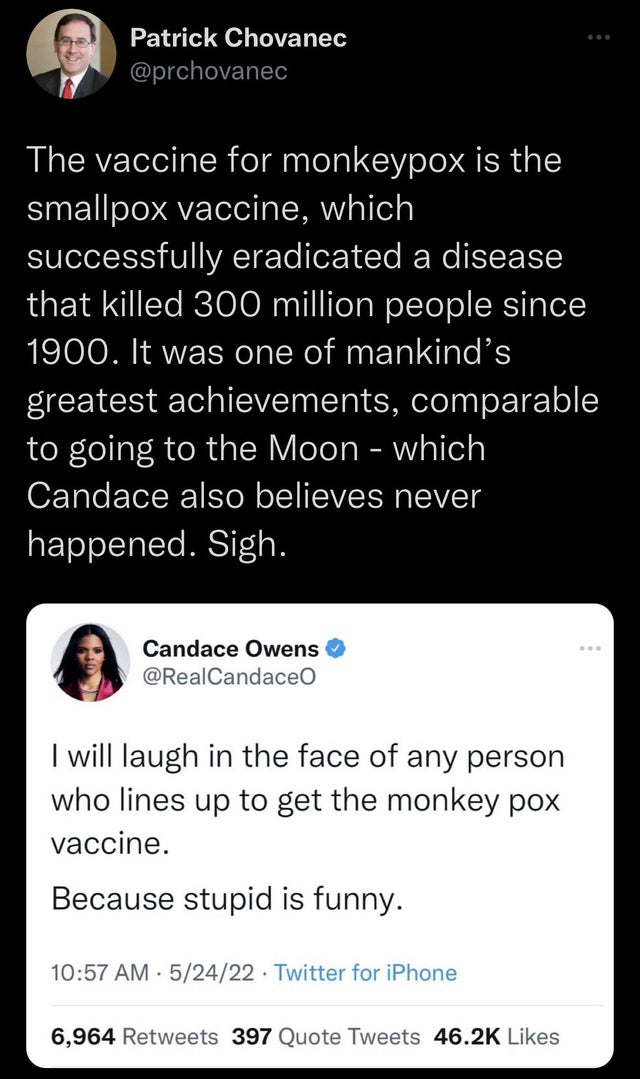 ‘If stupid is funny then she’s fucking hilarious.’
ExactlySorta

‘Wait I thought they were “not anti-vax, just anti this vax.”
PB219

‘After covid they’re probably “anti-any new vaccine that’s ever produced because the government is out to get us.”

‘She’s just so uninformed she doesn’t realize the vaccine for this has been around for over two centuries.’
Equivalent-Draw-3066