Latest in an occasional series, comeback of the day was a clear winner, highlighted by comedian Adam Hills over on Twitter.

It’s an exchange that was begun by Professor Peter Doherty, an immunologist, Nobel laureate and author of books including The Beginner’s Guide to Winning the Nobel Prize, the Knowledge Wars and An Insider’s Plague Year.

The clues were there, weren’t they?

And just in case that’s tricky to read in full … 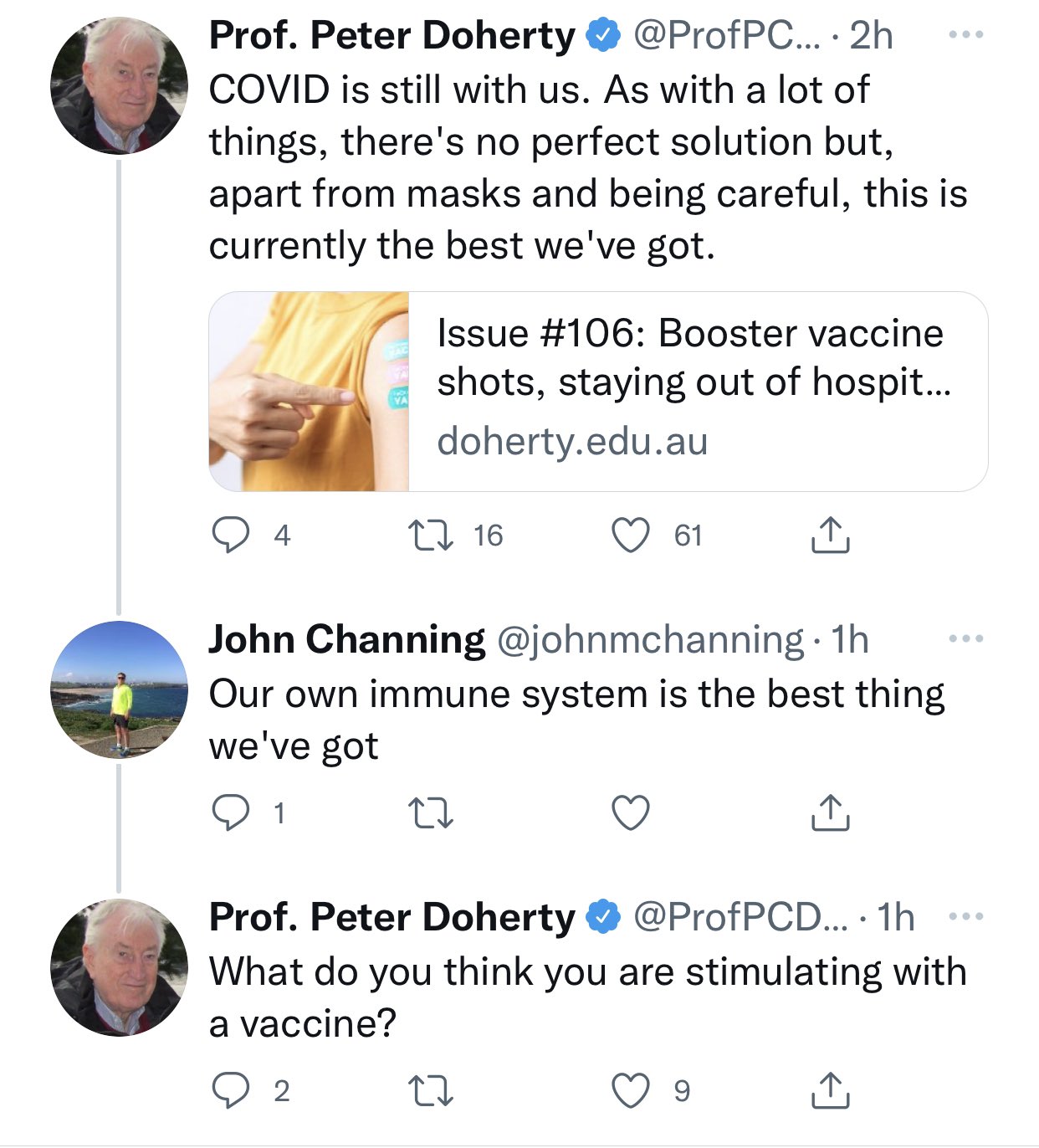 Imagine thinking, “yep, picking a fight with a Nobel laureate today”.
The audacity.

The topic is immunity, and your contestants are a Nobel Prize winning immunologist, or John from the Internet.