First of an occasional new series, menu of the day goes to this Indian restaurant which threw some serious shade at Americans’ capacity for spicy food.

It was shared by Redditor MildlyOblivious who said: ‘This spice chart at an Indian restaurant I went to.’ 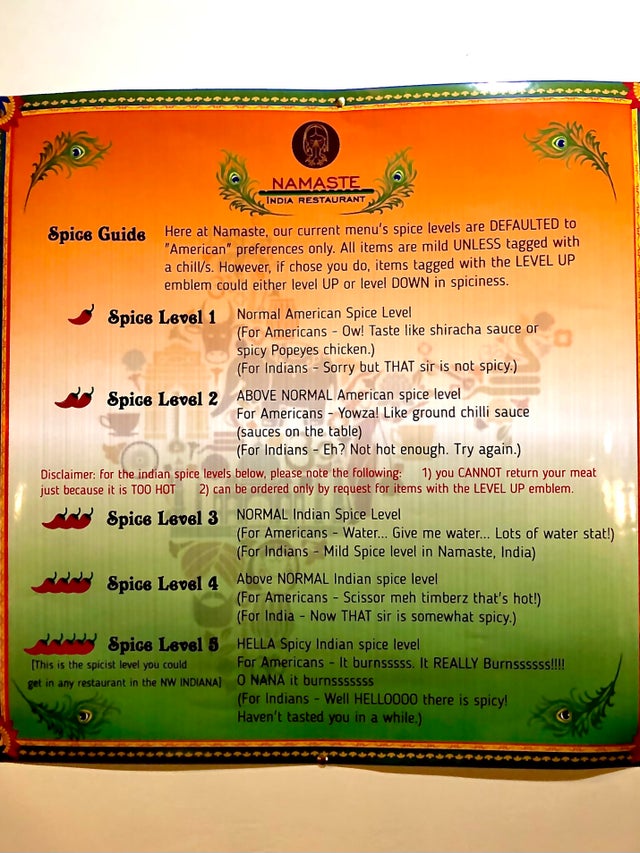 And here are just a few of our favourite things people said about it.

‘In my experience, they will never give me the spiciest level. I have some Nepalese and Indian friends that tell me “ask for a Nepalese/Indian 10 and they’ll know you actually want it authentically spicy,” but they still never do.’
ItsDokk

‘I’m the only white guy in my dept at work, I keep bugging my Indian colleagues to bring me something to make me suffer, they haven’t yet.

‘Then we got a new Mexican recruit, now that f-cker brings some hot food.’
Comeinmydump

‘I once at a Thai restaurant that had:

‘As the spice levels. I like spicy and got the Thai level…while delicious, I still regret that decision as it played out an hour or so later.’
magneticgumby