Latest in an occasional – almost daily, you might say – series, comes this effort shared by beerbellybegone who said: ‘That’s just crazy talk.’ 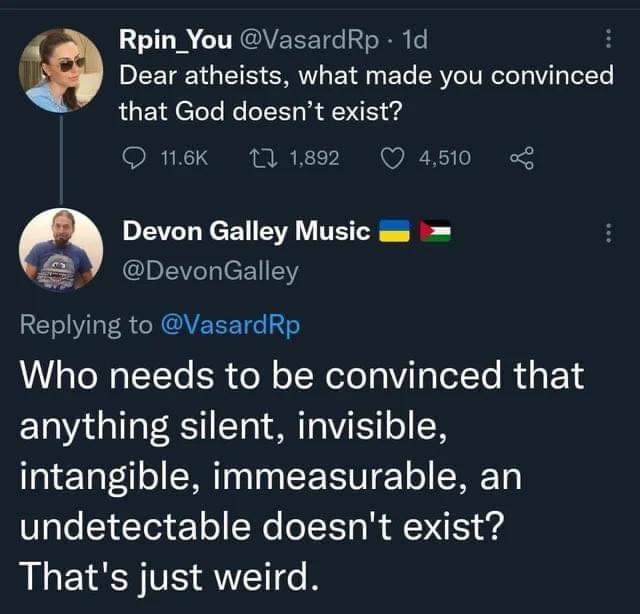 ‘To prove that god exists you need just that : a single thing that proves its existence. One single empirical piece of evidence.

‘The burden of proof lies on the religious, not the atheist.’
brique_

‘When I found out that adults lied to me about Santa Claus to change my behavior it was the beginning of the end.’
WanderingFlumph