You might have seen the extraordinary comments today by the government minister who said people struggling to pay their bills could do their bit to solve the cost of living crisis by working longer hours or getting a better paid job.

Safeguarding minister Helen Maclean presumably thought she was helping but succeeded only in prompting a wave of outrage and mockery.

A government minister has suggested that people struggling with the cost of living should take on more hours or move to a better-paid job.

There was one upside, however, and that was the brilliant Rosie Holt’s take on the whole thing which has just gone viral because, well, watch.

MP says people should get a better job such as “a banker” to protect themselves from cost of living surge pic.twitter.com/CaXBSJUilK

At this point they should cut out the middle man and just send this character out to their media appearances instead https://t.co/98ggY4AV2D

Top advice. I’ve gone from a primary school teacher to CEO of GlaxoSmithKline this morning. Should have done it years ago!

Such a shame Rosie isn't a real MP, she'd fit into my Cabinet so well. https://t.co/fUHcS7RRGa

WE DON'T KNOW WHAT IS REAL ANY MORE https://t.co/xcDgx4L12g

And as ever the people not getting it – entirely forgivable given the state of this government, obviously – made it even better. 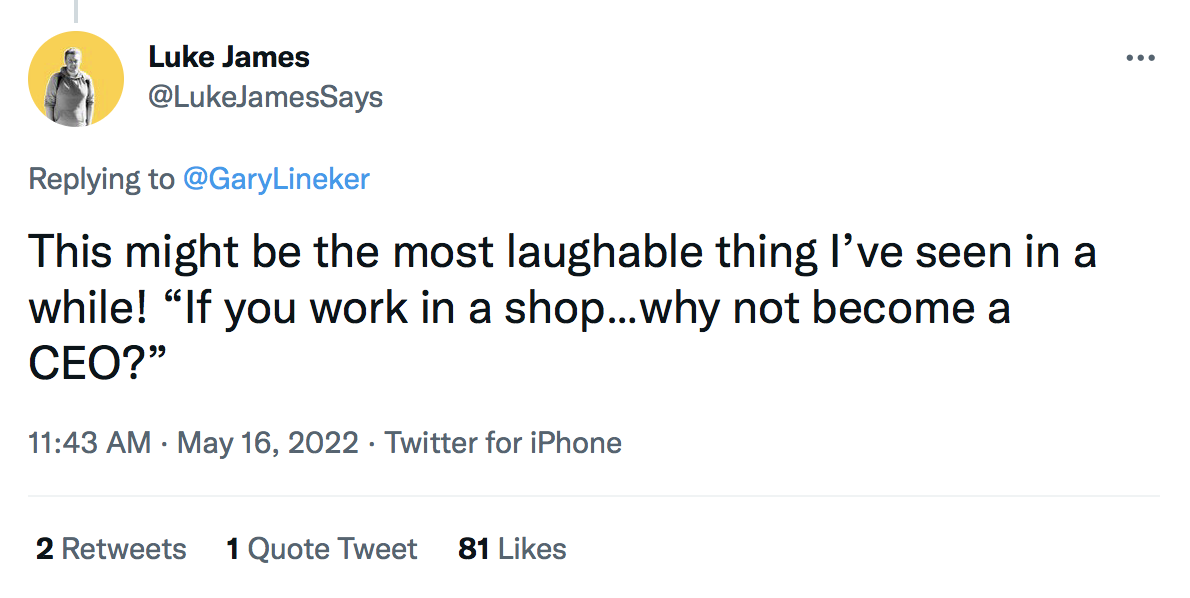 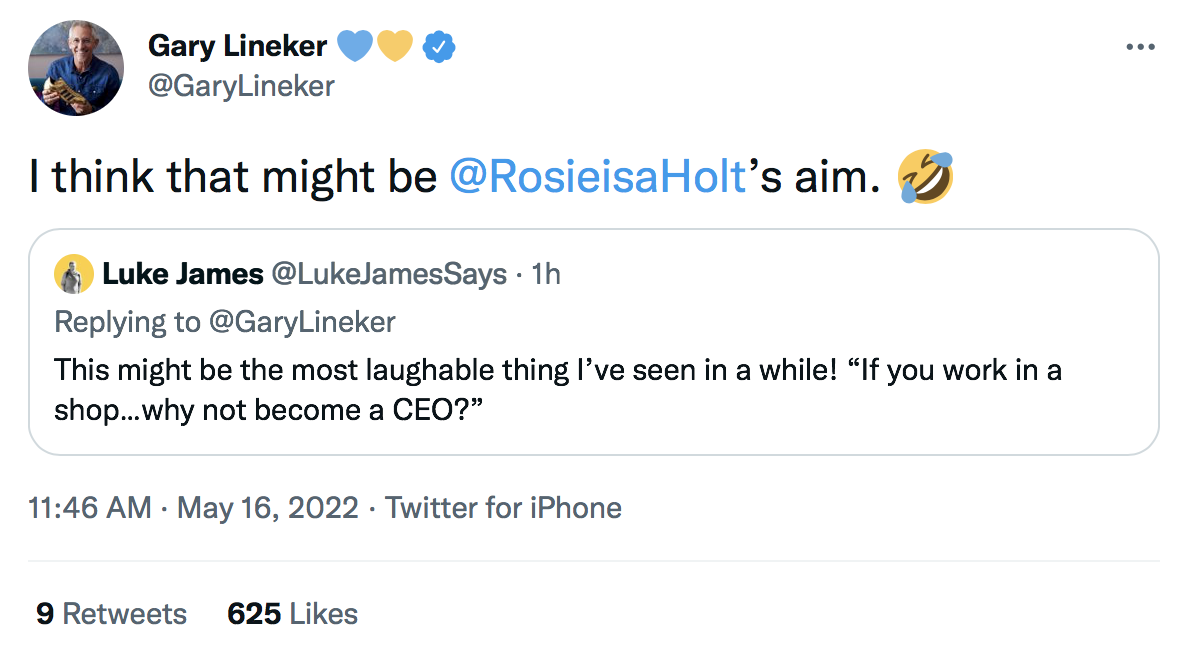 Hello, you can help support my work like explaining to people they can just get better jobs here ( though as always no worries if not xx ) -: https://t.co/Zi3YYJwNuj