If you were wondering why the government isn’t addressing the rising cost of living, you could be forgiven for thinking it’s because they’ve been too busy stripping human rights and plotting to break the Northern Ireland agreement that they negotiated and signed.

They’ve actually been even more productive than that by taking the time to set up a 10 Downing Street TikTok. This was their first upload – or upstream, if you’re Nadine Dorries.

To put it another way …

from Meme GIFs via Gfycat

We’d have been more impressed if they’d rewritten The Wellerman and had Boris Johnson sing it while flossing, but we’re used to disappointment from No. 10.

In less disappointing news, they did enable comments – and TikTok users made the most of it.

Can we get a party planning guide, queen?
Daniel Millar

The comments are gonna be turned off so quick.
<3

Boris can you do a hairstyle tutorial please?
SebFUT

My parents are away on holiday, they said no house parties – any tips on how to keep it on the down low? My neighbours are nosy.
Leigh Hedd

Tik Tok is not for politicians, it’s for people to take the mickey out of politicians.
JackVeloster

We’re not sure how closely Downing Street’s social media team looked into TikTok, but they also allowed stitching, and these are some favourites out of the 340 duets currently on there.

In case you were wondering, there is already a second TikTok – and it looks like this … 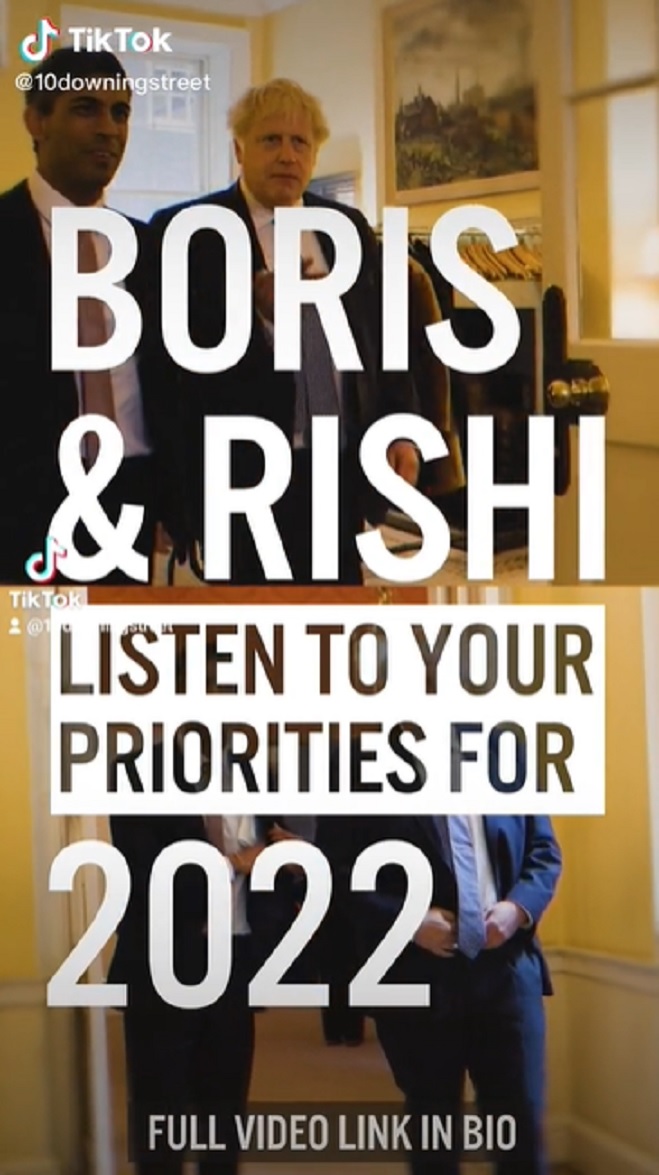 My priorities are being able to afford to live mate.
RooberryStar

A TikTok user named harley had a request.

Hey, Boris. Can you do the trend where you resign and let someone else be pm?