As you’ve probably spotted by now, it wasn’t a great set of local election results for the Conservatives.

Initial suggestions that it would be ‘a bit rubbish’ for Boris Johnson proved wide of the mark, as the full results confirmed it was ‘flipping awful’.

The Conservatives have lost almost 500 seats in the local elections, with Labour and the Liberal Democrats taking control of a number of councils.

But in an uncertain world it’s good to know some things remains resolutely predictable. Like the Daily Express, for instance. 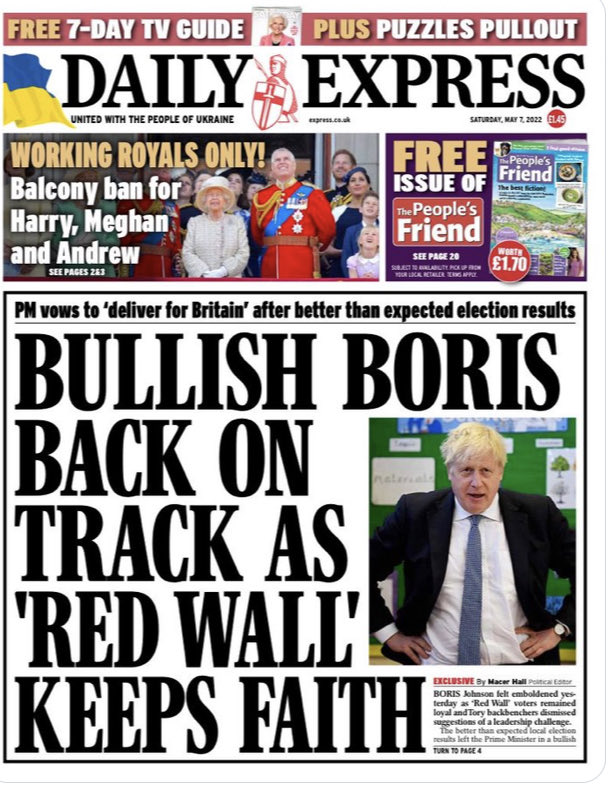 “Bullish Boris back on track as red wall keeps faith”.

And these are surely the only 5 responses you need.

Hands up if you didn't realise that losing 500 seats was a victory. pic.twitter.com/FSLuosgzjh

Daily Express: WHAT A VICTORY FOR BULLISH BORIS!!!!! pic.twitter.com/2id8D3uwfF