You’ll remember how excited Priti Patel was to announce her plans to send asylum seekers coming to the UK to Rwanda.

Our new partnership with Rwanda shows we can no longer accept the status quo.

People are dying and the global migration crisis requires us to find new ways to work in partnership.

It will deal a major blow to the evil people smugglers.

This is what it means 👇🏽 pic.twitter.com/J5RAynuGu7

Well it turns out that not only was the Home Secretary’s wheeze wrong on all sorts of levels in the eyes of so many people, it also might be illegal as well.

And the Daily Mail isn’t happy, it really isn’t happy at all. Here’s the paper’s front page today. 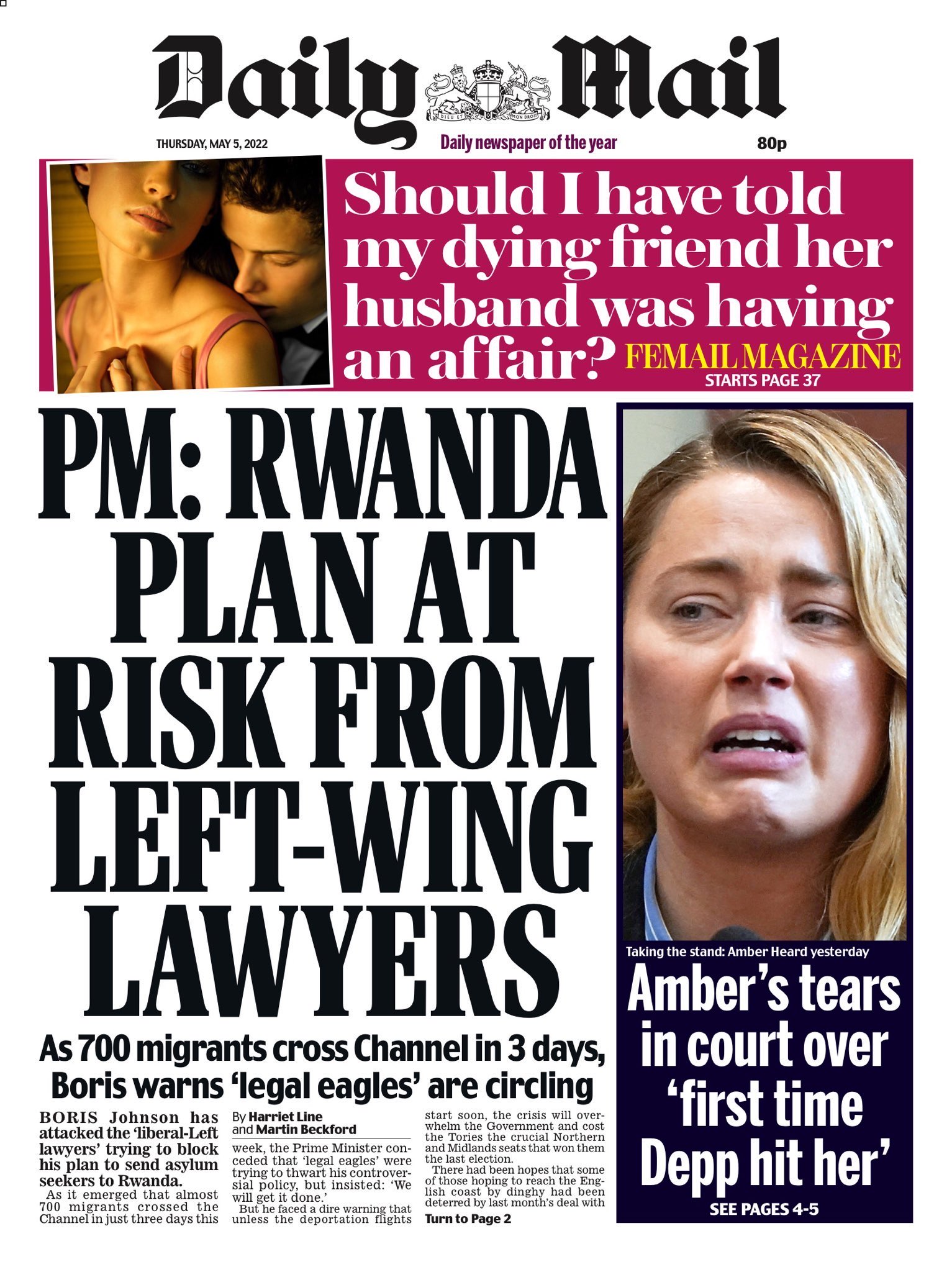 And these are surely the only 5 responses you need.

It doesn’t matter whether a lawyer is a Communist or to the right of Genghis Khan, it’s the actual law that determines whether an act is illegal. And it’s not hard to work out why Boris Johnson has a problem with actual laws. Performative, deliberately divisive rabble-rousing. pic.twitter.com/P51JiO9h4v

Relax, if it’s legal, you’ll get your inhumane way. 👍🏻 pic.twitter.com/wtTlHkFtAe

Mr Johnson, It’s not lawyers (left wing or not), but the LAW that says you’re doing something illegal pic.twitter.com/tzhtcf00UN

Pretty clear this entire policy was designed with the sole purpose of getting this headline, rather than to actually happen. pic.twitter.com/Jgjt0AN2Gs

Relax. If it’s all legal, then it’s not at risk from lawyers of any political stripe. pic.twitter.com/r1RxTKN3Rc

Just in case it’s not already clear by now …

Increasingly deranged rag implies that ‘left-wing lawyers’ have sneakily got some different laws up their sleeve. That’s not really how it works. Much as the Prime Minister might wish to disagree, the law is the thing that determines whether something is legal. Divisive twaddle. pic.twitter.com/5GOhGgfBze

… and if it’s still not clear.

Only plans which break the law are at risk from lawyers, left-wing or otherwise. https://t.co/eTKFGiTiJt