Adam Hills’ masterly takedown of this grim troll had everyone cheering

Over on Twitter, the great Adam Hills shared this takedown of a troll who took aim at him on Twitter and lived to regret it. 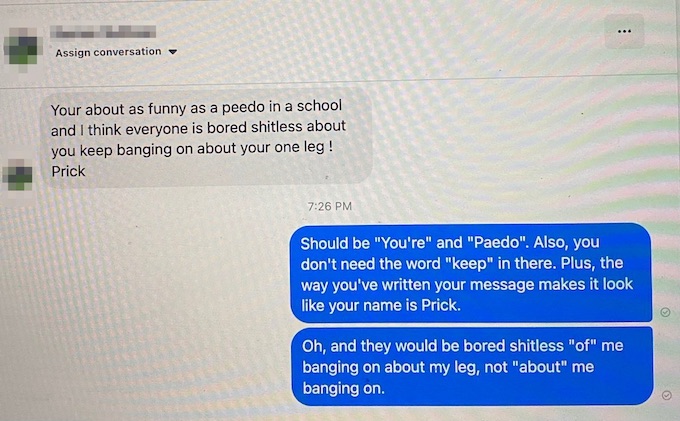 ‘Your about as funny as a peedo in a school and I think everyone is bored shitless about you keep banging on about your one leg!
Prick.’

‘Should be ‘You’re’ and ‘Paedo’. Also, you don’t need the word ‘keep’ in there. Plus, the way you’ve written your message makes it look like your name is Prick.