‘Self-proclaimed “nice guys” are manchildren or douches, who mistake being spineless and pathetic for being “nice”.

‘Most posts feature men, but posts of anyone who fits the nice guy archetype are allowed.’

And these 13 are all prime examples of the genre, so-called nice guys who are the complete opposite. Be aware – contains NSFW language and misogynistic and sexual slurs.

1. ‘All I did was offer to give him rides to work so he wouldn’t have to walk …’

2. ‘Nice guy tries to insult a woman and accidentally compliments her instead’ 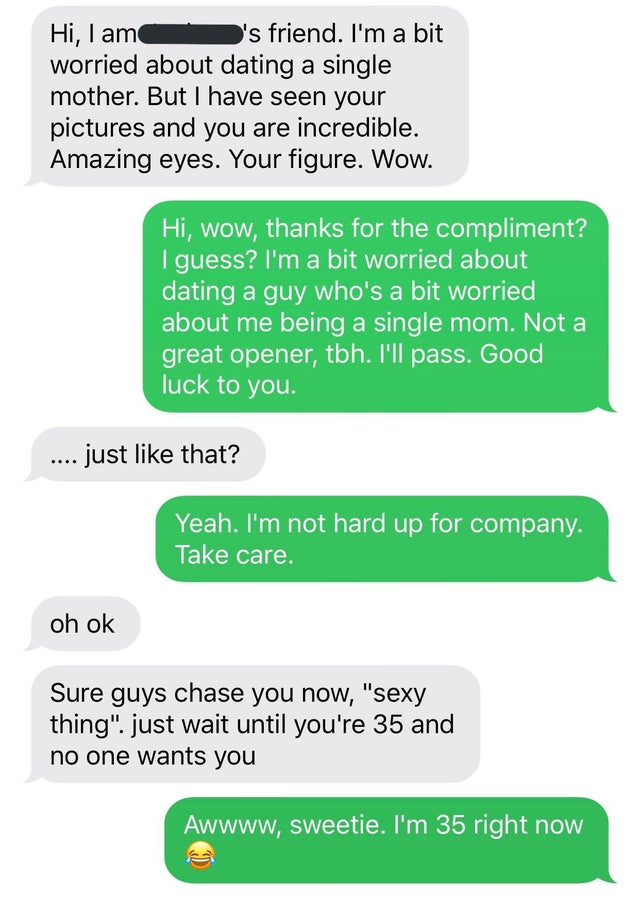 3. “God we could have worked out too” 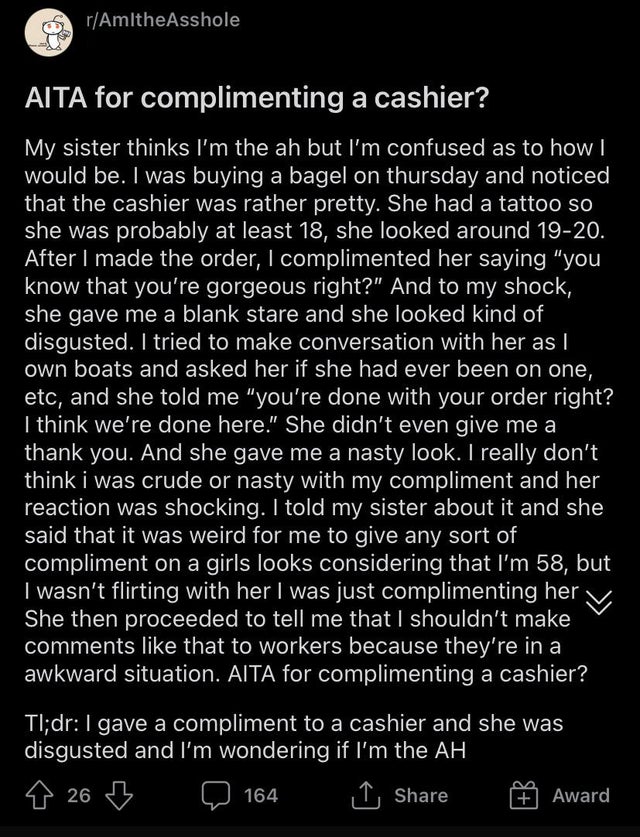 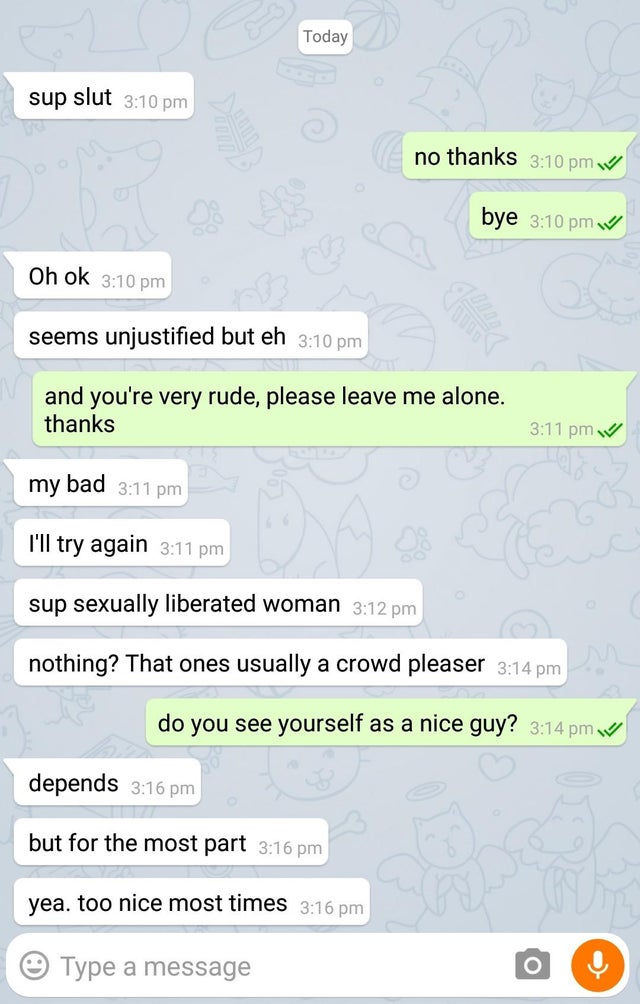 7. ‘My conversation with a self-proclaimed ‘nice guy’ 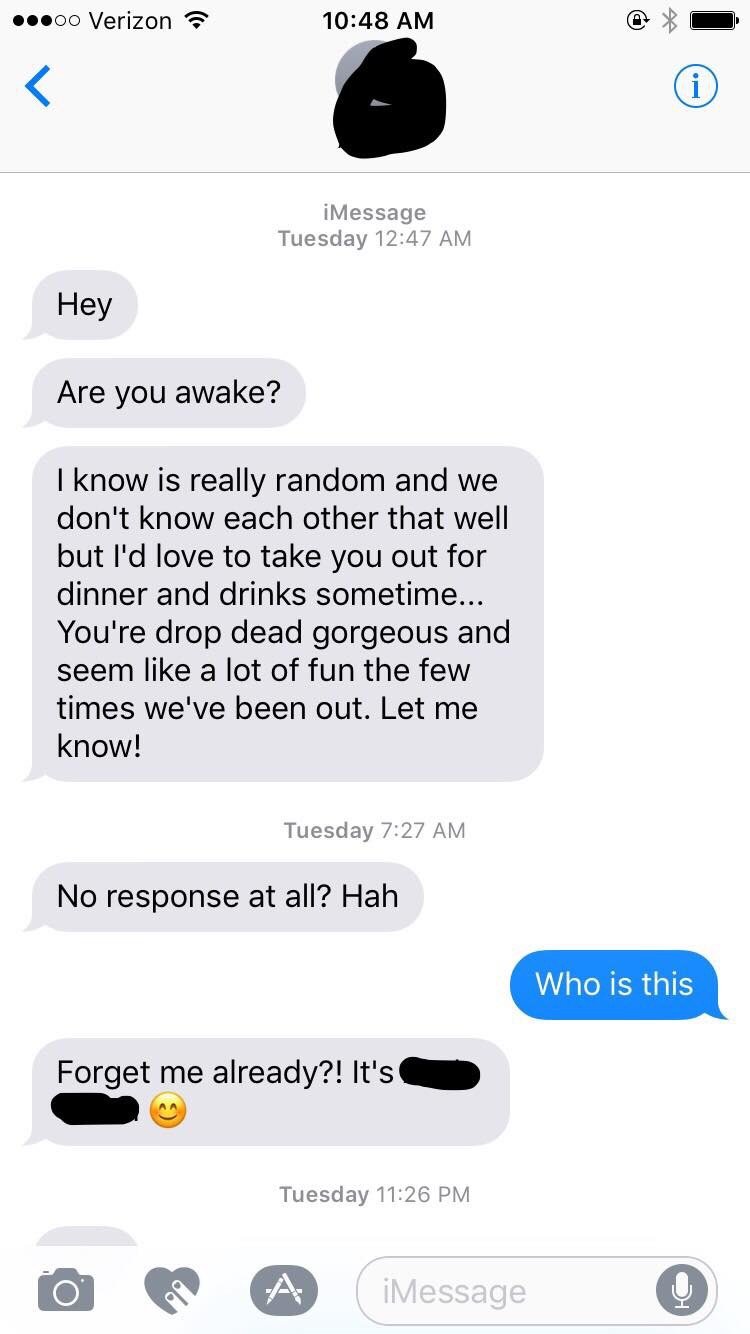 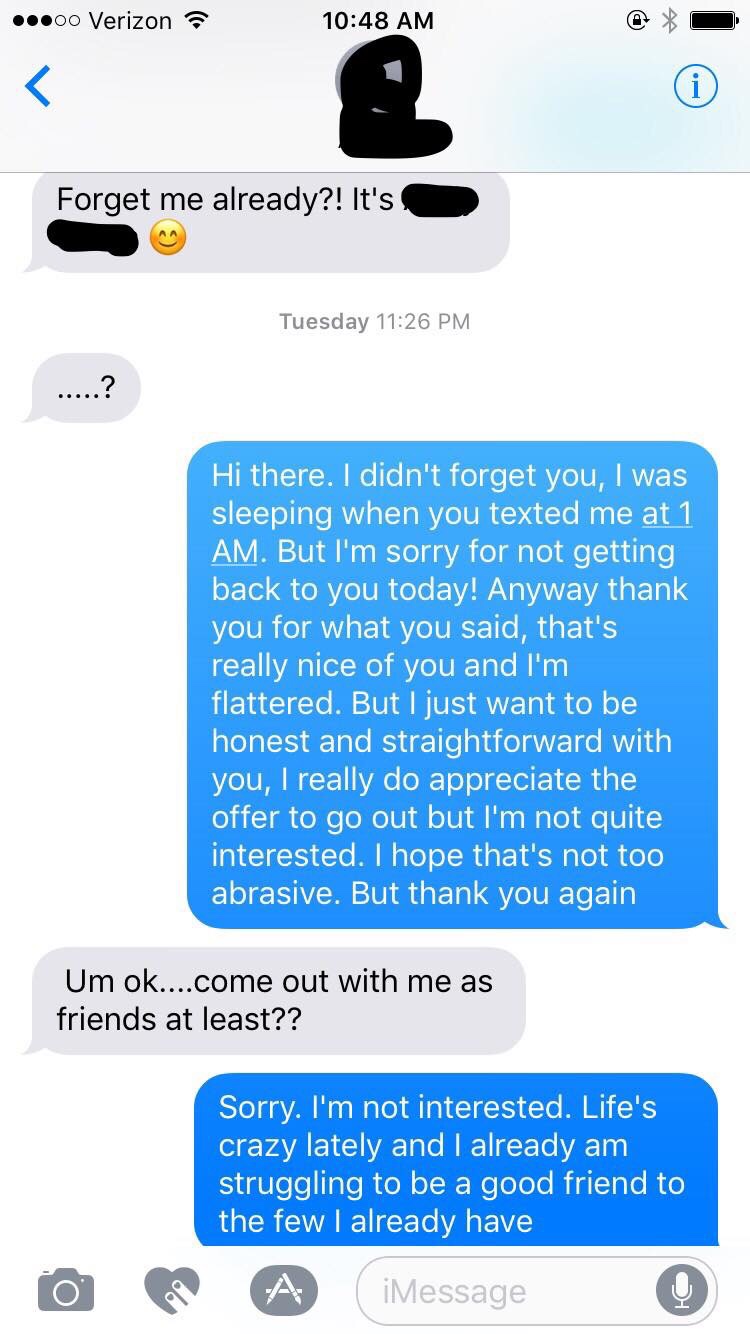 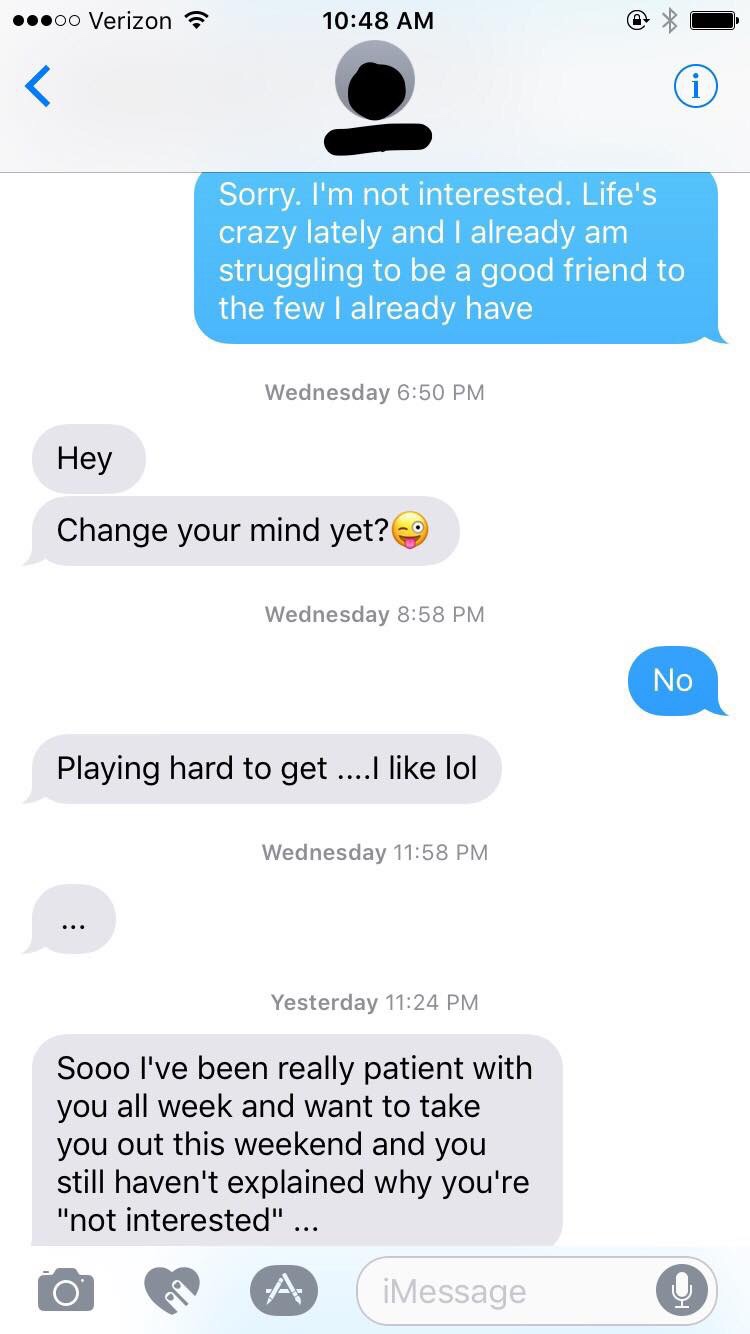 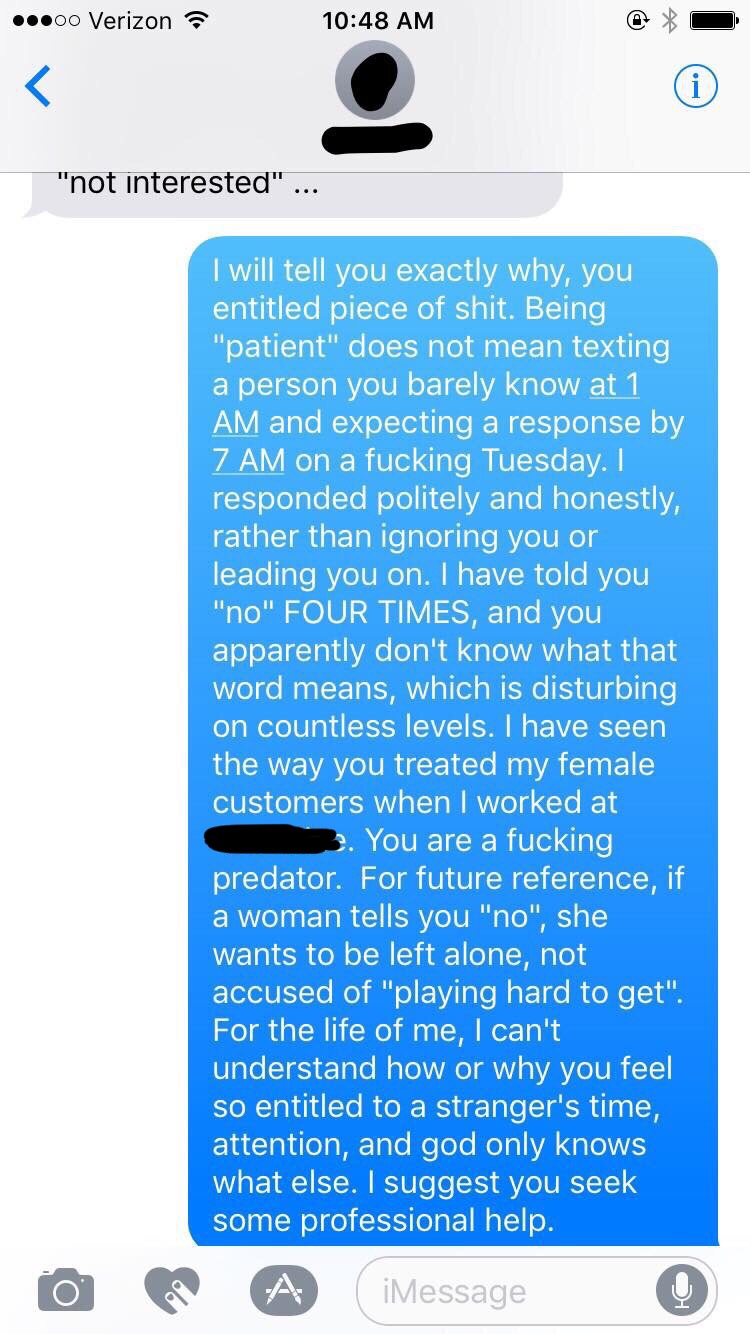 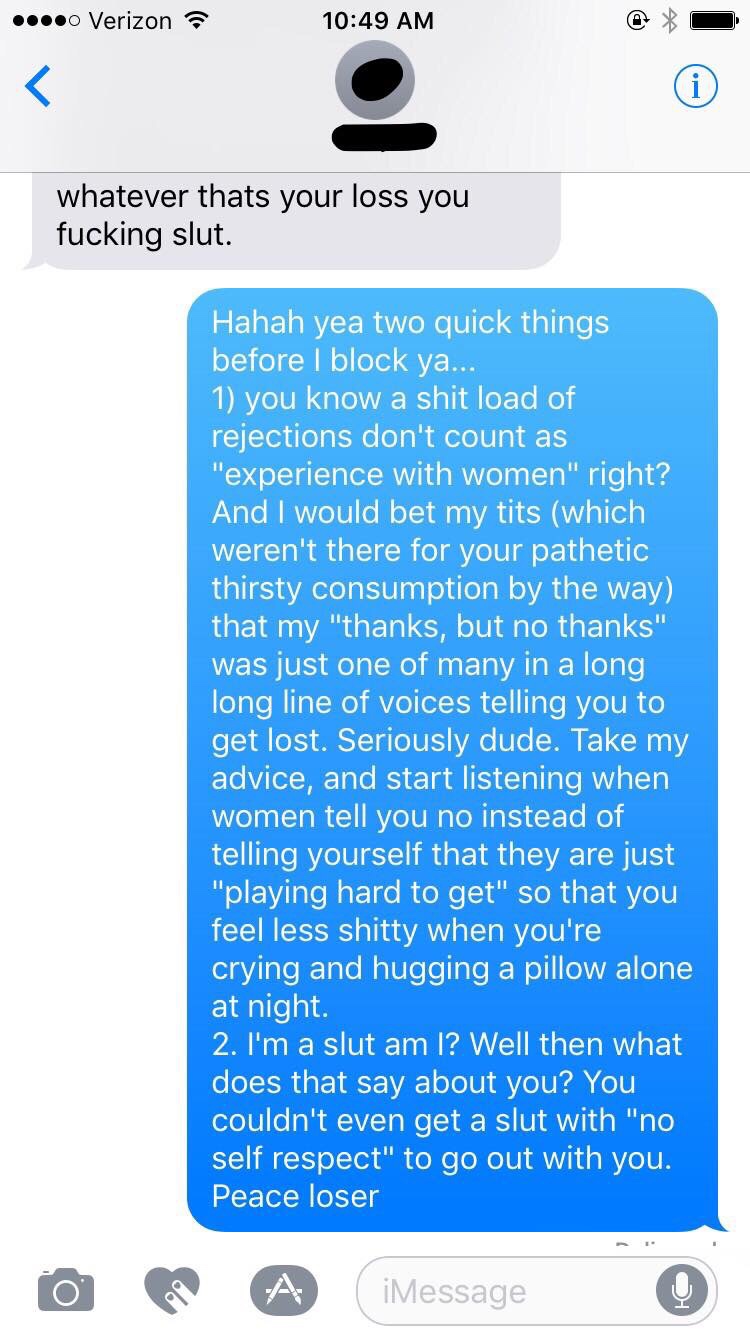